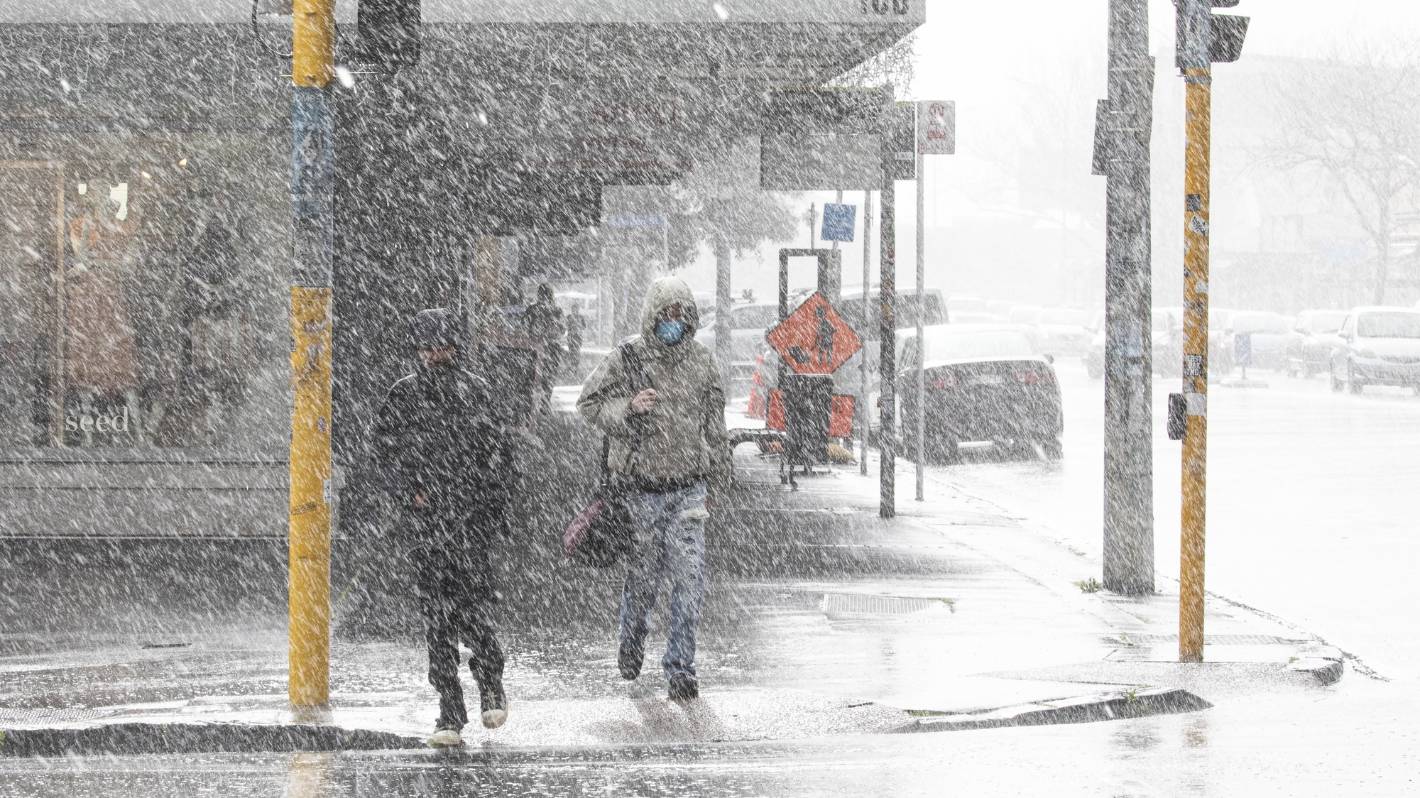 Holidaymakers in tents and boaties are being warned to prepare and be careful as a weather system bringing heavy rain and gales moves onto the country.

On Tuesday, MetService upgraded a heavy rain alert for Northland from a watch to a warning, while many other regions have rain and wind watches in place, and more areas could follow.

The downpours and gales are expected to start overnight Tuesday in Northland and Civil Defence in the region is warning people to prepare. Included in the warning is advice to ensure tents are secured.

Boaties were warned that a heavy swell was expected along eastern coastlines from Northland to Coromandel Peninsula.

That was not expected to ease until Friday.

Thames-Coromandel District Council has also warned holidaymakers in tents to be “extra prepared for heavy rain and windy weather starting Wednesday and hanging around through to the weekend”.

The cause of the incoming stormy weather is a subtropical low in the Tasman Sea that MetService said was expected to direct a strong and moist northeast flow over central and northern parts of the country on Wednesday and Thursday.

Along with the heavy rain and severe gale northeasterlies, there was a risk large northeast swells could bring hazardous conditions to exposed coasts, MetService said.

“Temporary structures such as tents could be affected.”

Heavy rain could start falling in Northland from 1am Wednesday, with the risk lasting through to 7am Thursday.

Up to 160mm could fall, mostly in the north and east of Northland, while as much as 250mm could fall in the eastern hills. Peak rates could hit 30mm an hour.

Other areas with a chance of heavy rain are covered by heavy rain watches. Those are Auckland, where heavy rain could start falling from 9am Wednesday, Coromandel Peninsula from 9pm Wednesday, western Bay of Plenty from 3am Thursday, and western Tasman from midnight Wednesday.

Some of the rain watches now in place could be upgraded to warnings and the rain could spread further into eastern Bay of Plenty.

“We’re also expecting a chance for heavy rain all the way down the west coast of the South Island, as well, but that’s later in the week,” Owen said.

“The rain sort of starts spreading into Northland tonight and tomorrow. It’s more Thursday and Friday for further south.”

Strong wind watches are in place for Northland from 1am Wednesday, Auckland from 9am Wednesday, and from 6pm Wednesday for Waikato, Waitomo, Taumarunui, Coromandel Peninsula, Bay Of Plenty about and west of Tauranga, Taupō, Taranaki and Taihape.

It was possible the wind watch for Auckland could be upgraded to a warning, Owen said. That area had a lower threshold for winds from the northeast because winds from that direction were more likely to cause damage there.

MetService is forecasting rain from Wednesday through to Saturday for Auckland, clearing on Sunday.

Wellington is expected to be mainly fine on Wednesday, with light winds and an expected high of 25C. Showers or rain are forecast from Thursday to Sunday, with the wind expected to switch to the south on Saturday.

Christchurch is forecast to be dry on Wednesday and likely dry on Friday, with occasional rain on Thursday and rain on Saturday, then dry but cloudy on Sunday.