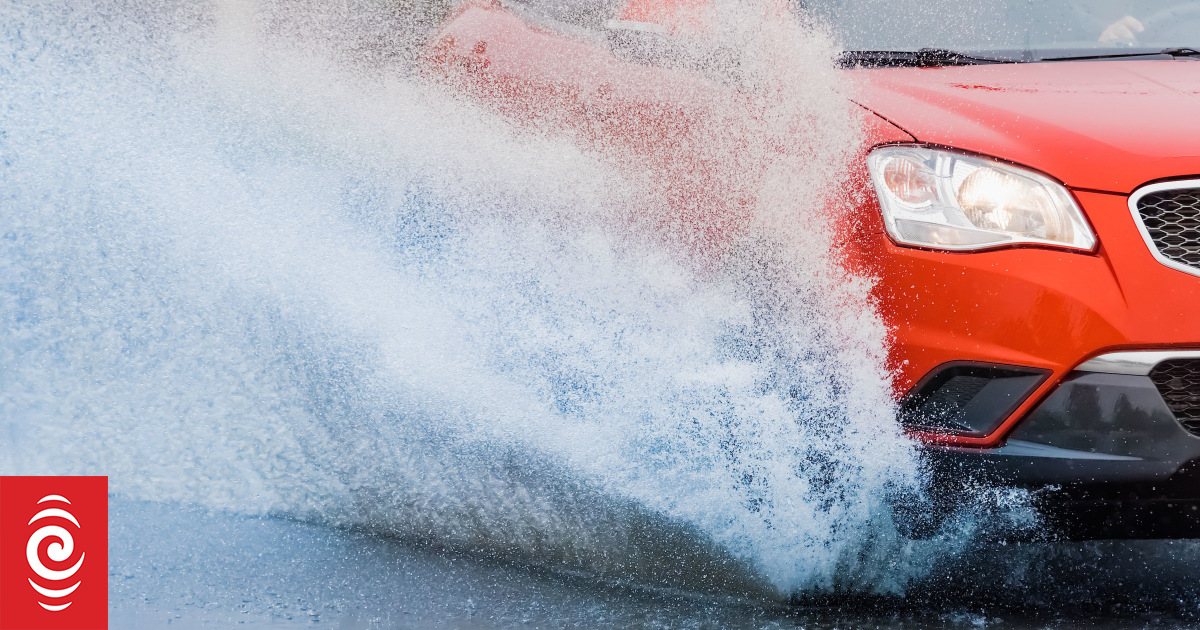 A heavy rain warning has been issued for Northland.
Photo: 123rf.com

A swathe of weather warnings are in force for the top of New Zealand as northern regions brace for torrential rain, gales and huge seas, with some parts at risk of flooding.

Skies are darkening and the wind ramping up as the first tropically charged storm of 2023 bears down on the top half of the North Island.

Those tenting in holiday hotspots are being warned to be extra prepared for heavy rain and windy weather that is expected to kick in later tonight and, for some areas, hang around until the weekend.

A heavy rain warning has been issued for Northland from 1am Wednesday, while Auckland, Coromandel, Bay of Plenty and Nelson are under heavy rain watches as the subtropical low edges closer by the hour.

Rain is expected to start falling in Auckland at 9am and keep falling until Thursday.

Eastern coastlines from Northland to the Coromandel can also expect heavy swells, not easing until Fridayhttps://t.co/qHyE5zzql5https://t.co/y7sa5Ofj1O pic.twitter.com/U1NCO3CWqv

In Northland, where many have headed for their annual summer holiday, the rain is expected to arrive overnight and fall for 30 hours non-stop.

A gale warning is in place for Auckland’s Waitematā Harbour as winds rise to 75km/h today, worsening to 85km/h west of Waiheke Island on Wednesday afternoon.

They said one international Jetstar flight from Gold Coast was diverted to Christchurch, but had now landed in Wellington.

“A subtropical low over the Tasman Sea is expected to direct a strong and moist northeast flow over central and northern New Zealand on Wednesday and Thursday, with some areas likely to receive warning amounts of rain and possible severe gale northeasterlies.

“Heavy rain could cause slips, surface flooding and damage to roads. Severe gales could make driving conditions hazardous, especially for motorcycles and high-sided vehicles. Temporary structures such as tents could be affected.”

A number of flights in and out of Wellington airport have been cancelled, delayed, or diverted because of cross winds.

An Air New Zealand spokesperson said the wind was flowing in two directions at different altitudes, making it difficult for arriving flights to land.

A spokesperson for Wellington Airport said some departing flights have also been cancelled as a flow-on effect.

MetService warns the top of the country can expect to see up to 160mm of rain in a day in northern and eastern regions, while hilly areas in the east could expect up to 250mm.

It says this level of heavy rain could see streams and rivers rise rapidly and flooding and slips possible. Driving conditions might also prove hazardous in the region.

Seas are forecast to rise along the eastern coastline from Northland to Coromandel and not expected to ease until Friday.

After mostly dry weather over the holidays, wetter conditions are set to return this week. ☔

These maps show the chance for rainfall >25 mm from Tuesday to Friday. While most rain will be confined to the upper NI through Wednesday, rain becomes more widespread from Thursday. ️ pic.twitter.com/YnOXig6GoD

Thames Coromandel District Council is warning the thousands of holidaymakers visiting the region to prepare for the incoming deluge.

“Check your tents drainage, make sure they are tied down, and have a place to go if things get uncomfortable.”

Northland Civil Defence this afternoon urged people to relocate items from flood-prone areas, secure outdoor future and structures, including tents, and have supplies on hand in case of power cuts or road closures.

“This subtropical low may cause streams and rivers to rise rapidly as well as surface flooding and slips, which may impact driving conditions and lead to road closures. The strong winds may also add to these potential hazards, as strong wind gusts can damage trees, powerlines, unsecured structures, and temporary structures such as tents.”

The storm is expected to bring heavy rain to the West Coast of the South Island on Thursday.

This story first appeared in the New Zealand Herald