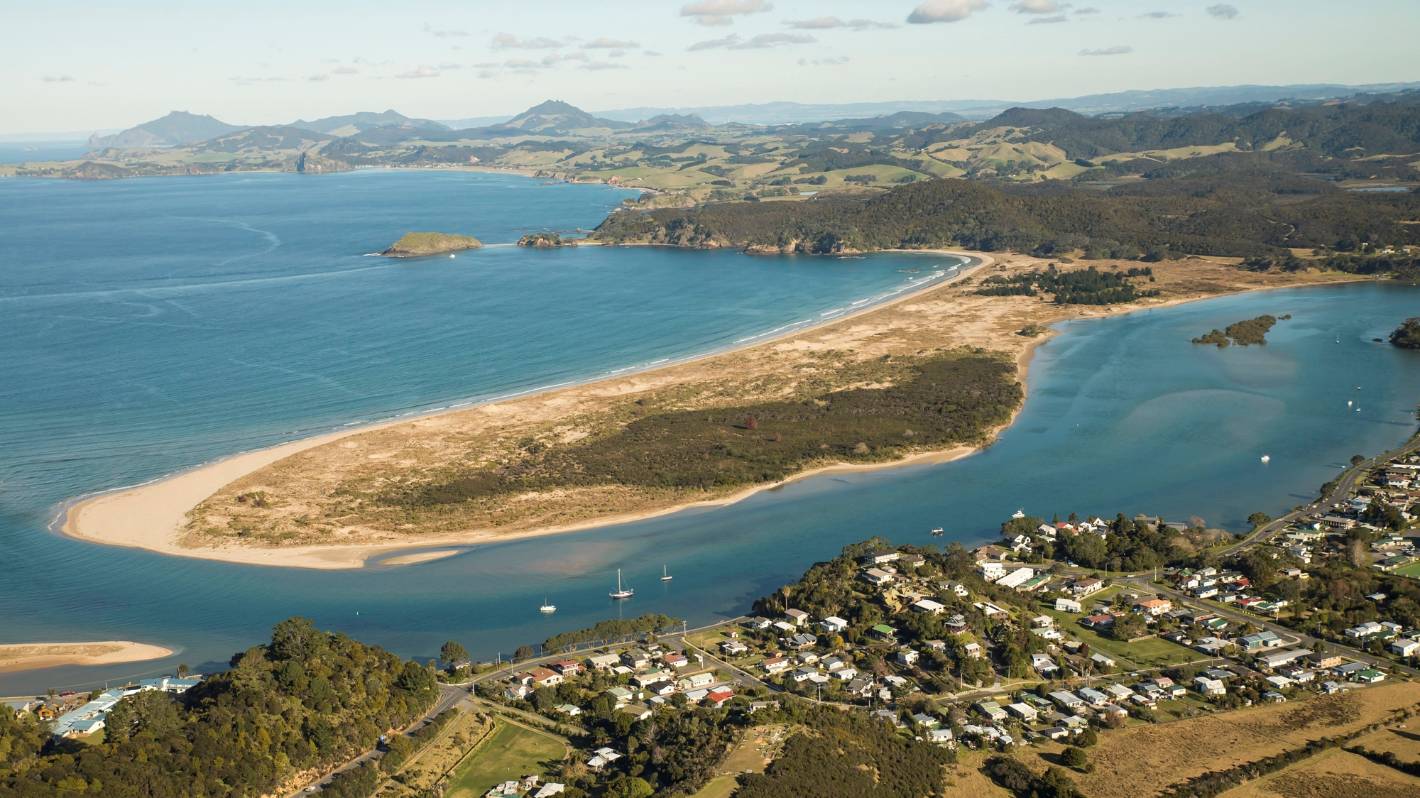 A sensitive piece of Northland coastal land is no longer at risk of subdivision, after alienated mana whenua bought the block off property developers.

The 68ha land includes the southern end of Ngunguru Sandspit, Pī Manu, Maunga Whakairiora, Rangikorero Pā and land access to 83ha of the sandspit bought by the government in 2011.

But the society was forced to back down from the project by protests from local hapū – Ngāti Takapari, Te Waiariki and Ngāti Kororā – whose ancestors were buried there.

Pūkahakaha East 5B Trust, which represents the three hapū, has since bought the land of Templeton Group for an undisclosed amount.

The sale went through in June but has yet to be formally celebrated, with the trust waiting for warmer weather to host Templeton Group representatives, trust chairperson Taipari Munro said.

“Just being able to get the land back has been very important; there is always a very strong cultural connection by Māori to the whenua.

“There are sites of significance on the land, including Rangikōrero Pā and access to traditional food gathering places and fishing grounds.”

Hapū representative Neta Kerepeti said she was delighted with the purchase, after several hui-ā-hapū (hapū meetings) gave a clear mandate to buy the land.

“I’m overjoyed because it was something that our people requested … It’s come back to the descendants of the earliest owners.”

Munro said the trust was still doing an environmental and ecological assessment of the land and consulting its beneficiaries about what to do with it.

High-density housing was off the table but trustees would like to have some benefit from the land, such as running an ecotourism business and low-impact glamping.

The group raised donations of more than $100,000 through Givealittle and $68,000 in other donations, before returning the donations.

Munro expected the public to be able to access some tracks on the land – such as a traditional track between Ngunguru and Horahora rivers set to be reopened, he said.

But there would be some restrictions to the public access, such as to protect cultural and ecological sites.

Another consideration was providing access to the Crown-owned part of the sandspit, which was currently accessible only by water, Munro said.

Creating an ecological and predator-free area was also a consideration.

“It’s early days, so we don’t have any firm plans but we’re so pleased we now have this opportunity to consider our options for our whenua, how we could share this pristine coastal environment with others and how it can benefit our tribes,” he said.

“It’s exciting now we’re coming into the summer months, our people will be coming back to the land and now will be able to have access to areas which had been alienated.”