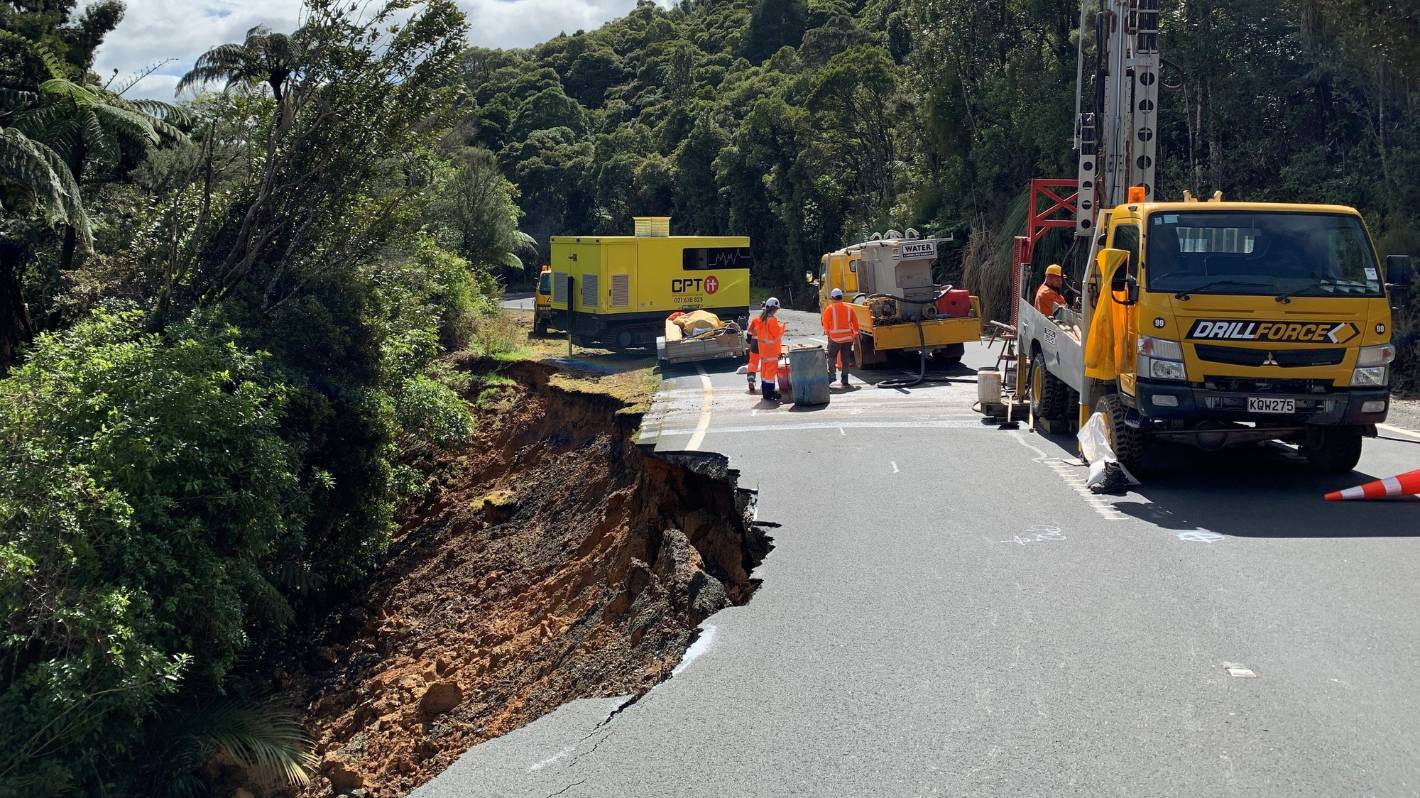 A Northland veterinary nurse is resigning after a State Highway 1 closure increased her commute and redirected her along roads she felt “unsafe” on.

August heavy rain caused significant slips along Mangamuka Gorge, just south of Kaitāia. There is no timeline for when it will reopen.

The continued closure has slapped an extra hour onto 51-year-old Hinewai Kellner’s​ daily commute from Kaitaia to Kerikeri.

“I’m having to let go of my job – because I’m now travelling three hours a day and I can’t keep doing it,” she said.

The new route takes Kellner through State Highway 10, which she said “feels like a risk”.

“State Highway 10 is hectic – the trucks, the traffic is crazy, people drive crazy. It’s nothing like my drive used to be,” she said.

“The roads have got more busy. When I made the decision to resign, I thought it’s not even summer, It’s going to get even busier,” she said.

The extra commute time and the change of roads were one thing, but not knowing when SH1 would re-open was the last nail in the coffin for Kellner.

“There’s nothing stating when or if it will open – we don’t know.”

Her employer, Kerikeri Highway Vets, posted on social media about its new vacancy for another experienced vet nurse on October 24.

“One of our nurses is having a three-hour commute every day and that is just too much,” the post said.

This is not the first time weather has closed large segments of State Highway 1.

Karma said work would be accelerated for the project and they would also be thorough to achieve a state highway north that can withstand severe weather.

“Though we don’t yet have all the answers, by working together with key Far North community members and experts, we are confident that together we will deliver a solution that will strengthen and benefit the region for generations to come.”

Kellner is worried the road will take over a year to repair.

“I made my mind up [to quit] after the first month of it being closed. I’m unsure if they are going to open at all,” she said.