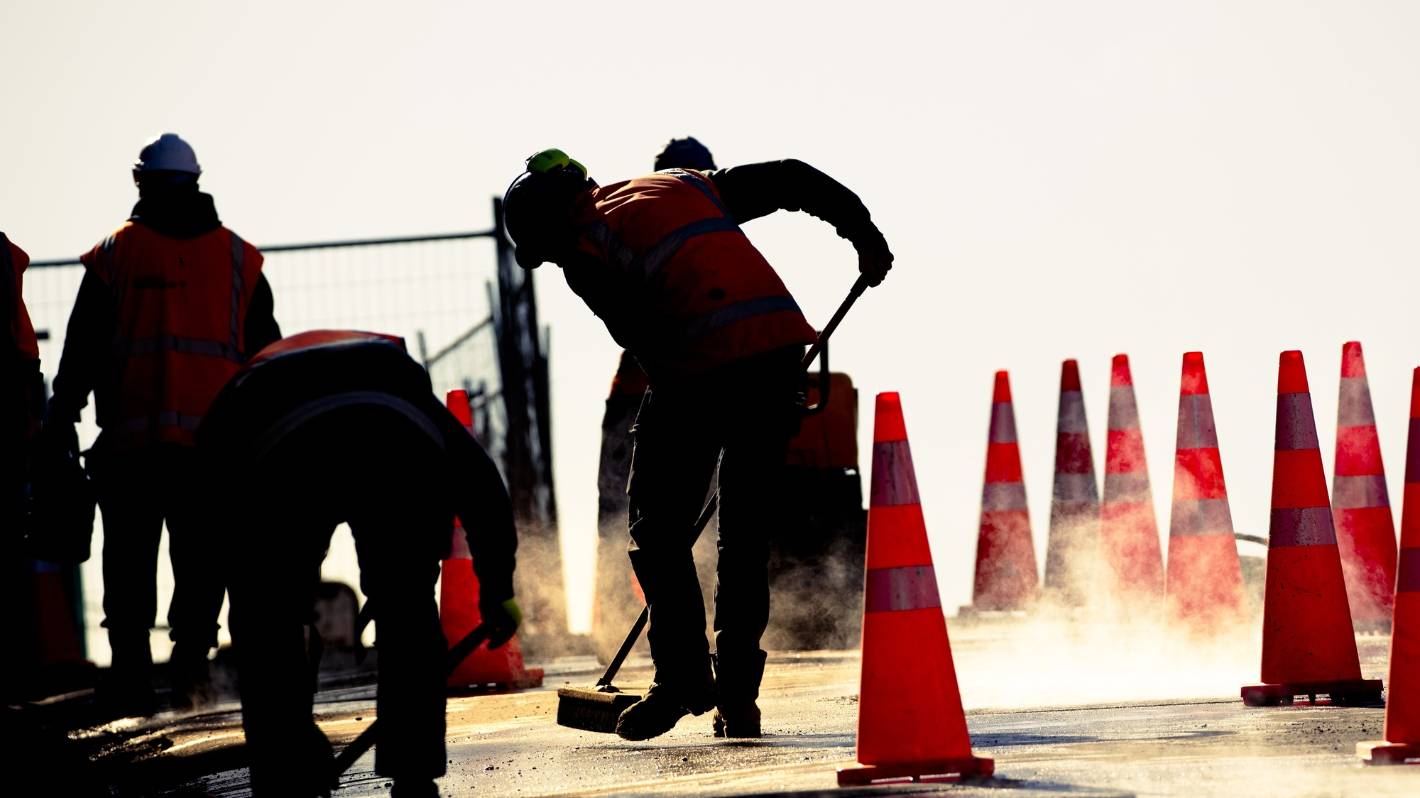 The roadworkers had to dodge two cars driving through the closed road area at the first day of roadworks on Kerikeri Rd. (File photo)

Roadworkers have copped abuse, had rocks thrown at them and had their lives put at risk by irate drivers, after the first day of works on the Far North’s busiest road turned into traffic chaos.

Police had to be called twice to the site on Kerikeri Rd on Tuesday, with people behaving unacceptably, said mayor Moko Tepania​.

“It’s absolutely uncalled for. I know that you can get upset with work going on and it can be inconvenient, but there’s never a circumstance where it gives you a free right to be abusive to people who are just trying to do their jobs.”

He is urging people to be patient over the next three weeks or so, with the project set to benefit the wider Kerikeri area.

The $1.2 million Far North District Council project involves rehabilitation and resurfacing of Kerikeri Rd, from outside the Old Packhouse Market to the Maraenui Rd intersection.

At the same time, the Old Packhouse Market is paying for a right-turn lane and pedestrian refuge, to increase safety for Saturday market-goers.

While the work is being done, Kerikeri Rd is partly closed, with only traffic heading northeast into Kerikeri allowed.

Motorists leaving Kerikeri have to go through Waipapa, a 20-minute detour which was taking more than an hour on Tuesday.

But the biggest problem on Tuesday was people not aware of the road closure coming down Kerikeri Rd, only to be turned around into the traffic, said project manager Jashneet​ Prasad​ from contractor Ventia​.

This was despite notifications for the last three weeks, including on variable message boards, the council website and letter drops, he said.

Two cars decided to drive straight through the road closure, with some passengers throwing rocks so they could get through, Prasad said.

The move was extremely dangerous for workers, who had to jump out of the way, he said.

“There’s a reason why we’ve closed the road, because we’re walking the road with our heads down and you think everyone is following the road rules. It did put our guys at risk.”

Tepania said a few changes had been made thanks to appropriate feedback from Tuesday, including detour signs being moved to better locations, making the congestion much less on Wednesday.

If traffic continued to build at Waipapa roundabout, there would also be traffic management there at peak times, he said.

Tepania also questioned if it was right to start the roadworks the day after a long weekend.

But he reiterated the need for people to use the correct channels – such as lodging a Request for Service with the council – instead of abusing workers.

Kerikeri is the Far North’s biggest town and while it is experiencing “growing pains”, the work will benefit all in the area, according to Tepania.

Unfortunately, the roadworks could take longer than the three weeks originally estimated, as the road condition was far worst that first thought, Prasad said.

Extra subcontractors and machinery were called up from Auckland to help, after the removal of the top layer on Tuesday showed the road surface was “like dirt”, he said.

The project aims to provide a surface that will require minimal ongoing maintenance for the next 25 years.