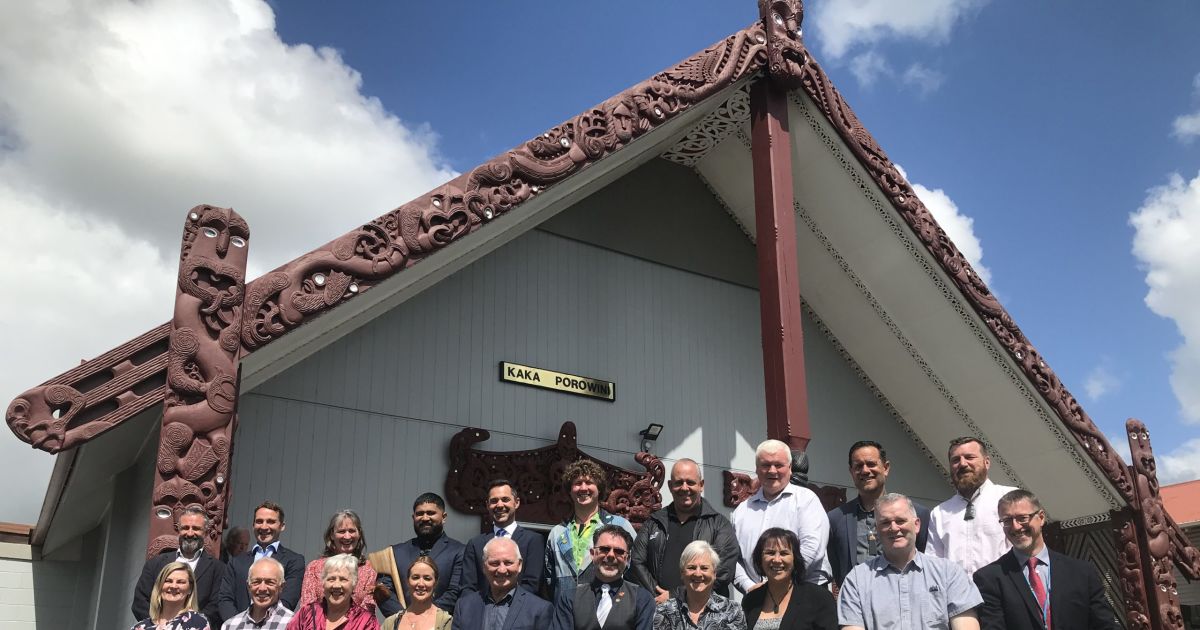 Whangārei hapū are challenging their district’s council to embrace the Māori world in all it does.

The call for Whangārei District Council (WDC) to do so came on Friday as its new politicians were welcomed onto Whangārei Terenga Paraoa Marae in the heart of Northland’s only city.

Welcoming the council onto the marae, kaumatua Taipari Munro (Te Uriroroi, Te Parawhau) said the 2022-2025 council, with its new Whangārei District Māori Ward, embraced a new world that was very different from days gone by.

Munro acknowledged the first-time presence of the council’s Māori ward.

He said it was another step in the journey begun generations ago. Great strides forward had been taken with its presence. It added to the mahi already done to include Māori through the council’s hapū representation group Te Huinga and now its Te Kārearea Strategic Partnership Forum.

The pōwhiri, conducted almost fully in te reo, was translated live into English for Local Democracy Reporting Northland by a Māori language specialist.

Whangārei Mayor Vince Cocurullo told those at the pōwhiri that those elected to the new council cared deeply for Whangārei district and its people.

“We are here for all out community, all of our community, to make sure all of community has a voice”.

The oaths of office each councillor had taken at WDC’s official swearing in on Wednesday were not just words.

“They were a promise of action to all of you here today and all those across our district,” Cocurullo said.

He said the presence of a Māori ward on council, its representatives elected by Whangārei Māori on New Zealand’s Māori roll was “something we should all be very proud of.”

“This means change has started.”

Cocurullo said standing together provided support; when one fell over, the other could pick him or her up.

He said having a Māori ward was the beginning of the end of the battle.

WDC manager strategy and democracy Aaron Taikato said the newly-elected council, with its new Māori ward, was a turning of the tide where Māori representation was at the heart of decision making.

Ngātiwai Trust Board chair Aperehama Edwards said the people of Whangārei had voted for the new councillors to be their face, their mouthpiece. This honour had been bestowed. The people had spoken.

Edwards said it was fundamentally important all worked together.

The journey to reach Māori ward representation had been exhausting. A great milestone had been reached, but the fight had not ended.