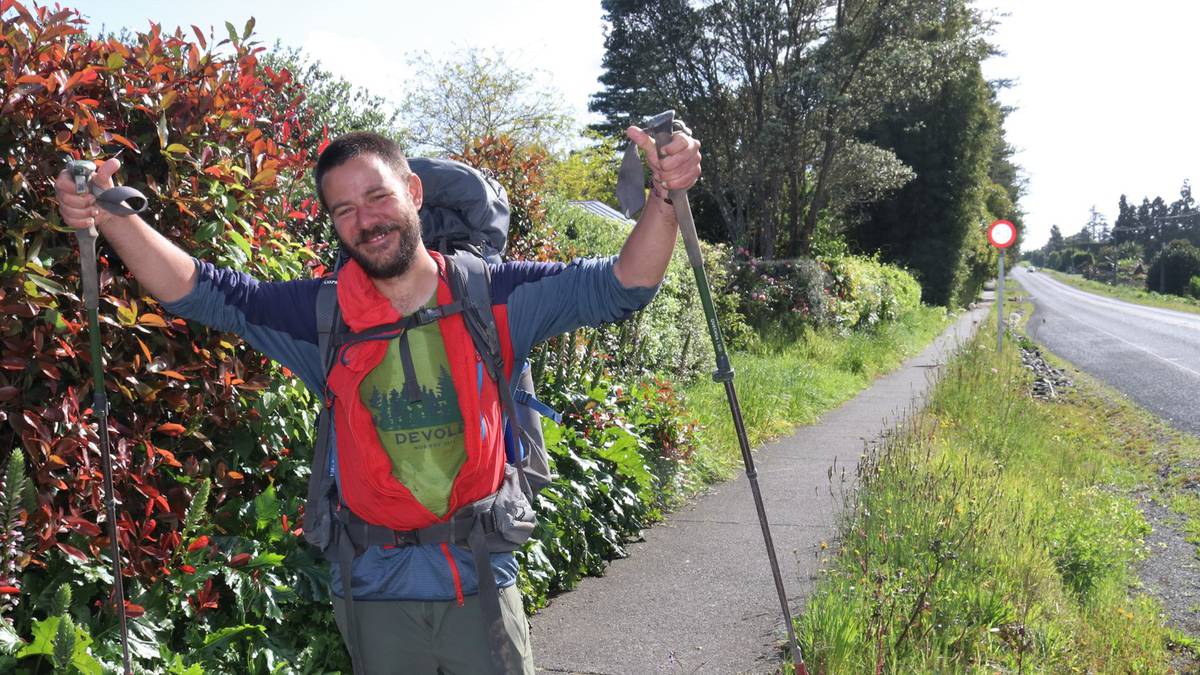 A record number of walkers are putting themselves to the ultimate test this spring as they embark on a 3000km hike from Cape Reinga to Bluff.

The estimated 3000 walkers — more than double the previous, pre-Covid record — will also stretch the Te Araroa trail’s creaking infrastructure and bring economic benefits to small Northland towns along the route.

Walkers traditionally start at Cape Reinga in early spring to ensure they cross the South Island’s mountain passes before the onset of winter.

Among the influx of keen walkers is Louis Comte-Sponville of France, who quit his job at the Ministry of the Economy and Finance to take on Te Araroa.

“I got bored, I needed some time off my desk job and Paris, and to see a bit of nature and mountains. New Zealand looks like a good place to do it, so here I am.”

Comte-Sponville is already a seasoned long-distance hiker having knocked off trails in Sweden, Greece and the Indian Ocean island of Reunion.

He started at the Cape on October 12, spent Thursday night in Kerikeri and was planning to reach Russell on Friday.

He described the walk so far as beautiful although he was “a bit frustrated” by the forests he had to detour around by road, mostly due to kauri dieback closures.

Te Araroa Trust executive director Matt Claridge said registering for the walk was voluntary so the 2022-23 numbers wouldn’t be known until late in the season.

“But I think numbers will be double what they’ve been in the past, pre-Covid. It’s likely sitting around 3000 walkers, which is an incredible number. It’ll be a real test of capacity on the trail.”

During the past two seasons numbers had plummeted due to border closures keeping out international visitors and lockdowns disrupting New Zealanders’ plans.

“So now you’ve basically got three years in one,” he said.

Although seasonal, the influx of walkers was “blimmin’ fantastic” for small-town businesses along the trail.

The South Island would be particularly challenging because many of the trampers’ huts there had a capacity of six to eight banks.

Traditionally walkers started at Cape Reinga and made their way south but there was a growing awareness of the benefits of doing it the other way around.

Walking Ninety Mile Beach at the start, before hikers had a chance to build up fitness, was “really tough”.

Currently, about two-thirds started at Cape Reinga and one-third at Bluff.

About 60 per cent of walkers were international visitors and most were in their 20s or 55-plus.

The younger walkers were on a pre-career “journey of discovery” and doing it on a budget, while the older ones tended to be more leisurely and stay in nicer accommodations.

“It’s an experience that comes with good and bad and plenty of time in your own head. With that comes a real appreciation of the little things in life. It’s a great personal journey,” he said.

The boom in trail walkers coincided with a number of track and forest closures in Northland, many of them due to the risk of spreading kauri dieback disease.

“It’s unfortunate, it means there’s a bit of road walking. It’s not ideal but that’s just the reality of the situation. We wouldn’t want to shortcut Northland, it’s the jewel in the crown.”

The first section of Te Araroa (“The Long Pathway”) to open was between Kerikeri and Paihia, via Waitangi Forest, in 1995. The full trail was opened in 2011. The Northland leg is just over 530km long.

■ Raetea Forest, closed by DoC since August due to storm damage. Instead, most hikers follow Takahue Saddle Rd to Broadwood and then hitch-hike to Mangamuka to avoid walking on a narrow road with lots of logging trucks. The forest is expected to reopen on November 30.

■ Mangakaretu Track (between Puketi and Kerikeri), closed by Landcorp due to farming operations. Walkers use Waiare and Puketotara roads instead.

■ Paihia-Ōpua Coastal Track, closed by the Far North District Council since late 2021 due to an unsafe boardwalk.