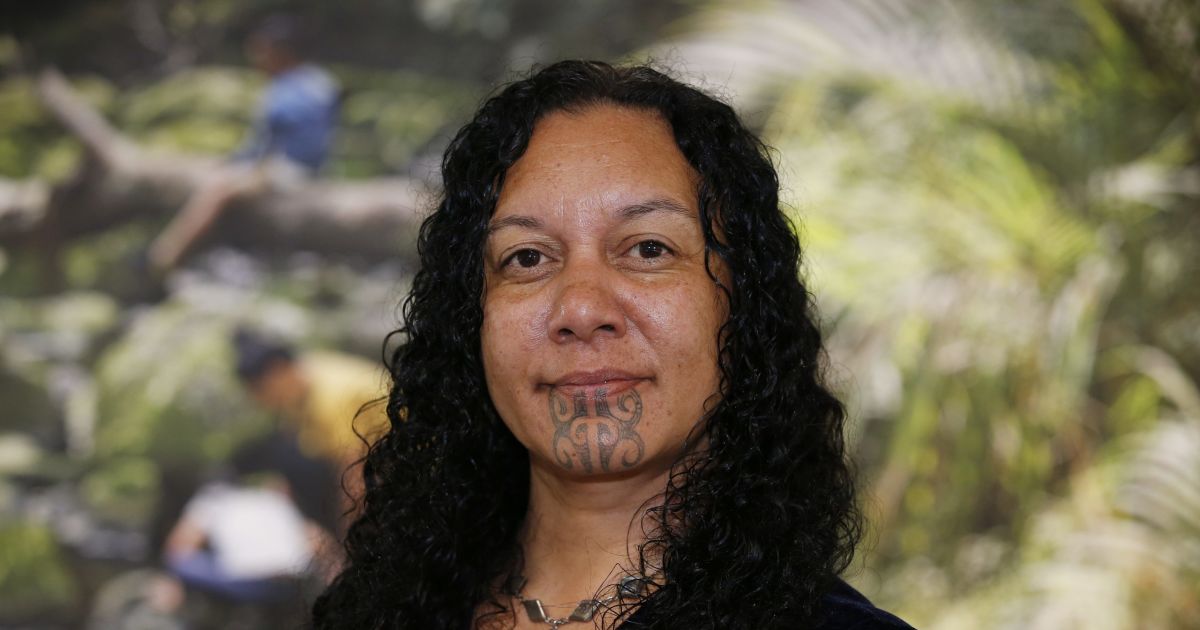 Tui Shortland (Ngāti Hine, Ngātiwai, Te Rarawa) was today selected by her fellow councillors to head the nine-member council for the next three years in a Te Tai Tokerau first.

“I feel really excited,” Shortland, 46, a first-time regional councillor, said after her selection at the inaugural meeting of the new 2022-2025 council held in NRC’s Whangārei council chambers.

“With your support I will strongly represent Māori interests to prioritise addressing growing inequalities of our region, clean air and freshwater, restored biodiversity and coastal habitats for a stable climate,” Shortland said in her election material.

Shortland was the first of two nominations for the top job at today’s NRC meeting, her nomination from councillors Rick Stolwerk and Peter-Lucas Jones.

The second was for Hokianga farmer Joe Carr, who has returned as a councillor after a six-year absence, representing NRC’s huge Far North General Constituency. Carr was nominated as chair by fellow councillors and farmers Geoff Crawford (Hikurangi Swamp) and John Blackwell (Kaipara).

Carr however, told the meeting prior to voting taking place, he did not wish to be selected as chair.

After the meeting, he said he would have been happy to be chair, but had forgone the role in support of council unity.

Shortland, lives at Te Haumi in the Bay of Islands and stood in NRC’s first-time Te Raki Māori Constituency. Her fellow constituency representative Peter-Lucas Jones said Shortland, importantly, had been supported in her development towards her new NRC leadership role by kaumatua and kuia, the marae of Te Tai Tokerau.

She has had a lengthy, multi-pronged international and local career focused on indigenous perspectives across a range of areas including climate change and biodiversity considerations for freshwater, land, oceans and air.

This involvement has ranged from the practical hands-on-the-land working with managing whanau maara (family Māori land) through to international United Nations biodiversity and climate change policy development in areas including writing part of the introduction to the United Nations Framework Convention on Climate Change (UNFCC)’s 2015 Paris Agreement.

She has also been part of the international indigenous forum on biodiversity, a collective of representatives connected to the United Nations’ Convention on Biological Diversity.

Shortland’s selection today comes after a 20-year involvement with NRC in various planning and regulatory roles. Among these was as a founding member of the regional council’s Te Taitokerau Māori and Council Working Party (TTMAC) established in 2014.

Her board experience includes on Ngāti Hine Forestry Trust, a Northland land trust with an estimated $30 million worth and interests in property, kiwifruit, mānuka and pinus radiata.

Shortland has a moko kauae (woman’s chin tattoo) that speaks of Hine-te-iwaiwa, the Māori goddess of the domain of women and spiritual guardian of weaving, childbirth and cycles of the moon.

She said it acknowledged the woman’s perspectives of working to resolve issues and create unity among different points of view, weaving these together in a tapestry.

His career as well included in Australia where he managed the weed and pest control work for the state of Victoria through the Keith Turnbull Research Institute. He has also been Auckland Council’s group manager biosecurity. Craw has worked on kauri dieback and has been part of the creation of a new national Policy Statement for the kauri invader destroying large chunks of the native taonga.

Craw has worked as a biosecurity consultant for the British government in the Pitcairn Islands, working to eradicate goats. He has also worked for the United Nations in Niue, developing community solutions for managing feral pigs. Craw has also worked in the sector in Hawaii, Fiji, Vanuatu and Kiribati.

Craw said it was “a great honour” to be selected NRC deputy chair.

“I am looking forward to tackling climate change,” Craw said.

He was also looking forward to getting to work on the huge avalanche of central government changes facing the regional council.