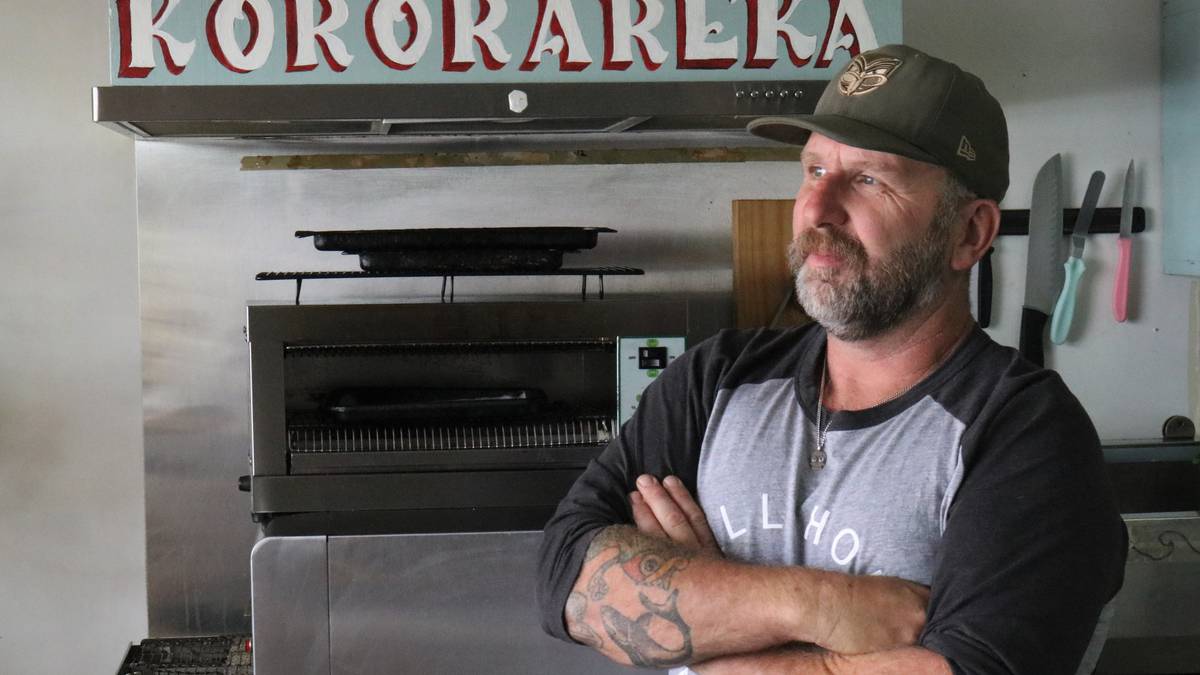 An informal survey on the streets of Russell has found support for an outright name change as well as for giving the town’s English and Māori names equal standing.

On Wednesday the New Zealand Geographic Board announced the start of a three-month consultation period on a proposal to change Russell’s name to the original Kororāreka.

While the board recommended an outright name change, two other possibilities remain on the table — adopting the dual name Kororāreka/Russell, or making both Russell and Kororāreka official (the “alternative names” option).

The Advocate asked local residents and tourists whether they supported retaining Russell as the town’s name, an outright change to Kororāreka, a dual name, or alternative names.

The only option that had no support was the double-barrelled dual name.

Anton Haagh, co-owner of the Duke of Marlborough Hotel, backed an outright change but with reservations about the timing because of current political divisions.

“I think it’s the right thing to do, but is now the right time? That’s up to the community to decide.”

Despite owning one of the town’s biggest businesses, with a huge amount of printed and marketing material that would need to be replaced, Haagh said the cost would be “not insurmountable”.

The hotel’s branding had long featured the name Kororāreka rather than Russell, and he was constantly getting promotional material reprinted anyway.

Long-time resident Jenny Riegels said she understood the thinking behind the proposed change but preferred the status quo.

“It’s been Russell as long as I’ve been here and I’ll naturally keep calling it Russell — but I don’t mind if they want to use both names.”

“Russell is the only town in the Far North that doesn’t have its original Māori name. The dude it was named after never even came here.”

Cost was not a concern because the only things he’d have to get reprinted were his Russell Hell Hole T-shirts. The name Kororāreka was already displayed around his business.

“In fact, I’d be glad to be rid of the ‘Romantic Russell’ tripe. We don’t have to romanticise colonial things. The truth ain’t that romantic really.”

He saw a place, however, for retaining the name Russell to describe the wider peninsula, and reserving the name Kororāreka specifically for the village.

Russell resident Ian MacIntosh was keen to see both names given official status, as was done with Mt Taranaki or Mt Egmont.

“That way people can choose. If one name fades out with the generations, that’s just the natural order of things.”

Another Russell resident, Shane Maddren, said he’d like to see both names given legal standing.

Both were already widely used with the local school, for example, known by many as Kororāreka-Russell School.

Maddren’s only reservation was that people might assume Kororāreka was a mere translation of Russell.

“I’d like people to know the significance behind the name,” he said.

Paul Granberg, who lives in Auckland but is a regular visitor to the Bay of Islands, said he preferred sticking with Russell.

“All the modern history of the town has been since it was named Russell. And if you look at what happens with double-barrelled place names, one will inevitably drop off — and it’s always the English one that gets dropped off.”

Some have raised concerns about the impact on Russell’s vital tourist industry.

Large sums had been spent over many years building up Russell’s reputation, and there were worries visitors could avoid a town they couldn’t pronounce.

That, however, was not an issue for visitors spoken to by the Advocate — though they did admit to struggling with Māori place names.

Antonia Baker, of the UK, said the name was “completely immaterial” to their choice of destination.

“We’d never heard of Russell or Kororāreka before. Our neighbour in the UK said Russell was one of his favourite places and we should visit.”

“We’re acutely aware that we’re massacring all sorts of pronunciation but it definitely wouldn’t stop us visiting.”

Barry Darnell of Melbourne said his general preference was the original name, especially if there was a story behind it.

He did wish, however, there was a shorter version of Kororāreka.

Adopting alternative names could be a “politically sensitive” way of allowing the change to happen over a generation, he said.

Partner Mary Purcell also preferred the Māori name: “I like the idea of honouring the native people of a country”.

Consultation on the name change proposal is open until April 18. The Geographic Board is expected to make a decision at its mid-year meeting, though Land Information Minister Damien O’Connor may have the final say.