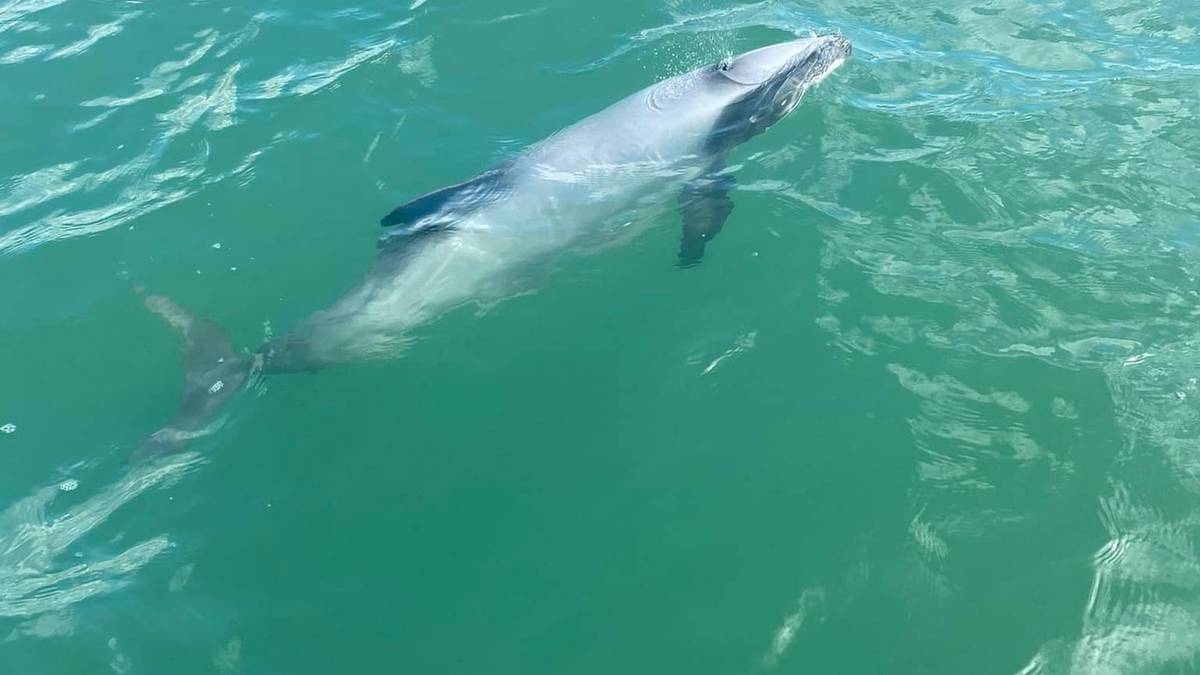 A Hector’s dolphin seen in Northland was the first confirmed sighting of that species on the region’s east coast in a century.

The Department of Conservation confirmed two sightings of the dolphin in Mangonui Harbour last weekend.

“This is the first confirmed sighting of a Hector’s dolphin on Northland’s east coast in 100 years.

“What is likely is that the same dolphin was first sighted in Whangārei in early September, then Whangaroa Harbour the following week and just last week at Mangonui Harbour in the boating channel near the Mangonui wharf.”

The Whangārei sightings occurred near Onerahi Beach on September 4 and 5, and at the far end of the Hātea River on September 6.

After the sightings, DoC organised a marine survey team to find the dolphin, observe it and collect samples for monitoring. They were unable to find it.

Hardy-Birch asked people to stay well away from the dolphins if they came across them.

“This is an exciting sighting, so we are asking if locals and visitors see the dolphin, to steer clear and allow the dolphin to enjoy the environment without hindrance or harassment.”

Hector’s dolphins are classified as nationally-vulnerable, with an estimated population of 15,700.

They are grey and white with black markings, including a distinctive black rounded fin.

Hector’s dolphins are usually found in sub-populations between the Marlborough Sounds and Otago Peninsula; Jackson Bay to Kahurangi Point; along the south coast between Toetoes and Porpoise bays, and in Te Waewae Bay.

They were once found along parts of the North Island coastline as well as most of the coast of the South Island.

They are now only occasionally seen even around the lower North Island, with a few sightings on the east coast as far north as Auckland.

The Māui dolphin, a subspecies of the Hector’s dolphin, is found on the west coast of the North Island, mainly between Taranaki and Kaipara Harbour. They are classified as nationally critical, with a population of about 54.

Anyone who sees a Hector’s dolphin is asked to report it to DoC by calling 0800 DOC HOT or emailing marinemammals@doc.govt.nz.