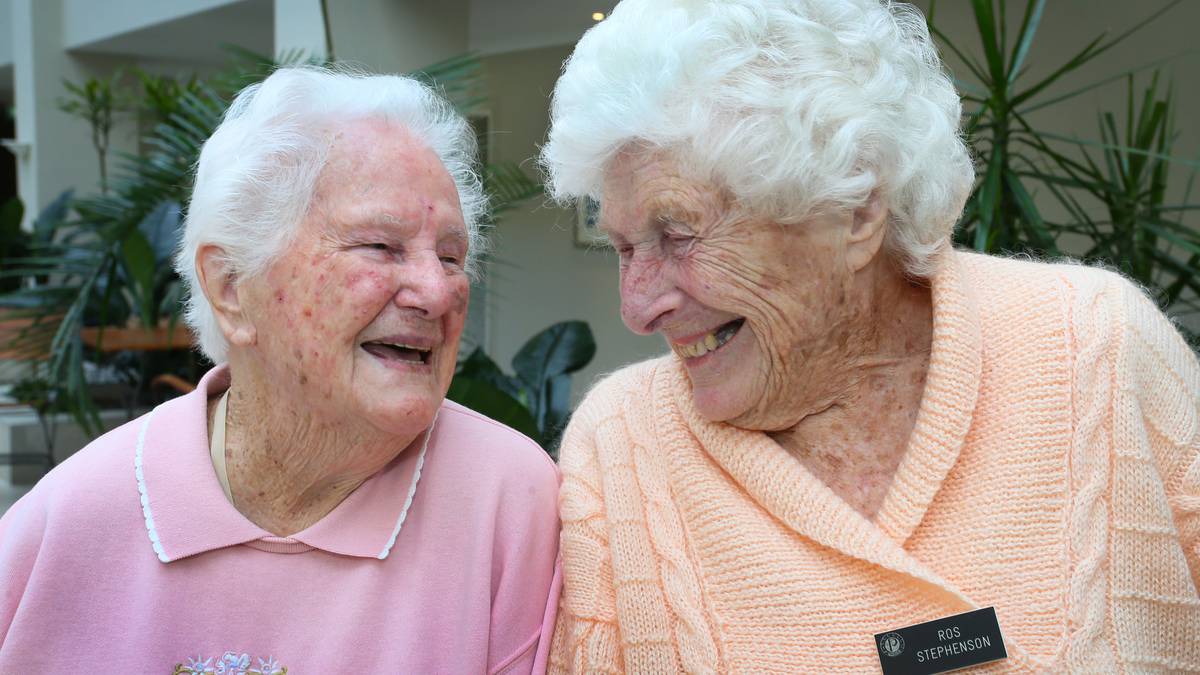 How do you stay happy? What’s the key to long-term glee and delight? Paul Little asks over-80s for their secrets to joy.

The search for the key to happiness is ancient and ongoing, and there is no shortage of theories about it. Amazon lists 715 books with the words “key” and “happiness” in their titles.

You might expect the secret to be found in the teachings of someone like the Dalai Lama – seldom seen without a grin on his unworried face. Everyone knows you can’t buy happiness, but people keep trying to. Perhaps it keeps us from deep self-analysis and reflection?

You certainly wouldn’t expect to find the answer in the business publication Forbes magazine, quoting a study from Harvard University which said – spoiler alert – “Happiness comes from choosing to be happy with whatever you do, strengthening your closest relationships and taking care of yourself physically, financially and emotionally”.

The Herald on Sunday set out to check these findings against the experiences of five members of the 79-plus generation, all residents of the Jane Mander Retirement Village in Whāngarei. While their answers align with the Harvard study, it’s worth noting theirs is not a dewy-eyed optimism, but a hard-won view of life that, in every case, takes account of very real sorrows they have experienced – and risen above.

Gloria has always worked hard. Born in Auckland, she grew up in Whāngarei and Kaikohe. When she was a child her mother had five male boarders, and it was Gloria’s job to “help with the tea and help with the ironing and make the beds in the morning before school”. She had ambitions to be a teacher but was told the family couldn’t afford that, so she was sent to the Burroughs business school, where she learned accounting. She was married at 21 – and is still married – to Gary, who also lives at Jane Mander.

After marrying, she kept working to the point that it affected her health. “I used to work at the dairy company in Northland, and had a breakdown.

Now, says Gloria, she is having a rest. But that doesn’t mean she is idle. Crafts are a passion. She finds happiness in the simple pleasure of making things with a group of like-minded souls. “We started off making wheat bags. And then there was the big call for masks. So we made masks. We sold them to make some money for charity. And now we’ve made swimming bags. We made runners for tables.”

Gloria’s basic philosophy on happiness was inherited from her grandfather: “He told me when I was little, ‘You are who you are. That’s all. So just be happy and do it. Think of Popeye and say, ‘boop, boop’, and off you go’.”

ROBIN BAGSHAW, 81
“We swap stories over a beer every Tuesday and Thursday.”

Robin was a community newspaper all-rounder of the old school – reporter, photographer and publisher, and sports editor of the Northern News for 20 years.

He has dealt with his fair share of life’s knocks. There are a litany of health worries that might have ground down a lesser spirit, and his wife, Yvonne (who is also at Jane Mander) has health problems of her own. They had two sons, one of whom died in his early 20s.

Robin finds his joy now in connecting other people, old friends, and friends he has made in the retirement village.

“I’ve got an English mate and he’s been here for 13 years,” says Robin. “We swap stories over a beer every Tuesday and Thursday. And then on Saturday night, I’ve got another group of friends.”

As a newspaperman, says Robin, he has always been used to sitting at a bar and talking.

“People come and people go. They die. And then new people come in. When the latest group of people came in, this lady sat down, and we said, ‘Hello, Jessie.’ She said, ‘Oh, hello, Robin. Hello, Yvonne.’ And I said, ‘Did you realise that you were at our wedding 60 years ago?’ Her and her late husband were at our wedding in Whāngarei.

“All these people here are good friends. I’m enjoying every minute I can. If you don’t go and participate, you might as well get on your bed and lie down and die.”

Ōtorohanga–born Brian has spent 50 of his 90 years in the North. He has driven trucks and trailers, built and run service stations, and had a successful café in Whāngarei – “hard work, but very rewarding”. His secret to happiness could be described as “upbeat stoicism”.

As a child, growing up in the country, he learned a valuable lesson: “Get on with it. We were born in the Depression, and we went through an horrific war. When things came along you sorted them out. You feel sorry for yourself for about 24 hours, then you’ve just got to find a solution.”

Brian has been an active participant in the life around him: “If your kids are in school, you’re involved. If you’re in farming, you’re involved in Federated Farmers and with the dairy companies. Life moves on and you have got to move on with it.”

The lessons that have stood him in good stead were instilled early: “I was a kid on a farm. It was no good saying, ‘I’ve got nothing to do.’ At 13, I had a draft horse that I was responsible for. We had five draft horses and I had one to look after. You had to do it. You had to learn how to harness them and get that harness right. You were busy as hell.”

He took inspiration from his parents’ generation: “My dad was probably the greatest dad in the world. But I can never remember him giving me a hiding or giving me a hug. You didn’t hug in those days. You were just a brave little soldier and got on with it.”

ROS STEPHENSON, 92
“You have to go halfway or more to meet people.”

“What makes me happy?” asks Ros. “Just people, and what they do and what they say.” She was born in Staffordshire and her parents died young – her mum at 52 and her dad at 63.

In 1963, Ros and her husband John, who died 20 years ago, relocated to Auckland. The move across the world was a challenge. “We had lived eight years in London, which I loved. I missed that. Everywhere you went there was something to see.” Ros says she was astonished, on her first sight of Auckland’s busiest thoroughfare, Queen St, at how empty it was.

She also found the move to Jane Mander a challenge at first. “I’ve been here seven years. I thought it would drag, but it has flown by… For the first few weeks I felt a little bit strange, because I didn’t know anybody. Now most of us know each other, which is great. You have to go halfway or more to meet people. There are wonderful characters.”

Ros’s joy comes from having found an old-fashioned sense of community, not unlike the days when neighbours knew each other, socialised together and supported each other. “You go anywhere and there’ll be somebody at least to smile at you and say hello,” she says.

You have to talk to Audrey, said everyone else interviewed for this story – “she is just amazing”. She is, too, and very happy with it.

“My brother, sister, mother and aunty all died at 95,” says Audrey, who was born in Whāngarei in 1919. “So when I got to 95, I thought, ‘Well, this is it.’ But here I am.” She moved to the retirement village ten years ago. Although she will never see double figures again, Audrey is a robust and independent spirit, and has been for a long time.

“I left school when I was too young – 13 years and nine months – and was nanny to a little boy and then a waitress at the Marble Bar in Cameron St in Whāngarei.

“I’ve had good health all my life and I’ve still got it. There is nothing wrong with my brain. No hearing aids. I have glasses, but I can read the paper without them if I have to.” She also reads fiction avidly, citing “blood and thunder westerns” as her preferred genre.

Although she married in 1944, “I never had any children – that’s the saddest thing that ever happened to me. It’s one of those things. You just take it as it comes.”

It’s this fatalistic attitude that seems to be the source of her joy: “I keep occupied and just make the effort to box on regardless.”

What age are humans at their happiest?

In 2015, international scientists crunched a stack of studies and determined that while levels were high for 18 to 21-year-olds, they dropped away markedly over the next two decades, before beginning an upward climb from middle age. The all-time happy high? According to that research, it was 98 years old.

New Zealand-specific studies reveal a similar picture. Wellbeing data shows that older people, aged 65 and over, are more likely to report higher rates of ‘life satisfaction’ than other age groups.

According to Statistics NZ’s most recently available figures (from the March 2021 quarter), when people were asked to rank their overall life satisfaction on 0-10 scale, the following groups reported higher-than-average rates:

Meanwhile, the most recent World Happiness Report has, once again, confirmed a top 10 ranking for Aotearoa. This year, the 10th anniversary of the global study, which claims “the true measure of progress is the happiness of the people”, placed New Zealand 10th on its list. Finland claimed first place, followed by Denmark, Iceland, Switzerland, the Netherlands, Luxemburg, Sweden, Norway and Israel. The least happiest places on earth were Botswana, Rwanda, Zimbabwe, Lebanon and, in last place, Afghanistan.