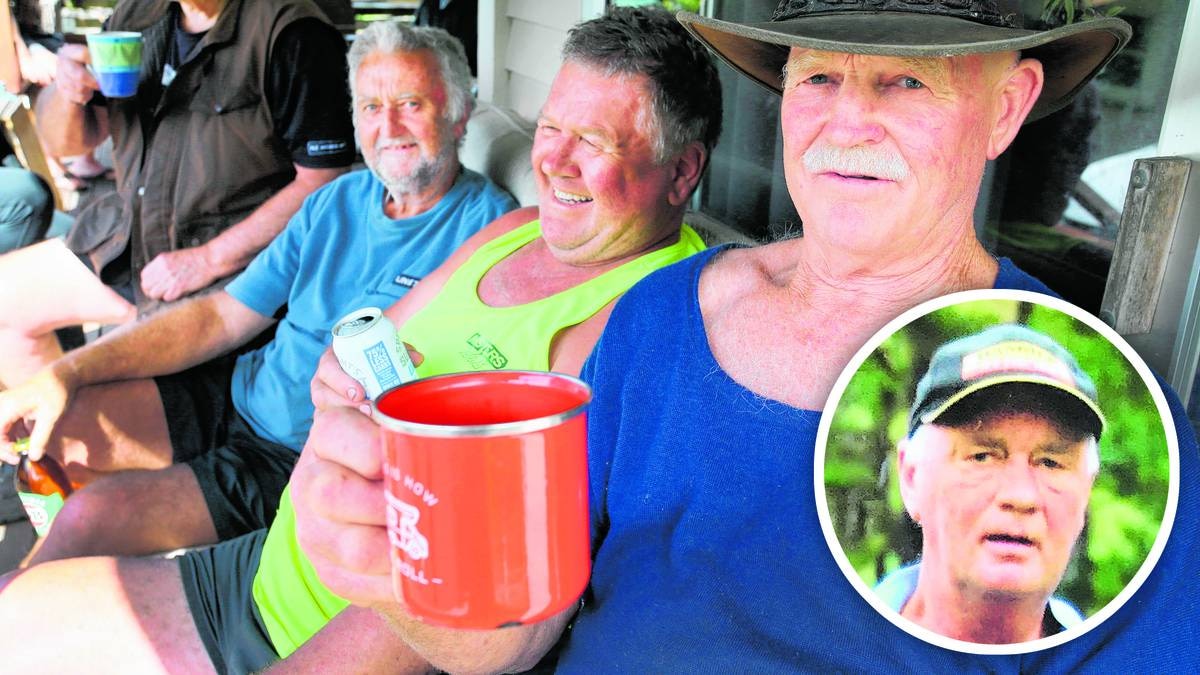 That was a favourite motto of Herekino man Dave Davan, who died after drinking wine laced with poison.

His brother Grant Davan and Dave’s close friends stayed true to those words on Saturday. The group had gathered on the porch of Grant’s home to remember the good times shared with Dave and to mark a year since his cruel death.

Not a day goes by that Grant doesn’t think about his brother.

“A year is a long time without your best mate,” he said.

He told of how in the beginning, his family had had no idea about what had happened to Dave.

Police initially treated his death as unexplained. However, a homicide investigation was launched in March after they found he had been poisoned.

The rumour was that Dave had been poisoned with antifreeze – a liquid that prevents the radiator in cars from freezing or overheating.

But it had actually been paraquat – a restricted weedkiller, Grant said.

On November 13, Dave sat down to dinner and poured a glass of port from one of two bottles which had turned up in his letterbox, two kilometres down dead-end Puhata Rd.

The seal was broken on the final bottle, but that didn’t worry Dave, whose family said liked a drink. Herekino runs on a sort of barter and goodwill system, so the bottles didn’t seem unusual.

Grant said his brother often shared his homebrewed beer or other non-alcoholic homemade brews with people, and vice versa.

“The kids even called him ‘David Davan the ginger beer man’.”

It took Dave nearly a month to die, aged 67, on December 9. Weeks before his death he gave police the murder weapon used to kill him – the laced bottle of port. His son Conrad said he also told police the name of the man he reckoned had put the paraquat there.

Since the farmer and former shearer’s fatal poisoning, Conrad has gone without his “go-to guy” and “walking encyclopaedia”.

“Whenever I had any problems on the farm, I could ask him for help and he had the knowledge to sort out whatever it was,” he said.

And Dave often turned to his son.

Such as the morning after he drank the poisoned port. Dave phoned Conrad to tell him he suspected he’d been poisoned – just in case he died.

Conrad delved back into his childhood, where he retrieved memories of a dad who “always gave the best gifts”.

Treasured at home is a working steam engine made from steel that Dave gifted a nine-year-old Conrad for Christmas.

Now his kids play with the engine – an enduring link to their Grandpa, whom they loved dearly.

“We miss him,” Conrad said.

When asked if there was any way Conrad was keeping his dad’s memory alive, he said: “You’re pretty much looking at it. I’m the closest thing to him personality-wise.”

The byproduct of their close bond, he reckoned.

But Dave wasn’t just loved by his family.

Joe King’s friendship with the Herekino personality started when they were classmates in primary school.

“He was fun, he was social – he knew a lot of people, he was hardworking. I think I taught him to drink beer,” King said with a laugh.

The pair stayed close, even when Dave went shearing over in Australia and King headed south to professionally catch crayfish on Stewart Island.

During King’s last year there, Dave joined his good mate as his crew member.

Among the friends sharing a brew for Dave was Brett Evans, who worked with the Herekino local back in the ‘70s.

Evans said Dave, a fan of all things farming, transformed him from a “city boy” into “the best fencer in the district” after teaching him the craft.

“He took all the credit,” he laughed.

“I miss him. He was larger than life, Dave was. He was a great character.”

Losing Dave was hard for Evans, as he had been hoping to visit his mate in Herekino.

“We’d talk on the phone, but hadn’t had a face-to-face for a while because of Covid and everything.”

He experienced a mixture of anger and sadness at Dave’s fate.

As did local gardener Walter Masters.

The pair coached kids’ rugby together. Masters helped Dave out with his garden, who returned in kind with meat from his farm.

“He was the salt of the earth,” Masters said. “I loved his sense of humour.”

He told the story of a time when Dave, headed home from the Herekino pub, cut a corner too sharply and rolled his tractor.

But he managed to stay unhurt, as he clung to the steering wheel while his ride somersaulted.

The next day he was on the phone to Masters, asking to use his digger to pull his tractor upright.

The second time was back in ‘98. Dave managed to get his beloved red David Brown tractor suspended mid-air on a 3-metre-high corrugated iron culvert on a trip home from the pub.

His mates went to look for him after noticing he had left the pub.

Thinking Masters was a police officer, Dave hid under the culvert.

“That’s what I mean when I say he’s a hard case,” Masters said.

One time Lunjevich had been towing his boat north for a father-son fishing trip when the trailer flipped upside down in a drain.

“So we went fishing,” Lunjevich said.

Everyone at the gathering told the Advocate they were annoyed no-one had been arrested.

Conrad said he had been frustrated at the start of the police investigation when it felt like nothing was happening.

But since then, he’d become more reassured cogs were trying.

A police spokesperson said they acknowledged more than a year has passed since Dave’s death.

“We appreciate the interest in this matter and our investigation team is making good progress as we continue to investigate the death of Mr Davan.

“Our focus remains on holding the person or persons responsible for his death to account and we are confident that we will do this.”

The spokesperson said a number of enquiries were underway but police could not comment on specific details for operational reasons.

Grant and Dave’s friends have pulled together $42,000 to be used as a reward for information that leads to a conviction.

“We’re not going to give up,” Grant said.

King added: “He would do the same for us.

Anyone with information about Dave’s death is able to contact police by calling 105 and quoting file number 211114/9270, or anonymously via CrimeStoppers – 0800 555 111. Alternatively, people can visit the Kaitāia police station.