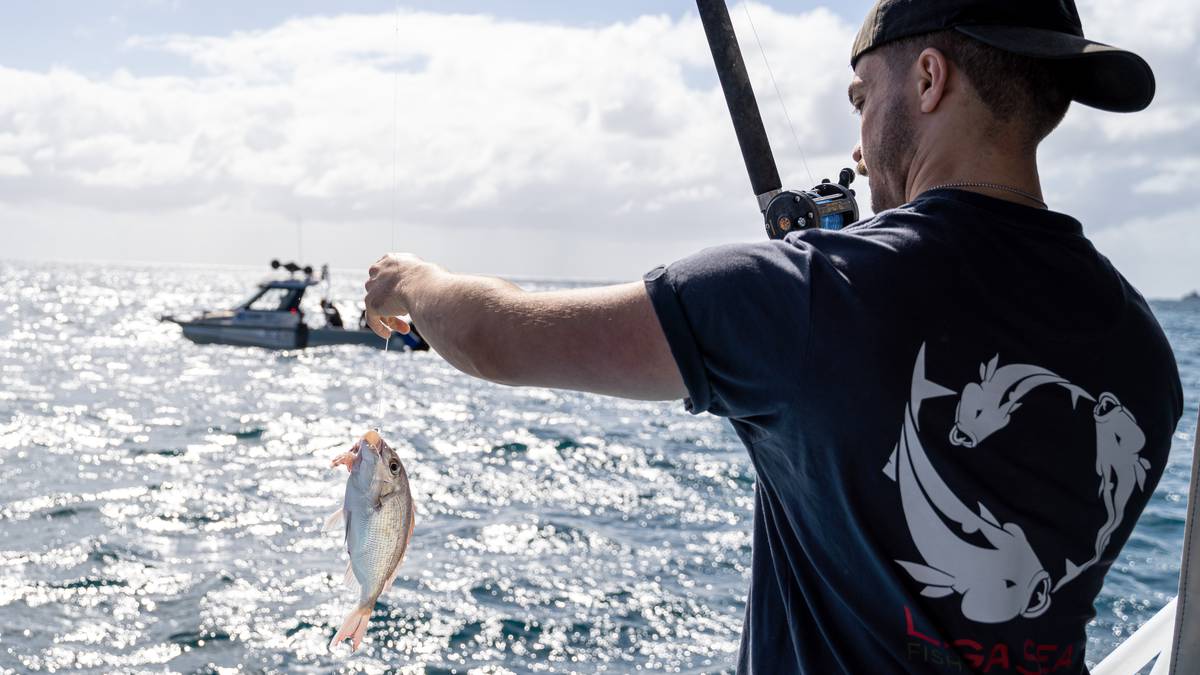 A volunteer catches a snapper in the By of Islands as part of a research project.

Research carried out in Northland reveals that the way fish are handled after being caught and before release can increase their survival rates.

New information on the survival rates of snapper that are caught, then released, could help fishers save hundreds of thousands of fish per year and help sustain their fishery, a new research project has found.

The project, commissioned by Fisheries New Zealand and undertaken by the National Institute of Water and Atmospheric Research (Niwa) in collaboration with Ngāti Kuta, Legasea, and Bluewater Marine Research, looked at survival rates of recreationally caught snapper that are released back to the sea, showed around 85 per cent of the fish were still alive at the end of the first experiment.

The research took place in Mangahawea Bay, off Moturua Island in the Bay of Islands, with volunteers fishing from a charter boat. The details of each captured snapper were recorded, including how the fish was hooked and what depth it came from. The fish were then quickly transferred to one of nine holding nets and monitored over the following five days.

Bruce Hartill, Principal Scientist for Fisheries New Zealand, led the project in his former role at Niwa. He said although the numbers can vary from year-to-year, recreational fishers land over 4000 tonnes of snapper annually in New Zealand.

“For every snapper landed there will be approximately five times that number that are under the minimum legal size, that will be returned to the sea. What happens to those fish can have a real bearing on sustainability,” Hartill said.

“Two of the main impacts on fish survival rates were the depth they were caught and how they were hooked. But there are some things we can do to help. Using recurve hooks which are less likely to be swallowed by the fish, handling them carefully making sure not to touch the eyes or the gills, and releasing them quickly will give them the best chance of survival’’.

He said if the fish was caught in deeper water, using release weights will help get the fish back down to their capture depth before they are free to swim away.

“Anyone that goes fishing wants the same thing – both a feed for today, and healthy fish in the water for tomorrow, so handling practices and the gear used can make a real difference,” Hartill said.

Final survey results are expected to be available by the middle of next year. The results will give anglers a better understanding of the consequences of throwing fish back, so there’s less unseen mortality, and help fisheries managers set optimal fishing regulations, such as daily bag and minimum size limits.

Two experiments were conducted by Niwa, in April this year and then again in November. Volunteers fished from a charter boat at depths of five to 35 metres.

Details of the caught snapper were recorded and then the fish were quickly released into one of nine 15 metre deep holding pens, and monitored for three days.

Preliminary results from the first experiment suggest that snapper that are hooked in the throat are about five times more likely to die after being released than those which are lip hooked.

Mortality rates were also about five times higher when the snapper were caught in depths greater than 25 metres than if they were caught in less than 10 metres.

About 85 per cent of the fish caught during the first experiment were still alive at the end of the experiment.

Information from the research will be used by Fisheries New Zealand to understand the full consequences of fishing regulations, and to help manage fisheries more effectively.

Niwa scientists have discovered that nearly all snapper on the west coast of the North Island come from nurseries in Kaipara Harbour.