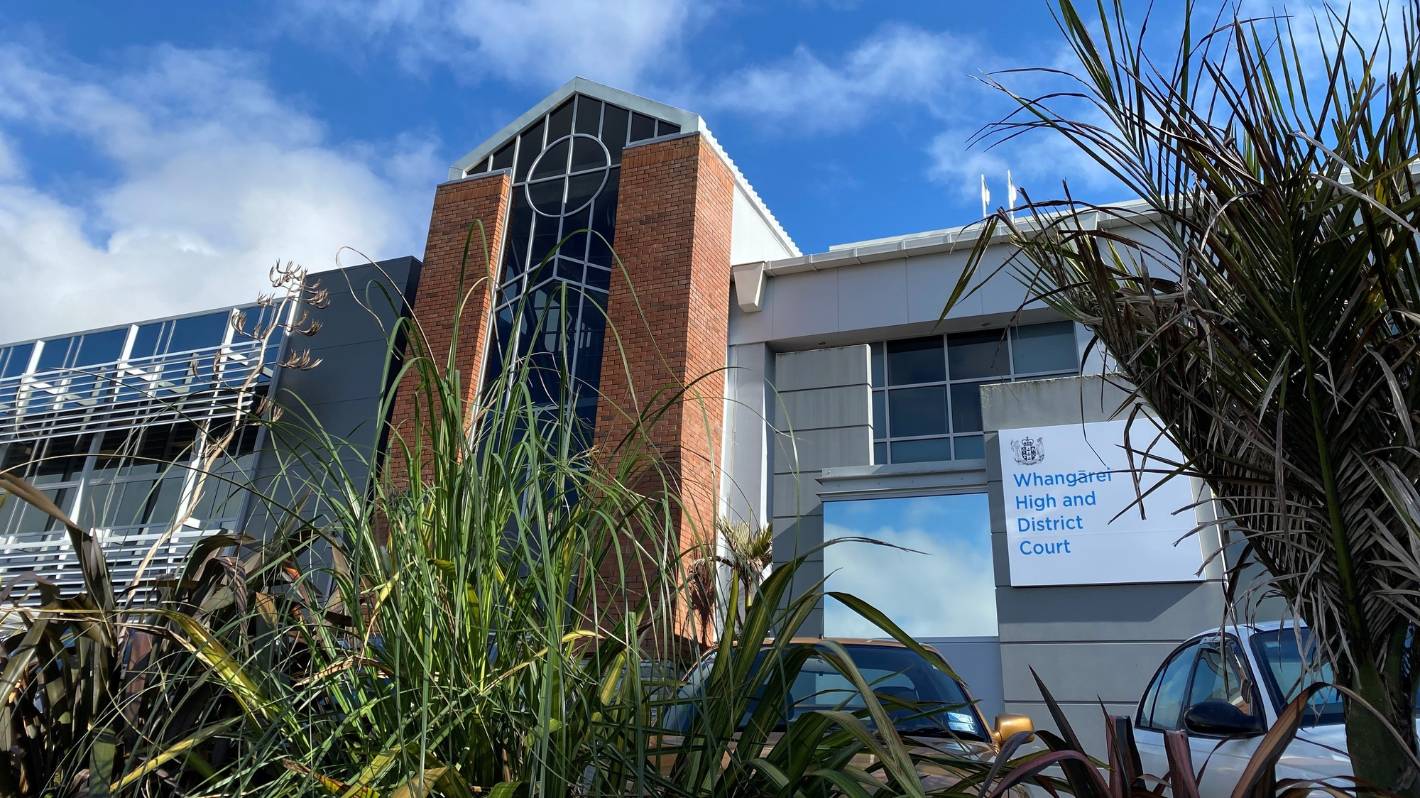 A man who had just been assaulted was urged by a gang member to pay up $2500 and was watched over until he went to the bank to withdraw cash.

There, the victim sent a note to the bank teller, who alerted police.

Some of the facts of the events in Paihia in November 2020, initially considered a kidnapping, were heard in a sentencing in the High Court in Whangārei on Thursday.

But Justice Christine Gordon QC said the full truth of what happened was not known, except that it revolved around criminal offending.

Both previously faced a kidnapping charge but this was downgraded to demanding with menace for Brown-Martin and withdrawn for Witehira.

A third offender, Corey O’Connell, was sentenced earlier this year to six months home detention for injuring the same victim with intent to injure.

The offending occurred in November 2020, Justice Gordon told the court as she read out the agreed summary of facts.

The victim – a known associate – went to the motel the pair were staying at, saying he had left some welding equipment at O’Connell’s house over a disagreement.

The three got into the victim’s car, where there was a homemade .22 handgun, and drove to O’Connell’s house.

At the house, the victim was sat down in a chair and there was an altercation between him and O’Connell.

On the drive home, Brown-Martin demanded payment of $2500 from the victim for getting his welding equipment back, accompanied by threats of violence.

At one stage, the victim jumped from the car and sustained minor injuries.

The trio returned to the motel and consumed methamphetamine.

The next day, Brown-Martin arranged for the victim’s car to be sold, while Witehira fired the .22 handgun into a road sign, to be sure it worked.

The following day, the victim was taken to a bank to withdraw money, where he was able to alert the teller to inform police.

Witehira was found in a car containing a modified .22 pistol, .22 rounds and a point-action shotgun with five live charges.

Brown-Martin drove away but was seen driving at high speeds and weaving around traffic, before crashing on State Highway 1 at Moerewa.

He suffered serious injuries, including a fractured pelvis and broken femur, with a hospital blood sample revealing he had methamphetamine in his system.

The victim said in his victim impact statement, he was so scared of retaliation he didn’t even want to make the statement.

But Brown-Martin was also at risk of gang retaliation, his lawyer Doug Blaikie​ told the court.

Formerly a member of the Tribesmen gang, the 24-year-old decided to leave the Tribesmen because he felt he was being used and abused by them, affiliating with the Killer Bees instead.

The Tribesmen put a price on Brown-Martin’s head and for the last nine months he had been in solitary confinement for his safety, Blaikie said.

He had a deprived upbringing and had been in and out of prison since he was 17, Blaikie said.

Witehira also had a challenging background, and was only in possession of guns because of her relationship with a gang member, her lawyer Wayne McKean told the court.

Brown-Martin was sentenced to two years, eight months in jail, with his time taking into account prior offending but giving a discount for his guilty plea and background.

He was also given a period of six months’ disqualification from driving after his release from prison.

Witehira was sentenced to five weeks’ home detention, with her sentence taking into account previous time spent on electronically monitored bail, her background and her guilty plea.

Justice Gordon also wiped Witehira’s $29,000 fines, mostly associated with driving, so she could start with a clean slate.