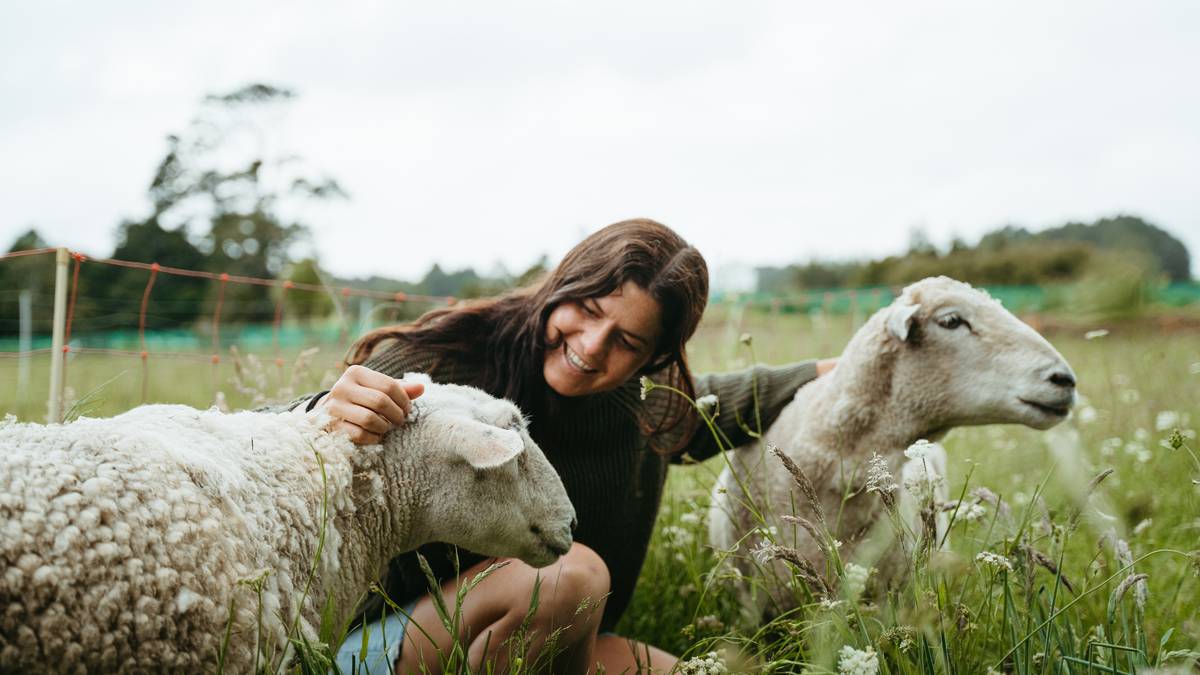 Friends of a Northland woman fighting an aggressive form of breast cancer are hoping to raise $100,000 to support her family and pay for unfunded treatment.

Since then she has learned the fast-growing, stage-four cancer has also spread to her lungs.

The Matauri Bay woman is self-employed as a wedding stylist and florist so she’s had to hire staff to take over her work.

That means her family, including her two young stepchildren, now rely mostly on her partner’s income.

Chemotherapy is already underway and this week she’ll start the new immunotherapy drug Keytruda — the catch is, it’s not publicly funded and costs about $8000 per treatment or $80,000 for the full course.

That financial predicament prompted Michelle Fogden, of Mangawhai, to start a Givealittle campaign to help her sister-in-law.

“She’s the type of person who’s always thinking about others and putting them ahead of herself. She’ll offer to help even before you’ve asked, she’s that sort of person. Now it’s time for the generosity she has shown to others to be shown to her.”

Michelle said her sister-in-law was “pretty devastated” at first.

“We were all pretty shocked. She’s trying to be positive though. She’s very strong. She’s not someone to sit around and do nothing. She’s doing lots of research. She’s a fighter.”

Her sister-in-law’s fitness and previous good health were also on her side.

The money raised would help pay for Keytruda, which is not funded for breast cancer, and travel costs incurred by frequent trips to Auckland and Whangārei for treatment.

It would also be used to pay staff Kelly had to hire because she didn’t want to let down couples who had already booked weddings this season.

“We’ve done pretty well so far. I’m optimistic we’ll get close. We just need to keep getting the word out.”

Kelly said being self-employed meant the Givealittle campaign was “a massive help”.

She was moved every time she recognised a donor’s name. Sometimes they were people she hadn’t seen in a decade or more.

“Every time you see that you shed a few tears of emotion. People are so generous.”

She had hired staff to make sure the weddings, which were booked through until April, could still go ahead, but it was a cost she hadn’t factored in.

“Everything is ready to go. A lot of my clients have said, ‘If you want to cancel, it’s fine’, but I want to see their weddings through. I want them to come to life. I’ve worked so hard to get to this point and I don’t want to let them down. Plus it gives me purpose, something to do, even if it’s just carrying on the admin side.”

Kelly started her fourth round of chemotherapy on December 22. A day earlier tests showed she was a suitable candidate for Keytruda.

Triple-negative breast cancer is aggressive and relatively rare. It gets its name because the cancer cells lack any of the three hormone receptors that typically characterise breast cancer. That limits treatment options because most anti-cancer drugs home in on those receptors. Chemotherapy can, however, still be effective.

■ Go to givealittle.co.nz/cause/support-kelly-and-her-family-during-her-journey to donate.

‘Keep pushing and don’t be fobbed off’

If something doesn’t seem right, see a doctor straight away — don’t just Google the symptoms or let anyone fob you off.

Kelly didn’t seek help immediately, for a whole variety of reasons, when the first symptoms appeared.

She had no known family history of breast cancer, she was young and in good health, and she thought her concerns would be fobbed off.

But most of all, her symptoms didn’t match the typical signs of breast cancer.

“I didn’t have any of the classic symptoms at all, so of course I Googled what I had. Everyone does it. I regret that now,” she said.

“I had this warm, tight feeling that came and went across my chest, and later a thickening of the tissue but not a lump, and it hurt. Everything you read about breast cancer says to look out for lumps, and the lumps won’t hurt — so I just brushed it off. It wasn’t until I got a lump in my armpit about two months later that I made an appointment,” she said.

Kelly had since met other women who’d found a painful lump but dismissed it because online research had led them to believe it couldn’t be cancer.

“If it doesn’t seem right, just go and see your GP. Insist. If you get brushed off by one doctor go to another.”

While only women over 45 were eligible for free mammograms under the national screening programme, younger women could book a mammogram at any time. It cost less than $200 and was money well spent, Kelly said.

The time between the first doctor’s appointment, the necessary tests and scans, and the start of treatment was another reason to avoid delay. In Kelly’s case that process took five weeks, long enough for her cancer to double in size.

“That’s what people forget — you’re not going to start chemo the day after you see a doctor. You think it can’t grow that quickly, but when you have an aggressive type it can just snowball. You think it will never happen to you, but it can, just like that.”