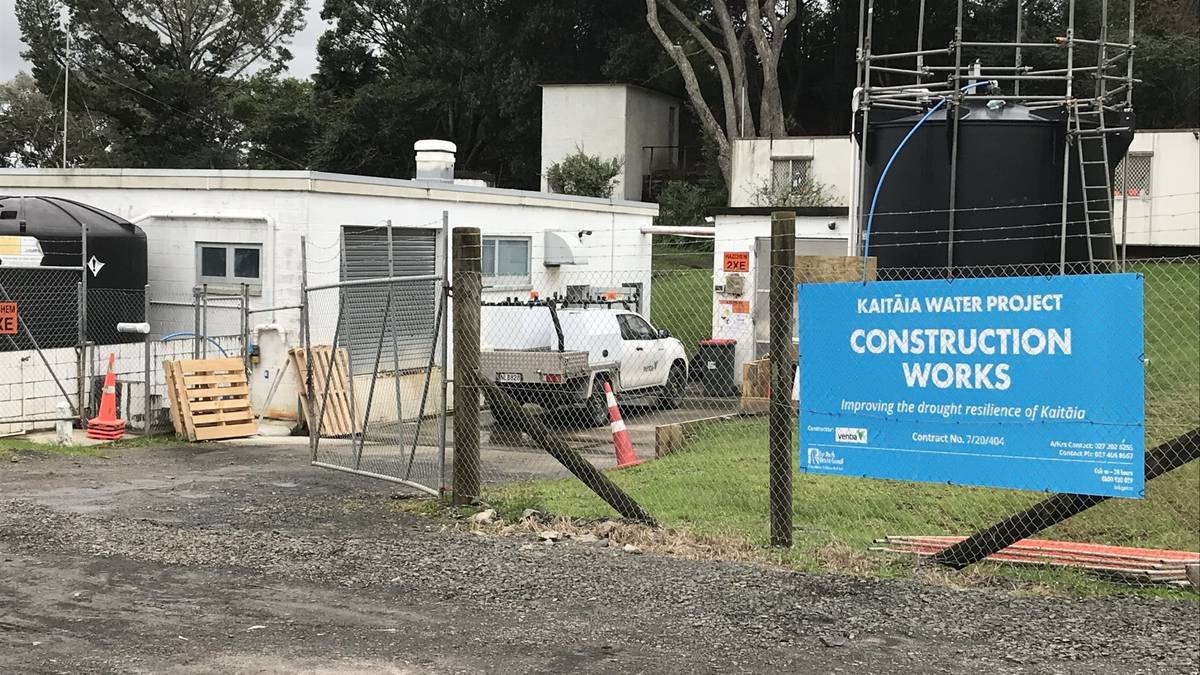 Northland council leaders are concerned parts of the region will miss out on Three Waters investment into the future – as the sector’s wholesale restructure moves on.

The future of more than $1.76 billion in intergenerational ratepayer-funded Three Waters infrastructure assets servicing 200,000 people is at stake. The restructure will see the Government’s new Entity A take over responsibility for this currently council-owned drinking water, stormwater and wastewater infrastructure.

“While we understand structural reform is likely to address some of these issues (by enabling greater investment, for example), we are concerned at the potential for demand in major centres to attract the most investment, leaving smaller rural communities behind.”

“This is a particular concern for us as Northland has areas of significant economic deprivation, especially in the Mid and Far North.

Northland had many small-scale three-water networks which were funded from small rates bases. This was of concern into the future in terms of who paid, particularly where increased fees and changes were involved.

Tepania said he had huge worries over how the reform would play out on an operational level in the Far North.

“I have always been against the current model and have huge concerns over how this will deliver equitable benefits at an operational level for Far North residents when joined with [Whangārei and Auckland] in [Entity A],” Tepania said.

Tepania said he looked forward to the opportunity to influence how this would work, through Local Government New Zealand’s national council.

Northland councils are continuing to work towards Three Waters becoming reality from July 2024, as required – while also being opposed to it.

NRC chief executive Jonathan Gibbard said Entity A was required to be part of a relationship agreement with his council. The entity and regional council had to work through how best to manage stormwater in their geographic areas. This included land drainage areas.

Gibbard said Entity A and NRC had to include in the agreement how best to develop, operate, maintain and enforce their respective roles in operating stormwater, land drainage and related services.

Gibbard also said NRC was working nationally on the agreements with regional councils across New Zealand and the Department of Internal Affairs, developing the documents that would create the framework to provide for and manage the operational interface between New Zealand’s four new water services entities and regional councils.

Whangārei Mayor Vince Cocurullo said the Government had not taken into account Entity A in his district’s strong Three Water infrastructure position.

He said his council was still opposed to the Government’s Three Waters plans.

“Council remains opposed to the creation of a water services entity and the potential weakening of local control,” Cocurullo said.

The councils are seeking an independent legal judgment around property ownership rights and interests. They are still waiting for a response.

Northland’s four councils are all part of Communities for Local Democracy, the breakaway group of 27 councils representing more than 1.3 million New Zealanders which had put forward alternatives to the Government’s Three Waters plans.

The Government plans to have the new Entity A up and running by July 1 2024.

The North’s four councils are working together on a joint Northland Three Waters asset management plan.

“With the Water Services Entities Bill now passed, Council is required to work with the Department of Internal Affairs (DIA) on transition activities,” Nama said.

Department of Internal Affairs National Transition Unit executive director, Heather Shotter, said Northland’s rural areas would not miss out on Entity A funding at the expense of its cities, Auckland and Whangārei.

“There will be clear incentives through legislation and regulation for the new water services entities to have a strong focus on prioritising investment in communities where it is required, in order to ensure these services meet the standards all New Zealanders expect and deserve,” Shotter said.

“As the water services entities’ asset management plans are developed, New Zealanders can be assured that addressing issues that currently prevent local communities from receiving high-quality services will be a priority. It is important to note that the development of the initial asset management plans relies wholly on the information provided by councils about their capital and operating works programme.

The NTU would work with all Entity A councils to develop a prioritised work programme, ensuring that their projects were reflected. The draft plans would then be provided to councils to review and provide feedback, Shotter said.

“Reform provides for an increase in the overall level of investment in Three Waters infrastructure and services and improvements in management, which means long-standing issues can be addressed while maintaining and further improving infrastructure and services which are currently in good shape. The NTU will be working closely with the supply chain to ensure that the projects can be successfully delivered.

“Local communities will have a say on how water services entities are governed. This is through council and mana whenua representatives on the regional representative group for each entity and through regional advisery panels,” Shotter said.

She said the Entity A would be charging users for the water services used to provide funding for the investment. Households and businesses would be among water service users charged. Developers would also be charged for water services infrastructure, much like councils charged development contributions.

“Balance sheet separation from councils will enable the new water services entities to raise more debt to fund the significant investment required in water infrastructure over the coming decades. This means the cost of this investment is spread over a longer timeframe, rather than being front-loaded onto today’s ratepayers,” Shotter said.

“Three Waters reform creates the scale and structural change that will enable the significant investment required in water infrastructure that is out of reach of individual councils alone,” Shotter said.