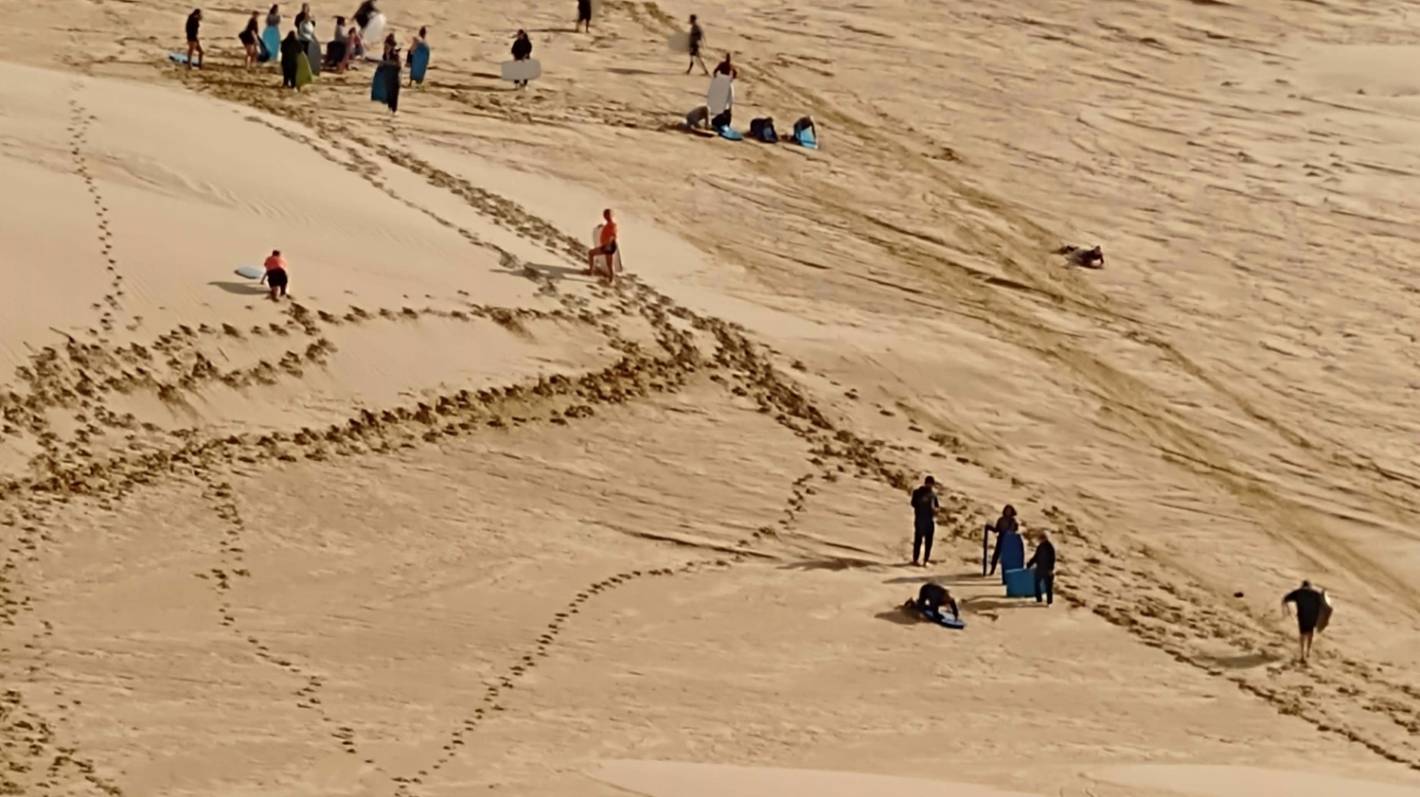 The Giant Sand Dunes at Te Paki Stream are renown for sand boarding down. (File photo)

A beach tour company is on trial after a tourist in its care was hit and killed by another of its buses while sand boarding at a popular Northland tourist spot.

He had been on a tour bus allegedly​ run by Kaitāia-based Sand Safaris, with the tour including the chance to ride down the sand dunes while lying on a boogie board.

Oh went down the sand dune and, when he reached the bottom, he was struck by the back wheels of another Sand Safaris bus​, suffering fatal head injuries in front of his family members.

READ MORE:
* Tourist dies at Te Paki Sand Dunes after being run over by bus

WorkSafe has charged Sand Safaris with failing in its primary duties to ensure the safety of other people from its business operation, as far as reasonably practical.

A four-day judge-alone trial began in the Kaitāia District Court on Monday, in front of Judge Philip Rzepecky​.

WorkSafe lawyer Rachael Woods opened by saying the company did not control the risk of sand boarders finishing their runs down the dunes in a “run-out area” which was also used by moving vehicles.

The risk was real and obvious, demonstrated two years before Oh’s death when a young boy who was sand boarding in the same area was struck by a passing vehicle, she said.

Sand Safaris did not separate the run-out area from moving vehicles, nor did it have any traffic management – such as signs, barriers or a staff member at the bottom of the dunes, Woods said.

Instead, the company tried to manage the risk by having the tour bus driver go up the sand dune with tourists, observe any oncoming traffic and control the activity accordingly, she said.

On the day of Oh’s death, tour bus driver Daniel Beazley was busy helping to sort out another passenger while Oh went down the sand dune, she said.

Sand Safaris disputes it was the owner and operator of the tour bus on which Oh was a passenger, saying it was operated by another entity with the same shareholding, Woods said.

It also denies the charge.

The judge-alone trial is expected to run for four days at Kaitāia District Court. Witnesses will include Oh’s family who witnessed his death, other passengers on both buses and the bus drivers.