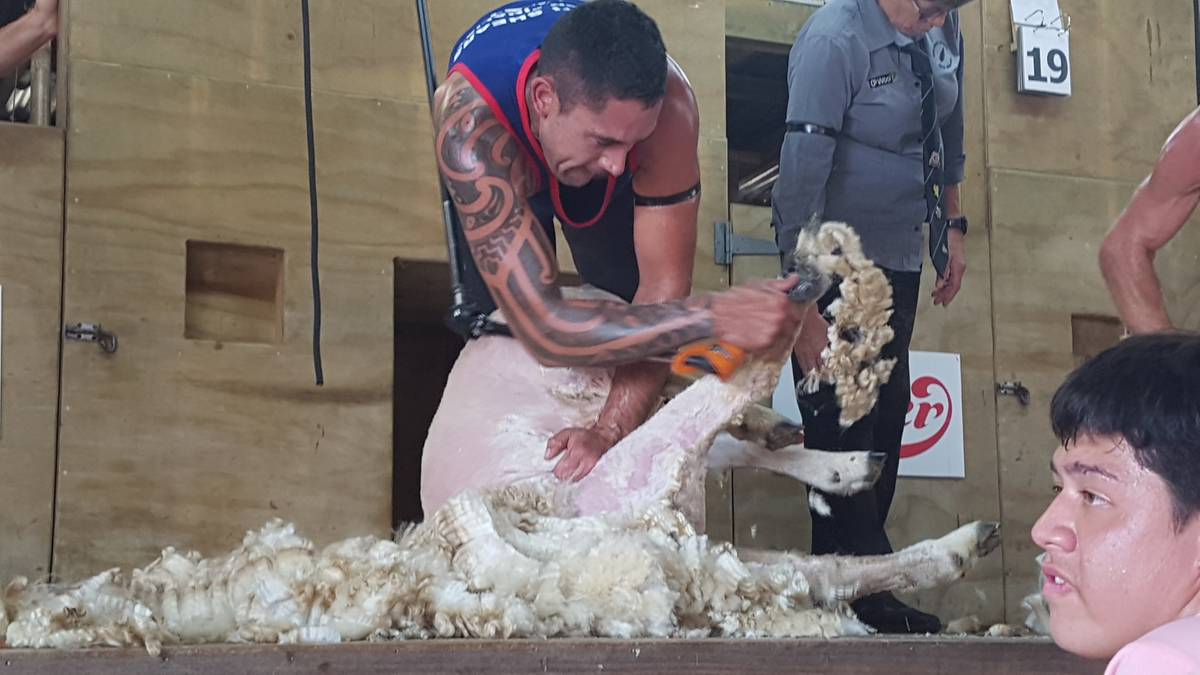 Toa Henderson in action at Apiti last February. He won the Whangārei A and P Show’s open shearing title on Saturday. Photo / SSNZ

The lure of another competition, a taste of victory and the pull of loyalty were a combination too much to resist for Northland gun Toa Henderson as he won the Whangārei A and P Show’s open shearing title on Saturday.

Under pressure to work in the woolshed with sheep needing to be shorn after repeated rain spells in recent weeks, the Kaiwaka shearer escaped for a few hours to make the closest show to home.

The move certainly paid off, with Henderson scoring his third victory in a row after wins a comparative world away in Central Hawke’s Bay on November 12 and in Taranaki a fortnight later.

Following the intervention of Covid-19 restrictions, it was the first competition north of Auckland since Henderson was second at the Kumeu Show in March 2021.

It was also the last on the Shearing Sports New Zealand calendar for 2022, allowing the industry to get most of the main shear out of the way before the season resumes at the Peninsula-Duvauchelle Shears, near Akaroa, Banks Peninsula, on January 14.

Because of the pressure of work in the woolshed, and the dwindling numbers of sheep in the north, competitor numbers at Whangārei were small, including just six in the open class.

However, it was still able to produce a good three-man final on the 20 lambs each from the property of Purua farmer Greg Lovell.

Henderson shore the 20 in 17min 20sec, beating Phillips off the board by 1min 20sec, and also had the best board and pen shearing points to win comfortably by almost 10pts.

It was a close run for second and third though, with Phillips claiming the runner-up ribbon by just 0.2pts.

Mainland added the triumph to victory in the first North Island senior final of the season, at the Poverty Bay A and P Show in Gisborne on October 16.

The other finals provided the first intermediate win for Toa Henderson’s nephew, teenager Hamuera Henderson, and the first-ever win for Keanu Andrews, of Okaihau, in the junior event.

The next of the six competitions in Northland during the season is at Kaikohe, one of four shows throughout New Zealand on January 21.

Results of the Whangarei A and P Show Shearing Championships at Barge Park, Whangarei, on Saturday, December 3, 2022