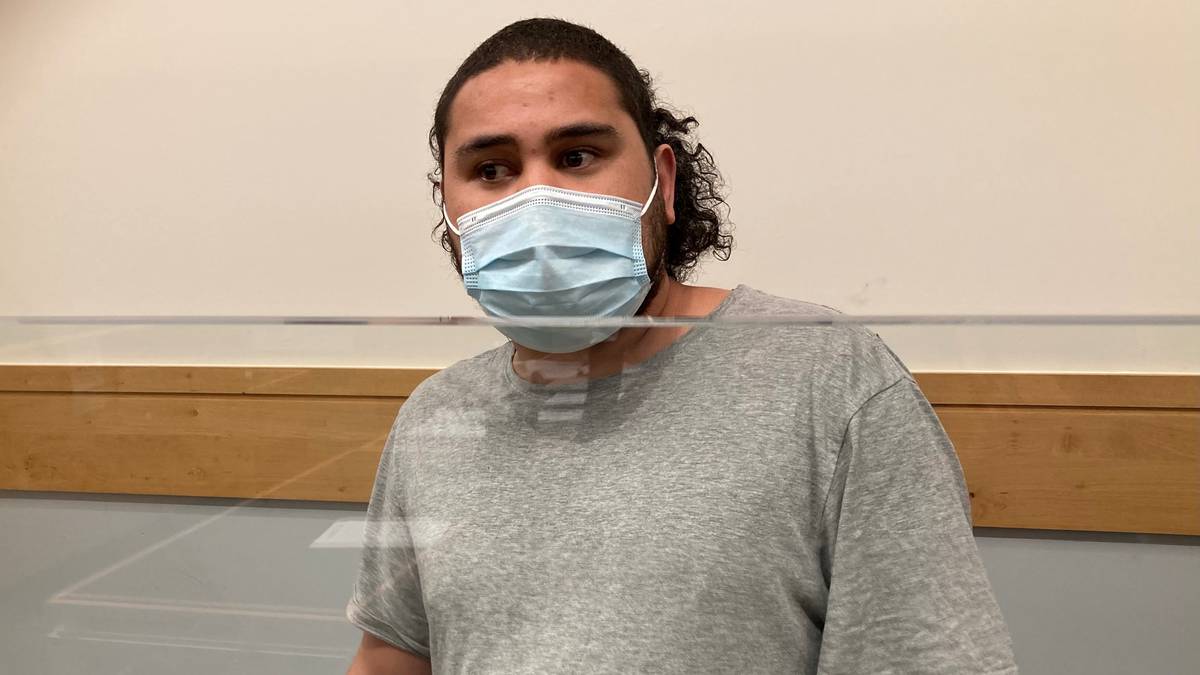 Tama-Parei Himiona Parata, 25, has been sentenced to 12 months’ home detention for his role in an incident where his friend shot at police from a moving vehicle. Photo / NZME

A man who held the steering wheel of a fleeing vehicle while the driver shot at police has been sentenced to 12 months’ home detention.

Tama-Parei Himiona Parata, 25, appeared in the Whangārei District Court on Monday for sentencing after he had earlier pleaded guilty during his trial to a charge of using a firearm against police.

Parata, who was a passenger in a car driven by Jeffrey Cassidy in Whangārei on September 3, 2020, twice held the steering wheel while Cassidy leaned out of the window and fired at police officers.

Cassidy was jailed for seven years after he pleaded guilty to two charges of using a firearm against law enforcement, dangerous driving, failing to stop, and drink-driving (600mcg).

In court on Monday, Judge Gene Tomlinson said while Parata pleaded guilty to the offending, in essence, there was little he could have done to stop Cassidy other than to have pulled on the handbrake, which with a man leaning out of the window firing a gun, may not have resulted in a good outcome.

Judge Tomlinson set a starting point for Parata’s sentencing of six years’ jail, but after giving discounts for his guilty plea (25 per cent) and matters identified in a report, including his hard upbringing (15 per cent), that brought it down to 46 months.

The judge then gave discounts for the two years Parata had spent on electronically-monitored bail and the good work he had done while on bail to better himself, taking the final sentence down to 24 months’ jail.

This put Parata into the territory of home detention, and the judge said he was granting that sentence by the narrowest of margins.

Parata was sentenced to 12 months’ home detention – the longest time possible. Judge Tomlinson also ordered Parata to do 200 hours community work to ”put something back into the community from which you have taken by your actions”.

He said given the work Parata had done since his arrest and the strong family support he had, he was confident the sentence was adequate and that Parata would continue his good work towards improving himself.

However, Judge Tomlinson warned that if there was a whiff of non-compliance or breaching the sentence, Parata would be off to jail straight away.

The officer who pursued the pair said during Parata’s trial that Cassidy lent fully out of his driver’s window four times, twisting to face [the officer] and holding the grip of an old Enfield .303 rifle with both hands as he aimed it directly at him. Cassidy could not have done that without Parata taking over the steering, the officer said.

He was not expecting to actually be shot at, at the time thinking Cassidy might just try to scare him with the rifle by poking it out the window.

The rifle fired twice – the first bullet failed to hit anything, the second hit his headlight. On the last two attempts, the gun failed to fire.

The officer said he knew when another shot would be taken as he could see Parata in the front passenger seat take hold of the wheel. The car was disabled early in the pursuit by police road spikes.

The pair were arrested when the car broke down. The officer said he saw Parata with his hand on the rifle trying to free it from beside the centre console.

Judge Tomlinson said the offending has had profound and lasting impacts on at least two of the officers, with some still suffering ongoing problems including anxiety, depression and fear. The incident meant an officer no longer policed in the same way and at one stage considered resigning from the force.

The judge told Parata he was lucky that he lived in New Zealand, as if he had been involved in a police shooting in virtually any other country, apart from the United Kingdom, he would have been shot dead.

”This sort of behaviour would see you dead, 100 per cent,” Judge Tomlinson said.

”Remaining in the car and putting your hand on the gun [means] you would have been riddled with bullets if this had happened in any of those countries. That’s how serious this is. But in New Zealand our police don’t shoot as quickly those overseas, and because of that, you are alive.”