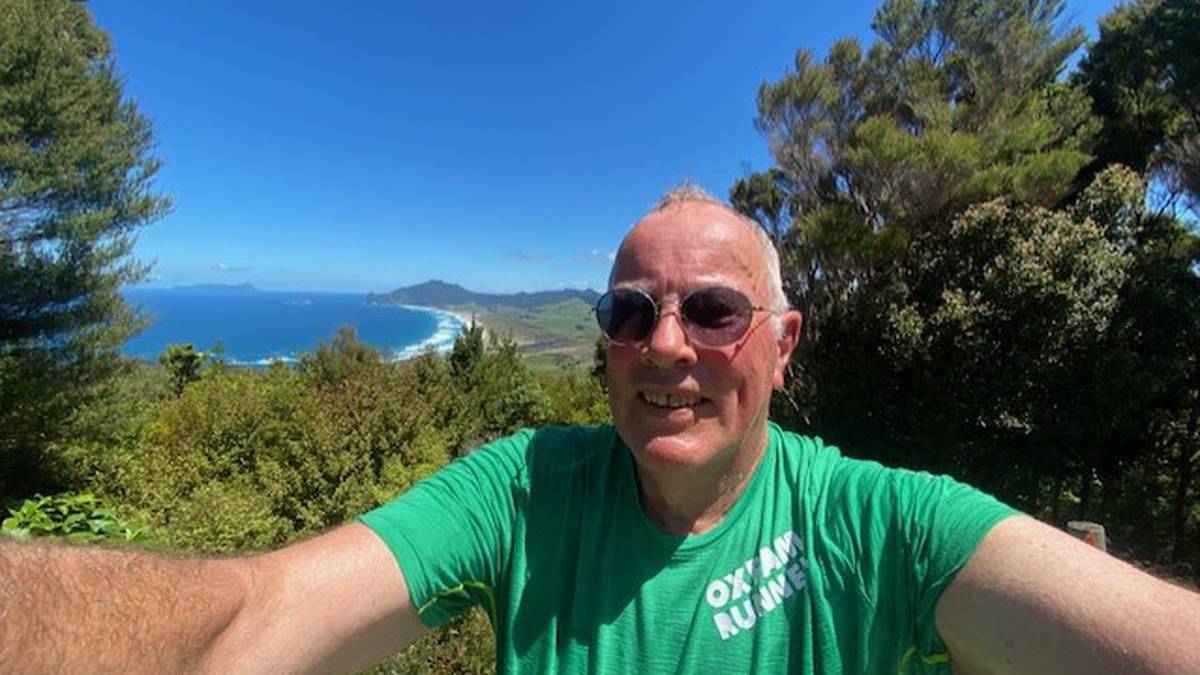 Kubi Witten-Hannah on his 34.61km hike, pictured here on the summit of Kauri Mountain with Ocean Beach in the background. Photo / Supplied

A day-long trek for one Whangārei man has turned into a down-to-earth effort from keen hikers to climb a whopping 34.61m in one day for a local school.

Kubi Witten-Hannah from Whangārei Heads has started an unofficial fundraiser for Whangārei Heads School that involves climbing the four maunga the school houses are named after: Aubrey (Reotahi), Manaia, Lion (Matariki) and Kauri.

The challenge was initially to beat his time of nine hours and eight minutes, to which he would donate $50 to the school.

The walk began for Witten-Hannah at Little Munro Bay one early December morning, and he trudged all the way to Harambe Rd by that evening, climbing four challenging maunga along the way.

Two weeks later, and Witten-Hannah has received immense interest from between 20-30 people wanting to create a new record and continue the spontaneous fundraising effort.

One local woman whose children attend the school offered to boost the idea by donating $50 for the first three people who do the challenge.

It’s a momentous effort, leaving one wondering, ‘why on Earth do this’?

Witten-Hannah explained he has had a “strong relationship” with Whangārei Heads School for several years.

As a teacher himself, he has “always thought what a fantastic little school it is”.

His three grandsons have attended the school, and he has climbed each of the mountains separately, which was where the idea of climbing the four peaks began.

“It sort of combines two passions of mine,” he explained. “I like seeing schools do well.

“I just think it builds connections,” he said, “some people who don’t have a direct association with the school are getting involved too.”

He said the Whangārei Heads community is an “amazing” one to be part of, and he’s enjoying challenging the “younger ones” who run up Mt Manaia regularly.

Witten-Hannah also joked about one person who braved the weather last Wednesday to go out and didn’t beat his record because “he got distracted by all the views”.

That new record will have to be beaten for the next $50 to be donated.

Witten-Hannah estimates there have been close to 150 responses to the original post on Facebook, which set out the challenge and encouraged others to join in.

He said those joining are welcome to vary in their start and finish directions, and called the challenge “just a bit of fun”.