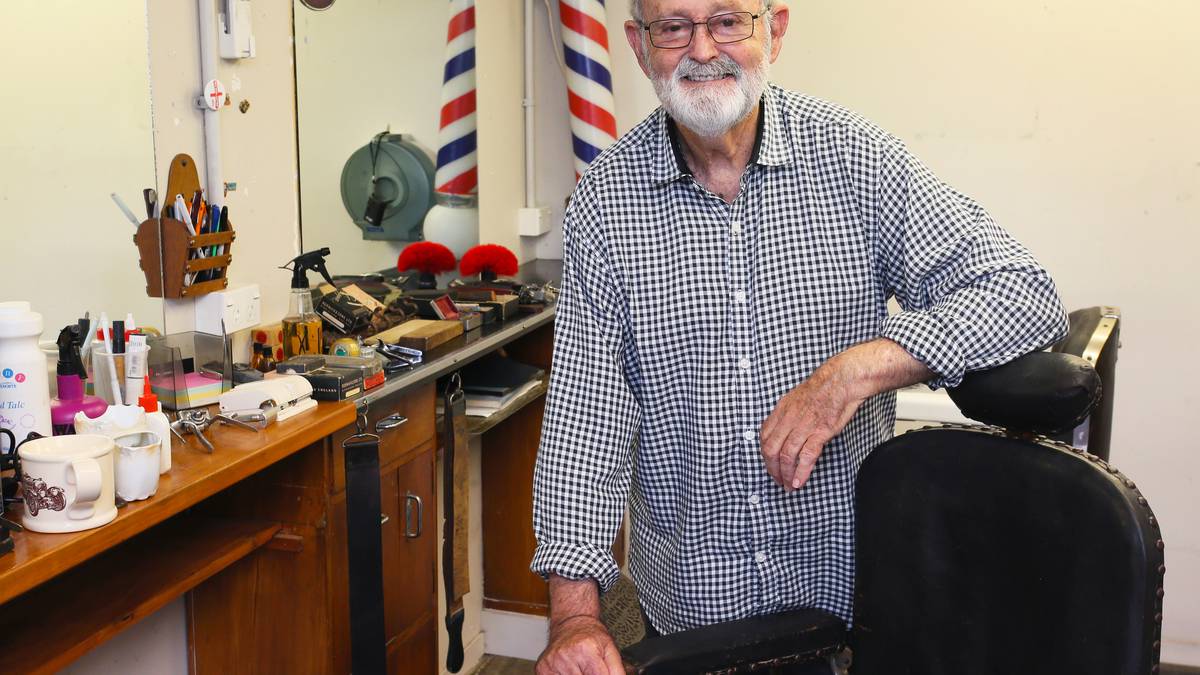 After 66 years of working as a barber in Whangārei, 81-year-old Phillip Benfell has retired. Photo / Tania Whyte

Veteran barber Phillip Benfell has hung up the clippers and retired after 66 years of working in the Whangārei community.

At 81 years old Benfell has never had a boss, apart from his father, and has worked as a barber his whole life.

Benfell began working in his father’s hairdresser shop when he was 12, mainly serving behind the counter, selling cigarettes and Golden Kiwi tickets.

Benfell started by sweeping floors and prepping the chairs before he moved on to the clippers and scissors.

“It was probably three or four months before I actually got to do a whole haircut under supervision.”

Balloons were blown up and covered in shaving cream for Benfell to practise on, which made for a sticky mess if a mistake was made.

When Benfell turned 20 he decided it was time to open up shop himself and he found a small spot on James St.

“I rented a chair from two guys … it was just a little salon, two chairs each end, and out the back of it was a billiard room.

“The word got out pretty quickly that I’d left my dad’s … and I’ve been self-employed ever since.”

Only a few months after he moved into the billard room he moved to a spot on Robert St across the road from the old post office, and then back to his father’s shop.

“Then when Dad retired he wanted to sell his shop, so he sold it to me and I stayed there until 1987.

A new landlord would eventually price Benfell out of his father’s old shop, so he moved yet again to a shop in Hoskings Plaza, Cameron St until 1993.

“It was just a little tobacconist and barber shop back then … and we started a Lotto shop.”

History would repeat itself and the new landlord wanted to raise the rent after the closure of the Lotto shop, which sent Benfell searching for a new place.

“At that time I was cutting Brian Lambert’s hair, he owns AllKars … and I was also cutting his son’s hair, and they didn’t want to lose their barber so they offered me a little shop in the car yard which I accepted … and I’ve been there ever since.”

When Benfell is asked about why he stuck at barbering for so long, his reasoning isn’t anything to do with haircuts at all.

“I didn’t so much like cutting hair, I could do it with my eyes closed when I was younger.

“I liked the customers, and I liked to stir a little bit and talk about all sorts of things.”

Benfell said his shop was there for conversations and catching up, not just receiving a service.

“Back in those days, it was nothing to have four or five people waiting and you’d say something, particularly about politics or something, and I’d get it going and get all the customers arguing.”

For Whangārei’s future barbers, Benfell said the key to success is all about creating a good environment.

“We had lots of fun.

“I’m gonna miss the [customers] terribly and I’d like to think they miss me for me rather than the haircut.”