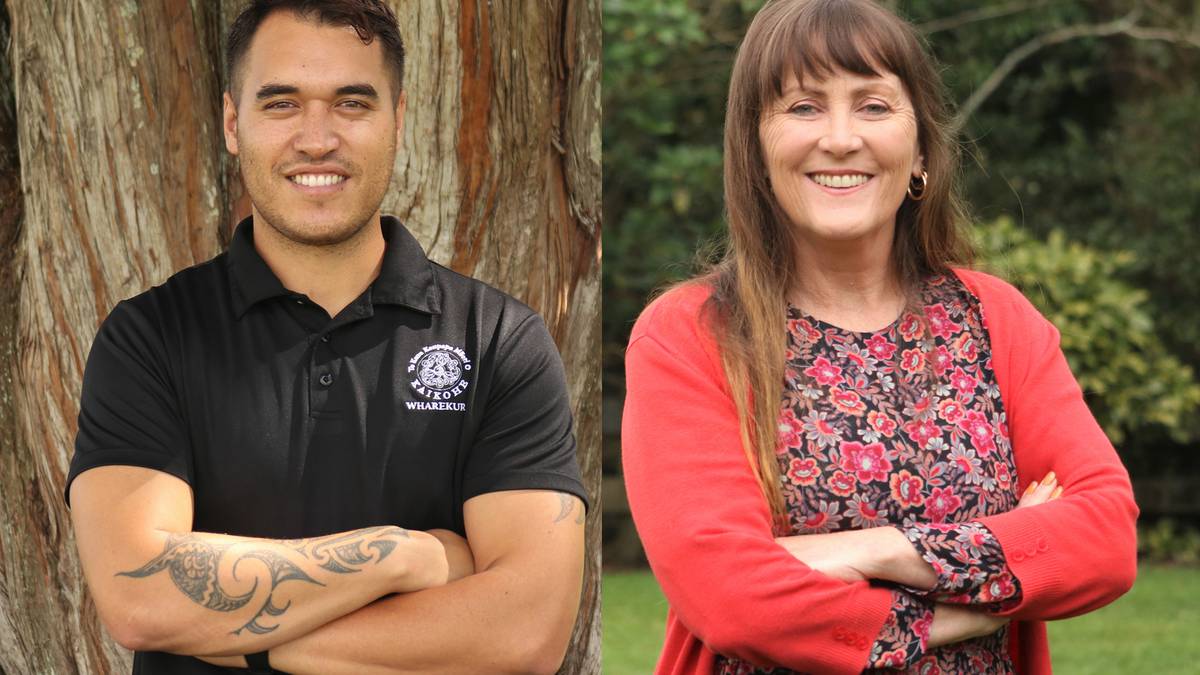 Moko Tepania or Ann Court? Far North voters will know by tomorrow evening who their new mayor will be. Photo / Peter de Graaf

Far North voters are likely to find out tomorrow evening who will lead their district for the next three years.

While around the country new mayors and councillors are already settling into their roles, the outcome of the Far North’s nail-biter of an election was still unknown as of edition time yesterday.

On Saturday afternoon, when the first results were released, long-serving councillor Ann Court of Waipapa was leading Kaikohe te reo teacher Moko Tepania by 5995 votes to 5750, a margin of 245.

A day later, once Saturday’s last-minute votes had been tallied, their positions had switched with Tepania on 7535 and Court on 7288, a lead of 247.

A spokesman said that process was expected to take until Friday evening.

The number of special votes cast in the Far North would not be known until then, he said.

On Sunday’s numbers, if Tepania wins the mayoralty and vacates the council seat he has already won, the next-ranked Babe Kapa will be elected to Ngā Tai o Tokerau Māori Ward.

If Court becomes mayor, she would vacate her council seat and Rachel Smith would win back her spot in the Bay of Islands-Whangaroa Ward.

However, even that could change due to the STV (single transferable vote) system used in the Far North.

According to voting expert Professor Janine Hayward of Otago University, if Tepania wins the mayoralty his votes as a councillor would be redistributed among the remaining 17 candidates in the Māori Ward, according to voters’ next preferences.

That could change the candidate rankings and see someone else gain, or lose, a spot at the council table.

The same could happen in the Bay of Islands-Whangaroa Ward if Court won.

While some people complained STV was too complicated, Hayward applauded the Far North for adopting the system because it ensured whoever won was supported, to some degree at least, by a majority of voters.

“No electoral system is perfect but in terms of translating votes into who actually gets elected, STV does a much better job than FPP [First Past the Post].”

If a candidate won more votes than needed to be elected, their “surplus votes” were redistributed to candidates further down voters’ preference lists.

At the other end of the scale, if a candidate had little support and no chance of being elected, their votes were redistributed to other candidates according to voter preference.

STV was also useful for avoiding vote splitting when large numbers of candidates were vying for a single position, such as a mayoral election.

FPP could have a “chilling effect” on candidates who could be reluctant to run for fear of splitting the vote.

It was also discouraging for voters because a candidate could win despite receiving only a small proportion of the overall vote.

“In STV it doesn’t matter how many people stand, it’s not a lottery who gets elected … Voters can be much more confident, if they vote honestly and rank the candidates in the order they support them, that they are likely to see someone they helped elect. You can’t say that about FPP because large numbers of votes don’t help elect anyone.”

According to Local Government NZ, the Far North election is one of four around the country still on a knife edge.

One of the others is in Gore, where 23-year-old Ben Bell had a lead of just 13 votes over long-time mayor Tracy Hicks in the preliminary results. If elected he will be New Zealand’s youngest-ever mayor.