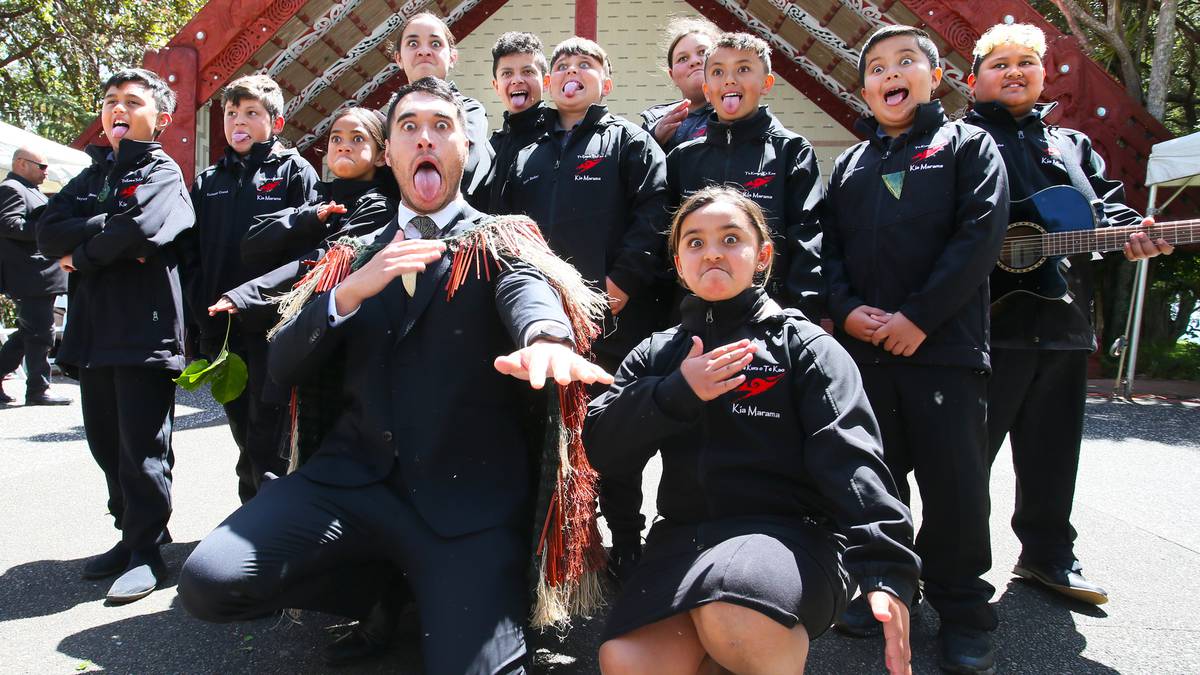 Hope came to life at Waitangi as 500 people gathered to pōwhiri New Zealand’s first mayor to have also stood for a Māori ward and his Far North District Council.

Tepania is one of six newly-elected Māori mayors across New Zealand’s 78 councils, and the only successful Mayoral candidate to have also stood in a Māori electoral area – FNDC’s new Ngā Tai o Tokerau Māori Ward.

“I am totally overwhelmed. I only found out on Friday at 10pm I was mayor and here we are today,” Tepania said at the end of the pōwhiri.

Crowds filled with kuia, kaumatua, babies and students who got up as early as 5am to attend the pōwhiri from as far north as Te Kura o Te Kao near Cape Reinga and more, were among those present – universally celebrating the huge moment in history represented by having a Far North Māori mayor and Māori ward councillors.

Iwi from across the Far North were represented, pledging their support for the newly-elected representatives on a council that is now predominantly Māori.

The pōwhiri was conducted almost fully in te reo, being translated into English by a live translation service via a Kaitāia Māori language specialist present at the event and sent electronically on request to councillors and media via a small personal receiving box and earphone.

Whaingaroa kaikōrero (speaker) Raniera Kaeo was one of several speakers who acknowledged the day as history in the making.

“The writing is on the wall Taitokerau. The north is here. Today is history,” Kaeo said.
He said those present had come to witness and be part of history.

“We must follow the sun a look into the horizon to a new dawn,” Wihongi told those present.

“Tomorrow is your day.”

Emotion, colour and highly skilled waiata, haka and oratory marked the pōwhiri, as local
government history unfolded on the grounds of Waitangi Marae.

Tepania was bestowed the description of kahika, the tall and strong native kahikatea tree. His Deputy Mayor Stratford kowhai.

The important role of the council’s introduction of its first Māori ward was acknowledged by those present, those against their introduction asked to take note of the overwhelming support the ward had brought to the council, as clearly evidenced at Waitangi.

Ngāti Hine leader Waihoroi Shortland said the introduction of a Māori ward had been positive.

Shortland said elected representatives were there for all people Māori and Pakeha and it was time to move on from those who made racist comments about Māori wards.

“Show them the way of working as one,” he said.

Shortland said Tepania had long been a leader. He was fulfilling the wishes of his forebears in his new leadership role.

Tepania’s ability to connect with people in all walks of life came alive as he spoke briefly
towards the end of the pōwhiri and those present erupted into delighted cheers and clapping at times as he spoke to those present.

Te Kura Kaupapa Māori o Kaikohe Year 13 student Koby Kelleher said Tepania had been an inspiration as a teacher at his school.

“It shows us what might be possible,” Kelleher (17) said.

Te Aupouri kaikōrero Eru Kapa-Kingi said the pearl of the light beam was now shining the way out of the darkness to a new horizon.

Te Rarawa chairman Haami Piripi said the new council showed the importance of voting.
The FNDC pōwhiri was held in an auspicious place, Piripi said – He Whakaputanga – the Declaration of Independence had been signed on the same site.

Piripi acknowledged the more than 100 kura students from at least half a dozen kura across the Far North who were part of the pōwhiri.

“In the words of Whina Cooper, let our children hear, see and listen to what is in front of them,” Piripi said.

“It is a new day. We must be one – iwi, whanau, hapu,” he said. “In the old days it was like when the fog has settled upon us, but now we can see the fog lifting. We must uplift our councillors.