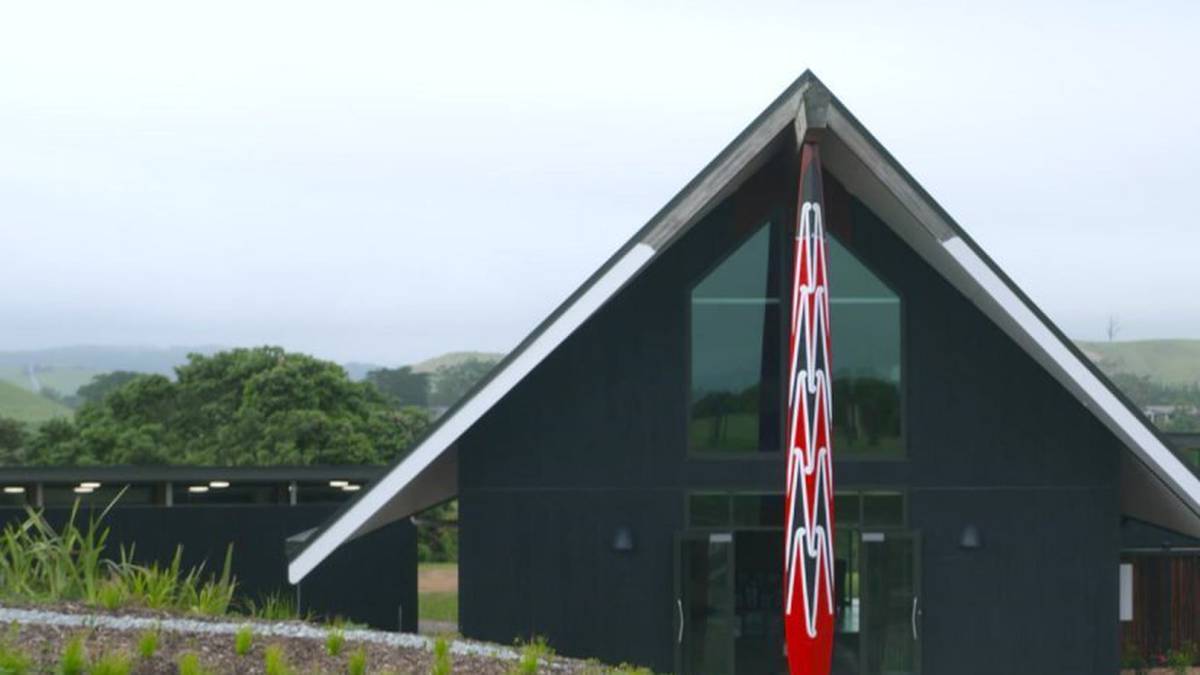 Located at Aurere in the Far North, the Kupe Waka Centre will be open to anyone interested in waka building.
Video / Whakaata Māori

Far North iwi celebrated a significant milestone with the opening of the Kupe Waka Centre. The centre, located at Aurere on the east coast of the Far North, will be open to anyone interested in waka building and star navigation.

This institute was the dying wish of a giant of ocean navigation, Sir Hekenukumai Busby, and received $4.6m from the Provincial Growth Fund to build the centre. People from across New Zealand and the Pacific were on hand to witness the culmination of “Hek’s dream”.

Joe Conrad, one of Busby’s many students, recalls Busby’s directive to him and others.

“A week before Uncle Hek passed away, he said to me, ‘you will finish this marae for me’ and here it is.”

The main whare is named Te Whetū Mārama, a term used to describe Busby, who, at the tender age of 50, decided to retire from bridge building to follow his passion to revive waka building and ocean voyaging. He is credited as one of the founders to revive ocean voyaging within Polynesia.

Stan Conrad, also a student of Busby’s, says the centre had very humble beginnings over 20 years ago.

And he says that dream has rangatahi at the centre for the future of boat building, a place for youth to learn the great skills of their ancestors.

“Our rangatahi are all over the place today – they are confused – and kaupapa waka to me will be something that will help them.”

Conrad also says they have an eye on the future, with sustainable practices for waka building a key pillar of the centre.

“Instead of knocking down three or five-thousand-year-old trees, we need to keep that there and plant more in the way waka wants trees planted.”