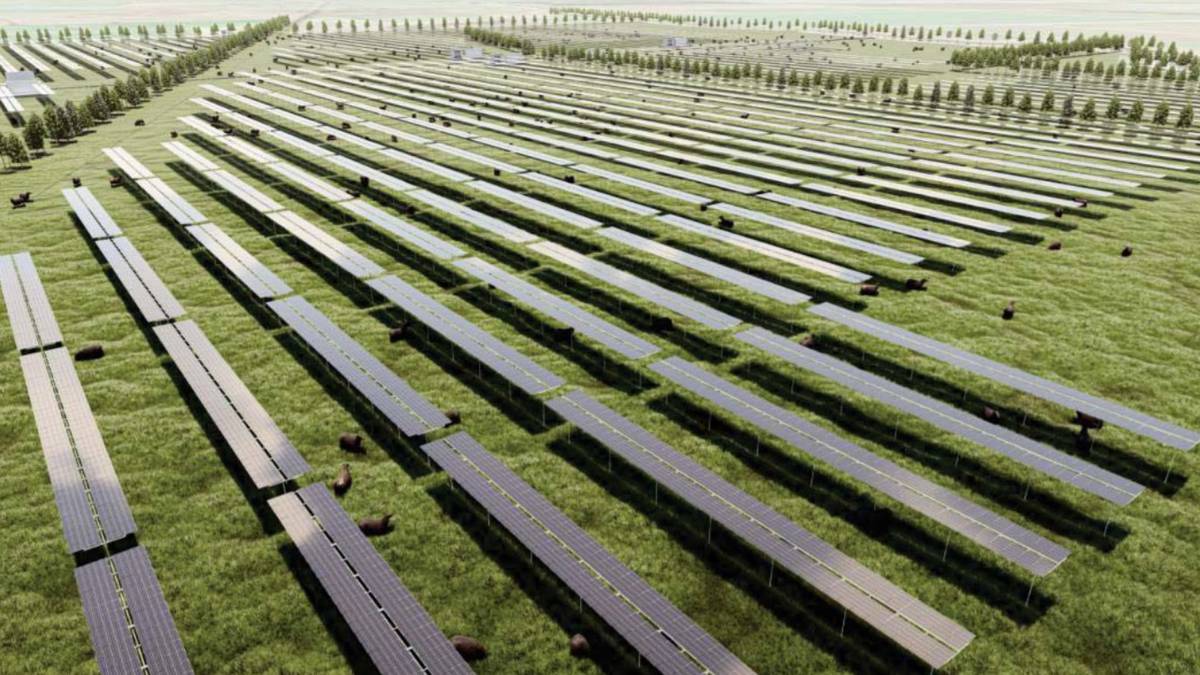 Work has begun near Kaitaia to build one of New Zealand’s biggest solar power stations.

Lodestone Energy started groundwork late last week at the “solar farm” at Gill Rd, about 3km northwest of Kaitaia, and plans to start installing the first of 60,000 solar panels in February.

Power is expected to start flowing in the third quarter of 2023.

Once complete it’s expected to generate 55GWh a year, making it New Zealand’s biggest solar power station — but it won’t hold the title for long because of a raft of even bigger renewable power projects planned or already consented around the country.

Lodestone managing director Gary Holden said the Kaitaia solar farm — along with four similar projects the company was planning near Dargaville, in Coromandel and the eastern Bay of Plenty — would give Kiwis an alternative power option and play a key role in meeting the country’s zero carbon goals.

The solar panels would be installed on racks raised more than 2m from the ground and spaced so farming could continue underneath.

The racks would be motorised to follow the sun for maximum efficiency.

“While we’re proud to see works commence in Kaitaia, this is just the beginning. We have a full construction pipeline already during the next 30 months. Together our first five farms will generate enough energy to power 50,000 homes, or a city the size of Hamilton.”

Lodestone had signed retail agreements with Pulse Energy and Prime Energy to give New Zealanders access to solar power via energy plans with those firms, Holden said.

The Kaitaia solar farm will have about 20ha of panels producing 39 megawatts (MW) of electricity at peak output, enough for about 8000 homes.

That’s more than Top Energy’s 32MW geothermal power plant at Ngāwhā, though that plant operates 24 hours a day and not just when the sun shines.

According to consent documents, Lodestone will work with S2 Group, an organic farming business, to optimise agricultural use of the land by allowing extra space between panel racks, placing the racks at a greater height and using fewer piles, leaving more room for machinery, livestock and arable land.

The location was chosen for its “ideal combination” of sunlight hours, ease of connecting to the existing power network and ability to achieve a low-impact design.

When the project was announced Kaitaia Business Association chairwoman Andrea Panther said another source of power in the Far North, on top of Top Energy’s geothermal plant and backup generators, would further reduce Kaitaia’s dependence on electricity transported long distances via the national grid.

“It will help us become more resilient,” she said.

According to Niwa figures, Kaitaia gets more than 2000 hours of sunshine a year — more than other areas of Northland apart from the Aupōuri Peninsula, but less than East Cape, Nelson or Blenheim.

Lodestone’s Dargaville solar farm is set to be even bigger with 30ha of panels on 170ha of farmland just northwest of the Kaipara town.

It was originally due to start producing power by summer 2023-24.

The company could not give a start date for the Dargaville project but said the whole five-farm portfolio was on an estimated 30-month timeframe for completion.

Another company, Far North Solar Farms, is planning a solar power station in Pukenui, about 50km north of Kaitaia, with 12ha of panels producing 16MW at peak output.

It is consented and was supposed to start generating electricity by the end of last year.

However, 18 months since Prime Minister Jacinda Ardern symbolically turned the first sod for that project, no progress is visible on the ground.