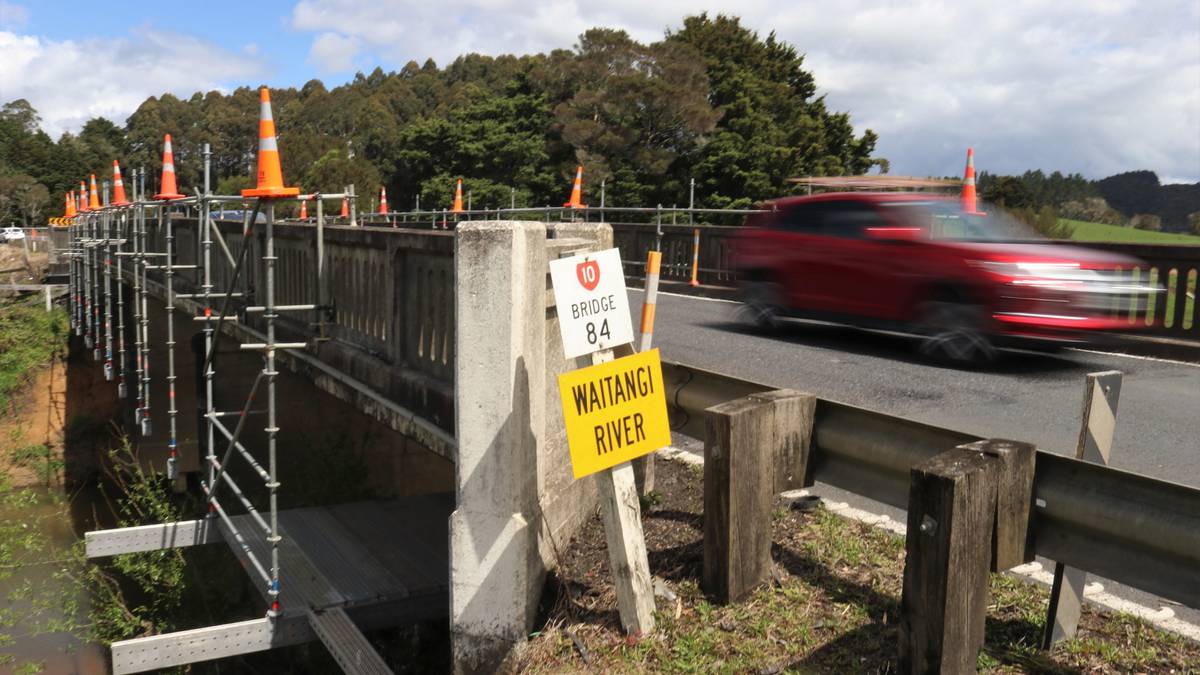 Work has started to strengthen a bridge on State Highway 10 which would virtually cut off the Far North if it failed. The Waitangi River Bridge, north of Puketona, was closed to overweight trucks earlier this year when a routine inspection found the concrete was cracking. However, when SH1, the only alternative, was closed due to slips at Mangamuka Gorge, highway authority Waka Kotahi reopened the bridge to even the heaviest trucks provided they stuck to the middle and drove at 10km/h. Scaffolding was set up around the bridge last week and strengthening work is expected to be completed in early 2023. A Waka Kotahi spokeswoman said most of the work could be carried out from off the highway, so the bridge would remain open but with a speed restriction of 50km/h.

When it comes to coastal racing you want downwind, you want plenty of wind, but you don’t want too much of it. And it’s so far, so good for an estimated 170 starters in the 40th PIC Coastal Classic which kicks off on Friday from Devonport Wharf and finishes 119 nautical miles up the coast off Russell Wharf. An analysis through the wind forecaster PredictWind.com – an official partner to the race – shows that a classic south-westerly of up to 20 knots is forecast for the start line.

Kerikeri firefighters saved the day in one of their most unusual rescue missions yet — a 3-year-old with a finger stuck in a plughole. Fire chief Les Wasson said when the brigade arrived just after 12.15pm on Wednesday daycare centre staff had managed to dismantle the sink but the boy’s index finger remained firmly and immovably stuck in one of the holes in the plughole. Firefighters “very, very gently” cut the plughole away with a pair of side-cutters. Wasson described the boy as “really brave”. “He was quite a tough little fellow,” he said.

Opening his 35-date Aotearoa tour in Dargaville tonight, Grant Haua returns to the local stage after time in Europe including a live television concert at the famous Rockpalast in Germany as well as a number of festival shows over the Northern Hemisphere summer July-August . Haua performs at the Anzac Theatre in Dargaville tonight from 7.30pm, with tickets $25 tickets from Eventfinda and Matichs Fish Shop. He will perform in Whangārei on Friday night at ONEONESIX from 7.30pm, with tickets $25 tickets from Eventfinda and Wards Music.

Whangārei Library is hosting a screening of ‘Planet Local: A Quiet Revolution’ today at 5.30pm. The film focuses on initiatives that are aiming to protect and restore local economies, communities and the natural world, featuring international figureheads such as Dr Jane Goodall. After the screening, those attending are welcome to stay behind and korero about what can be done to create a more connected community in Tai Tokerau.

There may be treasure

The Whangārei Record Fair is back for another round of finding hidden vinyl treasures on Saturday. The free event allows record fans to canvas the vast selection from 10am to 4pm at 116 Bank St while Beagle DJs put on a music spread with live sets. For more information contact Steve on 022 314 6506 or email indigorecords@hotmail.com.