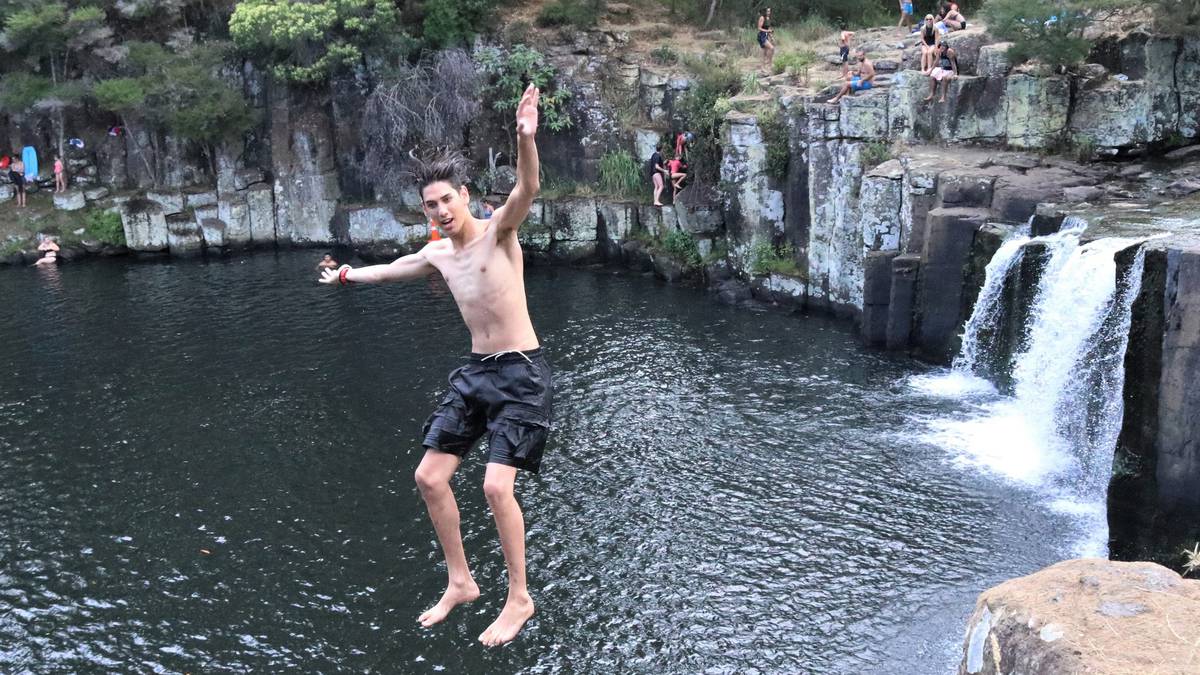 Work to reopen a track to Kerikeri’s most popular freshwater swimming spot is due to start next week. The walkway from Landing Rd, roughly opposite the boat ramp at Waipapa Landing, to Charlie’s Rock was closed for safety reasons in June 2021 after it was washed out during a series of extreme weather events. Work will start on Wednesday to increase the capacity of a stormwater culvert along the trail and build an overflow channel for future heavy rain. The trail will then be back filled, new gravel laid and cleared of obstacles. Charlie’s Rock is a 12-high waterfall and swimming hole, hugely popular in summer, on Waipapa River about 5km from central Kerikeri. The track is due to reopen before Christmas.

The jury in a Whangārei murder trial have retired for the weekend and will be back on Monday to resume their deliberations. Two brothers, who cannot be named due to legal reasons until at least the end of their trial, re-standing trial in the High Court at Whangārei. The brothers, aged 21 and 17 at the time of the incident, have pleaded not guilty to murdering 23-year-old Haze Peihopa during a violent clash on Bank St at midnight on June 12 last year. The older brother has also pleaded not guilty to a charge of assault with intent to injure using a knife after he repeatedly swung it at another man during the street fight where Peihopa was killed. The younger brother pleaded guilty at the start of the trial to a charge of injuring Peihopa with intent to injure after he kicked him in the head while he was on the floor after being stabbed. The trial started on Monday and the jury retired to consider its verdicts at 11.42am yesterday. Around 4.30pm the jury retired for the weekend after re-entering the courtroom several times to watch CCTV footage of the brawl.

A new toilet block is being built at Lake Manuwai, a well-used water reservoir 15km north west of Kerikeri. The facility, co-funded by the Far North District Council and the Ministry of Business, Innovation and Employment’s Tourism Infrastructure Fund, will include two unisex toilets, a changing room and a service bay for cleaning equipment. No running water will be available so hand sanitiser will be provided. The new loos will make use of a waterless dry vault which will be pumped out as needed with the waste taken off site for disposal. It is due to be completed by the end of November. As well as storing irrigation water Lake Manuwai is used for sailing and waka ama training.

The organisers of Paihia’s Christmas Parade from 5.30pm on Friday, December 2, are calling for more floats. The floats don’t have to be big — the point is to have fun and be part of a community event. Email info@paihianz.co.nz for more information. The year’s theme is board games.

The Whangaroa Arts Festival is on next week, with a packed day planned. The festival will be held at Te Kura o Hato Hōhepa Te Kāmaru on State Highway 10, Kaeo, from 9.30am on November 18. There will be plenty of art on display and for sale as well as performances from a number of schools form the area, including TKKM o Whangaroa, Matauri Bay, Kaeo, Oruaiti, Te Kura o Hato Hōhepa Te Kāmaru and Totara North.

Secure system on the way

Police Minister Chris Hipkins has announced the introduction of a new, secure communications network for police and emergency services from next year. The Public Safety Network will have a single, secure digital radio network and improved mobile broadband access. The heads of the emergency services released a joint statement welcoming the news, as did the New Zealand Police Association. Emergency services will start transitioning to Cellular Services from mid–2023 and Land Mobile Radio as a regional roll out from 2024.

An item in Bay News on Thursday stated that Te Tai Tokerau MP Kelvin Davis and Northland MP Willow-Jean Prime had not been to Russell since at least 2020. This was incorrect and they have both been to the area on a number of occasions during this time. We apologise for this mistake.