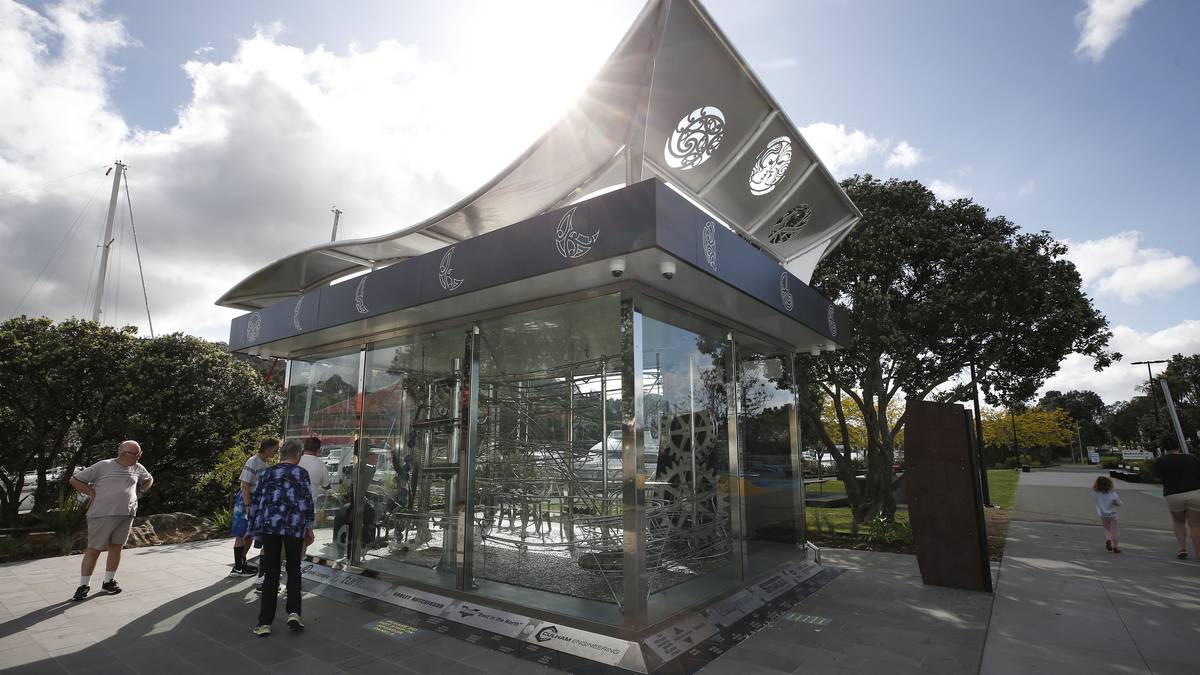 Whangārei’s unique Rolling Ball Clock sculpture, at the Town Basin, will be formally handed over to the Whangārei District Council tomorrow.

It took 14 years of blood, sweat and tears for Whangārei’s unique Rolling Ball Clock sculpture to come to fruition. Tomorrow, the structure, at the Town Basin, will be formally handed over to the Whangārei District Council.

The About Time team behind the project finally got the kinetic sculpture opened in April. Funding came from a Provincial Growth Fund (PGF) grant of $750,000, plus $110,000 from the District Council Community Funding and the About Time committee’s own fundraising of $100,000. Donations, labour and gifted materials came to $75,000.

At 4pm tomorrow, the structure will be gifted to the council, which will take over the day-to-day operation of the popular attraction.

About Time team members have been training council contractors on all they need to know about the clock.

Don’t send gift-cards, vouchers and money through the mail

Police are reminding Northlanders not to send gift-cards, vouchers and money through the mail in the lead-up to Christmas to prevent thefts from letterboxes.

We’re starting to head into what is traditionally the busiest time of the year for items being posted, and unfortunately we do see more instances of mail theft, police said.

Gift-cards and vouchers are usually sent in cards and letters – which aren’t tracked, unlike larger parcels. NZ Post encourages Kiwis to check its website before they send something to see if it is prohibited.

If a parcel is stolen after NZ Post completes delivery of the item, the theft becomes a police matter, and people will need to report the theft to the police.

One person was arrested in the Far North after someone was reportedly carrying a firearm. The person was allegedly seen with a gun on Boswell St, Kawakawa around 8.15am on Monday. No firearm was located, and no injuries were reported, police said.

Northland police have confirmed they located a body in the Parahaki area on Friday. A formal identification process is yet to be completed, but it is believed to be a 39-year-old man who was previously reported to be missing. The death will be referred to the coroner.

Northlanders looking to purchase an electric vehicle and take advantage of the Government’s Clean Car Rebate have a new option on their back doorstep.

Keith Andrews is now an authorised dealer of BYD cars, which it will sell and service from its Mercedes-Benz dealership in Whangārei.

The BYD brand launched in New Zealand in June 2022, and its lineup includes the fully-electric Atto 3, which was recently awarded AA Driven’s NZ Best Clean Car BEV of the Year 2022 award.