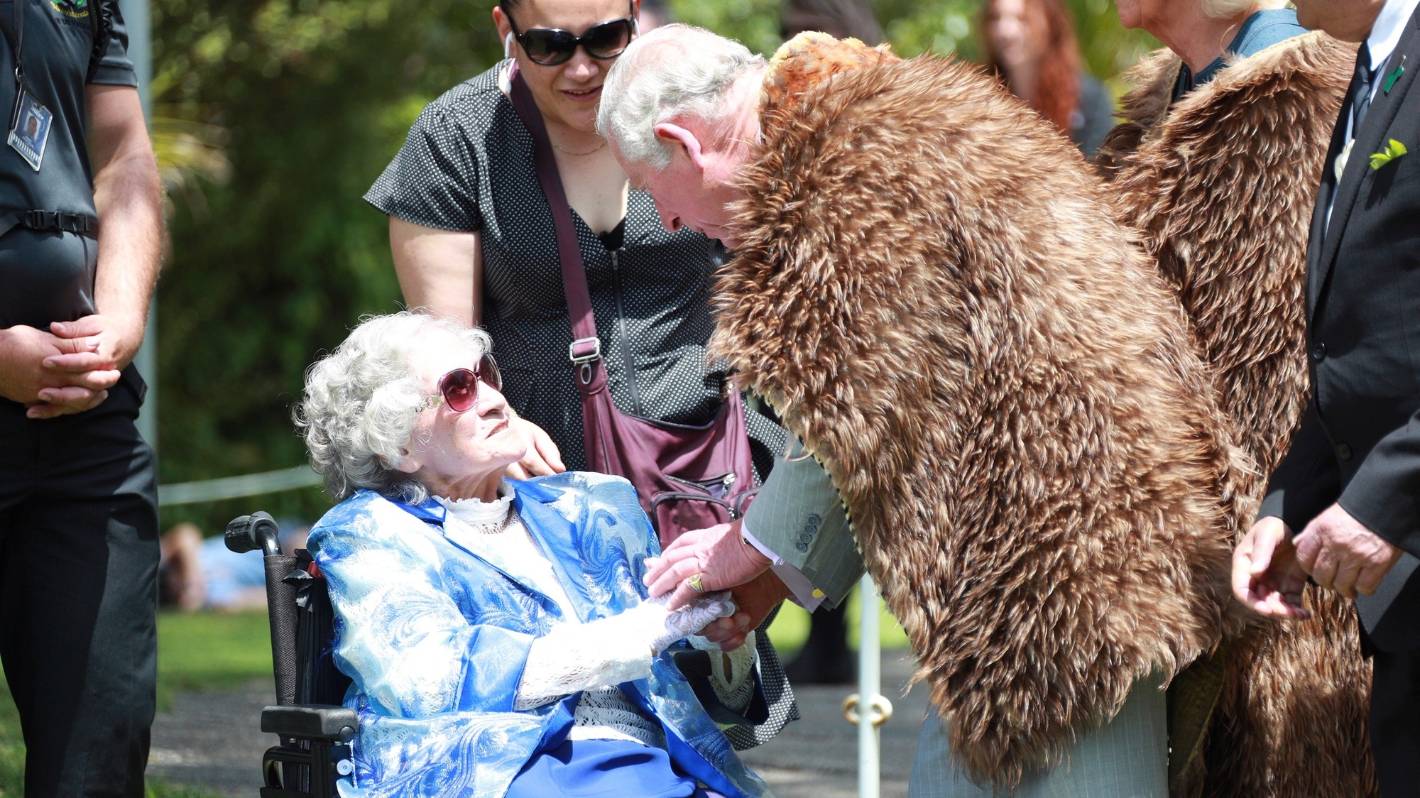 Titewhai Harawira speaks to King Charles at the Waitangi Treaty Grounds in 2019.

Hone Harawira, the politician and one of her eight sons, announced her passing in the early hours of Wednesday morning.

Titewhai Harawira was 90 years old. She celebrated her birthday in style last year, with hundreds attending to mark her ninth decade.

READ MORE:
* He maemae aroha: Tauranga Moana mourns the loss of Kihi Ngātai
* Many of our energy assets are built on Māori land, so why do Māori disproportionately endure power poverty?

A mother of eight, Titewhai Harawira was also grandmother to 70 mokopuna and about 25 great-grandchildren, said her grandson, Tūmamao Harawira.

She is from Ngāti Hau, Ngāti Wai and Ngāti Hine.

Her activism gained her a national reputation, making her one of the most familiar faces at Waitangi each year.

She was a member of Ngā Tamatoa, a young activist group which formed in the 1970s to draw attention to Māori rights, land and language loss.

At Waitangi, during annual commemorations, she was known both for challenging politicians but also for guiding them through proceedings. She stood beside prime ministers and princes.

In the past few years, Titewhai Harawira had stood beside prime ministers John Key, Jacinda Ardern and also the then-Prince Charles, to welcome them to Te Tii Marae and the Waitangi Treaty Grounds.