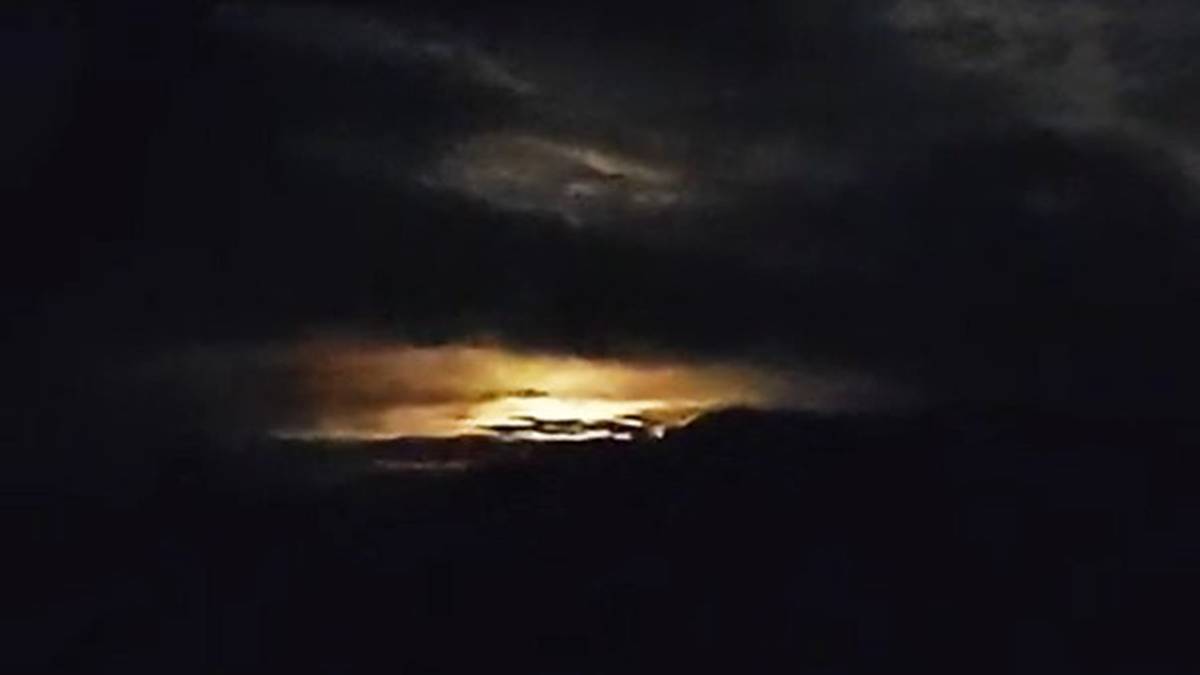 The meteor’s flash, as photographed over the Far North on Monday night. Photo / Manga Puhi

A fireball that travelled across the sky and triggered a series of bright flashes seen from Cape Reinga to South Auckland was likely caused by a meteor entering the Earth’s atmosphere, a Northland astronomer says.

The Facebook community group Kaitāia Noticeboard was buzzing on Tuesday with reports and even some shaky video clips of a mysterious light in the sky around 11pm on Monday.

It was variously described as “a really big bright flash”, a fireball lasting three to four seconds, and two bright flashes like lightning — but with no thunder and from a clear sky.

One person said it lit up his home near Cape Reinga, while another was treated to the “spectacular sight” while packing up after a spot of night fishing.

Kristin Hartley, of Panguru in North Hokianga, said the light came from the northwest, roughly over Ahipara, and was bright enough to light up the sky.

“It was a huge ball of orange that appeared in the sky all of a sudden. Then it was gone, and you could see bits coming off it and taking different paths.”

Hartley woke up her partner, but he just mumbled “the aliens are coming” and went back to sleep.

“It was very bright. The sky was so clear it couldn’t have been lightning. I wondered what it was,” she said.

Peter Felhofer, director of Whangarei’s Planetarium North, said the witnesses’ descriptions, especially the flashes of light, suggested it was a meteor.

A meteor even the size of a fist would heat up intensely as it entered the Earth’s atmosphere, creating a flash lasting up to a few seconds before eventually detonating.

The colour, typically green or orange, was determined by the surface gases and the meteor’s mineral composition.

Felhofer said he hadn’t yet received any reports of Monday night’s meteor, but a group of keen astronomers was about to start searching for the remnants of a large meteorite seen over Dargaville in November.

A meteorite is a meteor that reaches the Earth’s surface instead of burning up in the atmosphere.

The group had been able to work out roughly where the fragments had landed, using photographs captured on the night, estimates of the meteorite’s size and records of the wind conditions at the time.

The search would begin on February 11.

Planetarium North had just acquired a specialised fireball camera which could be used for tracing future meteorites, he said.

Felhofer urged anyone who had seen an unusually bright meteor to report it at fireballs.nz so researchers could try to recover the meteorite.