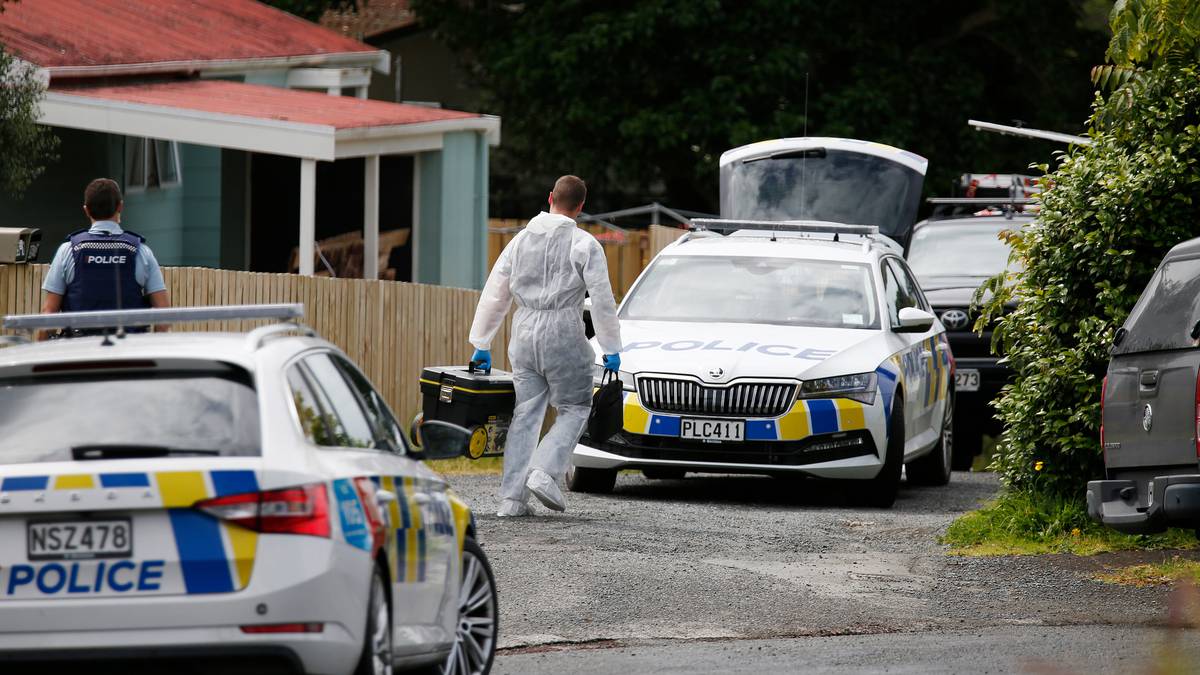 Police have launched a homicide inquiry and are examining a property on Edge St, Onerahi after a man’s body was found there on Thursday afternoon. Photo / Michael Cunningham

Northland police have launched a homicide inquiry and are carrying out forensic examinations at a Whangārei home after a man’s body was found.

A heavy police presence, including forensic staff, are at the house at the end of Edge St, in Onerahi. A police cordon is in place around the property.

A neighbour said officers had been there since Thursday afternoon, and forensic staff had been in and out of the property.

The house had been occupied for some time by a young woman and a child, the neighbour said.

She said she had not noticed anything unusual at the house in the past few days and she had not heard any noise or commotion. Police had yet to speak to her or other neighbours about what had happened, she said.

”A young lady has been living there for some time with a son. I’ve not really had much to do with her though.”

Police at the scene referred Northern Advocate questions to the police media team.

The part of Edge St the property is on is a quiet, suburban no exit street, in Onerahi, and there were at least six police vehicles there, including a trailer for the forensic team, and a number of officers this morning.

Detective Inspector Bridget Doell, from Whangārei CIB, said a homicide investigation is underway following the discovery of a body inside the property on Thursday afternoon.

Police were called to a residential address about 3pm. The body of a man was found and inquiries to date have indicated this is a homicide investigation.

At this stage, police are not in a position to provide further details about the identity of the man.

“Our inquiries are ongoing and we are determined to hold the person, or persons, responsible to account. Onerahi residents can expect to see a continued police presence in the area over the coming days, including cordons around the Onerahi property, where a scene examination will continue today,” Doell said.

A post-mortem examination and formal identification will also be carried out in due course. An update will be provided when the investigation allows.

Police are appealing for anyone who has information which may assist their inquiries to contact police via the 105 phone service, or online at https://www.police.govt.nz/use-105, using Update My Report. Please reference file number 221027/5890.

No further information was available at this stage.