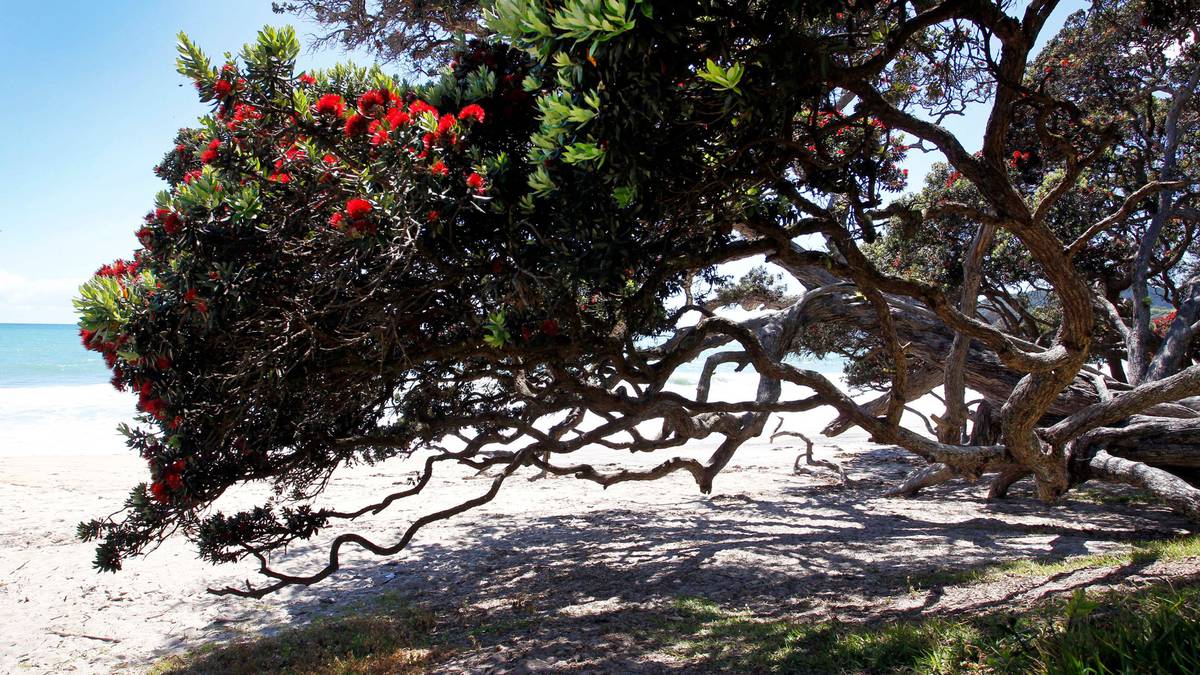 A woman is calling out the behaviour of parents whose child she was shocked to find hacking at pōhutukawa trees with an axe on Langs Beach.

The woman, who did not want to be named, said she was walking on the beach with a friend around 4pm on October 10 when they saw someone cutting into one of the trees.

On getting closer, she realised it was a child, whose parents turned out to be nearby.

“They’d just let their kid loose with an axe just to cut whatever they wanted,” she said.

She said the boy told her he was sorry and would not do it again. The group, who had lit a fire on the beach, packed up and left shortly afterwards.

“They’d driven a ute onto the beach where you’re not meant to drive… they’d just let their kid loose with an axe just to cut whatever they wanted,” the woman said.

“They just need to know that the community’s watching and people are sick of it. It’s just disgusting behaviour.”

She got the car registration numbers of the people involved, who had driven utes onto the beach, and the attack was reported to the council.

She also posted on social media to say to people “if you see this kind of behaviour call them out”.

Another local resident, who also did not want to be named, said she believed the group involved was the same one that had been seen lighting fires on the beach before.

“When I’ve seen them with fires in the past, I’ve sort of thought maybe they’ve gathered driftwood or something. I never for one moment thought they actually used axes to attack trees.”

She said they had often not extinguished their fires properly and locals were left to cover over the embers.

Whangārei District Council parks and recreation manager Sue Hodge said the council had written to the owners of the cars whose licence plates had been provided to them.

“Our letters inform them that witnesses reported the people in the cars drove onto the beach, damaged trees and used branches for firewood and that these actions may have been breaches of several bylaws.”

Bylaws prohibit driving on Langs Beach north-west of the vehicle access, and another prevents damage to trees, Hodge said.

“We have advised them that trees must not be cut to provide wood for fires – driftwood or firewood brought in for the purpose should be used when there is an open fire season.

“Noting the state of the fire site, we also advised the owners to use buckets of water to extinguish the flames, a shovel to mix up the ashes and embers with water and to make sure bonfires are completely extinguished before leaving them.”

An open fire season has been in place in Northland since mid-April, meaning permits are not required to light fires.

Hodge condemned the actions of the people involved in the damage to the pōhutukawa trees.

“Personally, I am appalled to think that anyone would attack and permanently damage a growing tree that is a vital part of the amenity of a beach.”