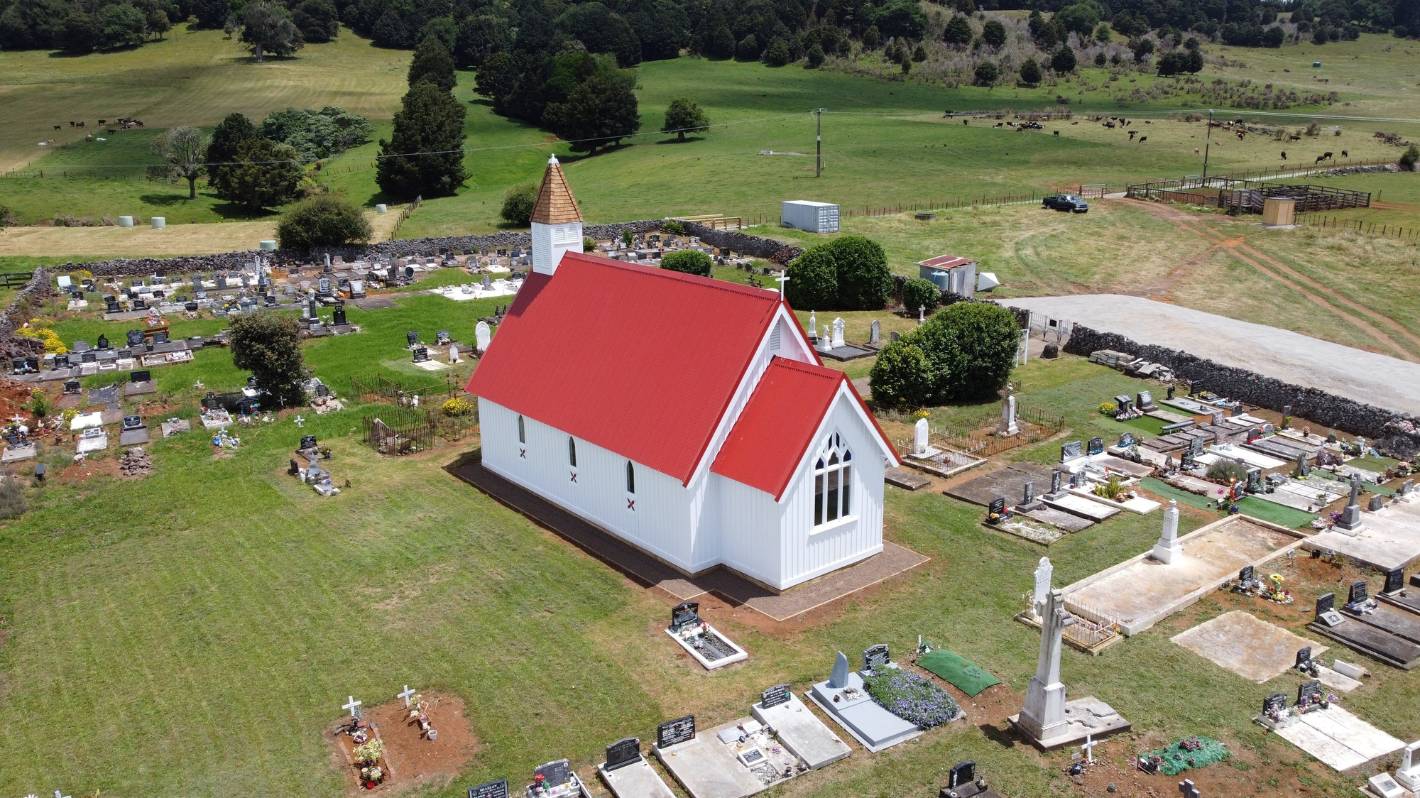 A Far North battle site – one of the key sites of the Northern War – has been rejuvenated so Kiwis can learn about the battle and what happened after.

The 1845 Battle of Ōhaeawai will now be remembered through three interconnected sites in Ngāwhā. They are part of Te Haara farm where the battle was fought, St Michael’s Anglican Church and Ōhaeawai Native School.

The Ōhaeawai Community Cultural Centre received a $1.7 million grant from the Provincial Growth Fund for the project.

READ MORE:
* Postcards from Aotearoa: Searching out the signposts to our shared past
* Reconciliation still sought, 175 years since pivotal Te Ruapekapeka NZ Wars battle
* Ruapekapeka Māori pā gets upgrade so more can learn full story of its history

Project co-ordinator Raima Redden​ grew up in the area and went to what was then called Ōhaeawai Māori School, but said the battle was never talked about.

“We walked on the farm every weekend picking mushrooms, but never in my wildest dreams would I have imagined that it was a battle site … Now as the adults of Ngāwhā we are finally able to piece together everything and learn our own history.”

The same technique was also used at Ruapekapeka Pā, which is credited with inspiring trench warfare in World War I and has also been restored.

The Ōhaeawai battle resulted in 40 British deaths and 70 injuries in just minutes, with only a handful of defenders killed.

The Ōhaeawai battle area on Te Haara farm was listed as a wāhi tapu area by Heritage New Zealand Pouhere Taonga in 2018.

But Redden said the story of what happened after the battle was just as important to the local hapū, Ngāti Rangi.

In 1871, St Michael’s Anglican Church was built on the site of Ōhaeawai Pā in remembrance of the battle and also to honour philanthropist Dorothea Weale​, who helped Ngāpuhi leaders stranded in the United Kingdom by paying for their passage home, Redden said.

After the church was dedicated, rangitira Heta Te Haara – who is Redden’s great-grandfather – exhumed a mass grave of British soldiers from the battlefield and gave them a full Christian burial with military honours in the church graveyard.

“The important thing was the spirit of forgiveness and reconciliation by Ngāti Rangi to give them a full Christian burial,” Redden said.

The project includes an 800m walkway from the church to the school through the battlefield, marked with signs telling more about the history.

The school, also known as Ngāwhā Native School, opened in 1895 and closed in about 1979 but has remained in use as a community centre.

Despite the use of the words “native” and “Māori” in the school’s name, the school did not teach te reo Māori.

Pupils were instead instructed to pronounce English “as if you’ve got a hot potato in your mouth”, Redden said.

The school will be officially reopened on October 16, allowing the public back onto the site.

The ultimate aim was for the school to become a learning centre again and it could be used by schools interested in learning more about the battle, Redden said.

Ngati Rangi and the Ōhaeawai Community Cultural Centre were yet to decide how to manage public expectations to visit the sites and may require bookings, she said.

But the revitalisation had been a dream for many generations, Redden said.

“When my parents were still alive they were fundraising and putting money into this fund [for St Michael’s Anglican Church] … but they didn’t have access to the funding.”

She now plans to teach her children and grandchildren about the site’s history and is looking forward to more New Zealanders knowing the story.