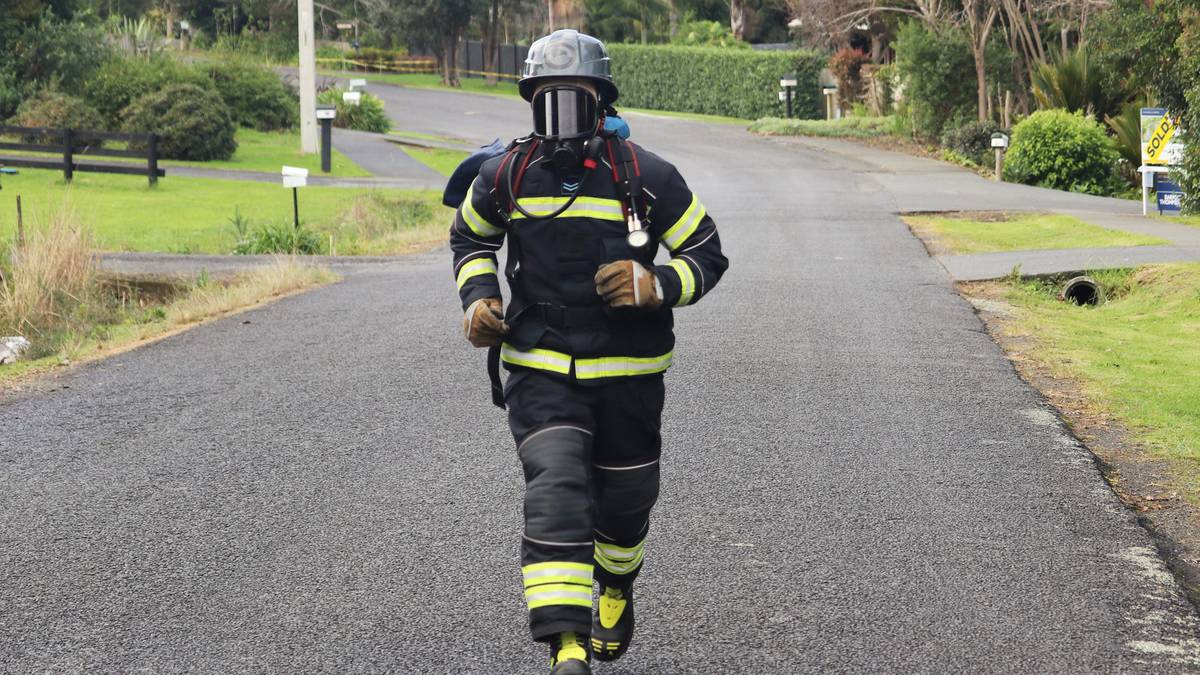 An inside look at Simon Trye’s training for the Auckland marathon. Source / Simon Trye

A Kerikeri firefighter with a world record under his belt is out to achieve another personal first this weekend by running the Auckland Marathon – donned completely in his kit.

This weekend, Simon Trye will run 42 kilometres wearing 23 kilograms of firefighting gear: his boots, gloves, flash hood, and cylinder, and for the last 4km, he’ll also wear his breathing apparatus.

“I’ve never done 42km with gear on. I’ve got absolutely no idea what to expect,” he said.

“But I’m going to finish, even if it means I finish in 9 – 10 hours and everything is packed up and everyone has gone.”

In 2020, Trye completed the Kerikeri Half Marathon – while wearing his protective fire gear and breathing from an air tank – with a time of 3:21:41, a world record.

A year later, he planned to better that by completing the Auckland Marathon, but Covid-19 caused the event’s postponement.

Instead, he discovered another unclaimed record. Trye climbed 2909 steps in his firefighting gear – the same number of stairs in the world’s tallest building, the 828-metre-high Burj Khalifa in Dubai.

However, Guinness claimed there was not enough video evidence to officially declare his effort a world record, so a few weeks ago, he redid his attempt at work using all the security cameras.

Trye likened running in full firefighting gear to running in a puffer jacket, leather pants, gloves and a beanie – basically anything that’s designed to keep the heat in.

“You’re pretty much cooking yourself,” he said.

Trye had to carefully consider a plan to stave off any potential dehydration which “could be serious”. He had been relying on the experiences of ultra-runners, as no-one had really been in his shoes in terms of the feat.

“There’s not too many other people I can talk to about this and get advice from.”

Trye has been running 10 – 15 kilometres a day in the buildup to the Auckland Marathon.

Those distances are just an extension of the training he has been doing for the past three years, he said.

“I’ve always been a bit of a runner – have done a few half marathons – but never anything like this until a few years ago.”

While this weekend’s marathon effort isn’t in the name of a world record, there is still an important cause at its core.

Trye is fundraising for KidsCan, a charity dedicated to helping Kiwi kids affected by poverty.

“I have a history with them and their cause is a really worthy cause,” he said. “Things are tough these days; it gets harder for charities, as every dollar doesn’t go as far anymore.”