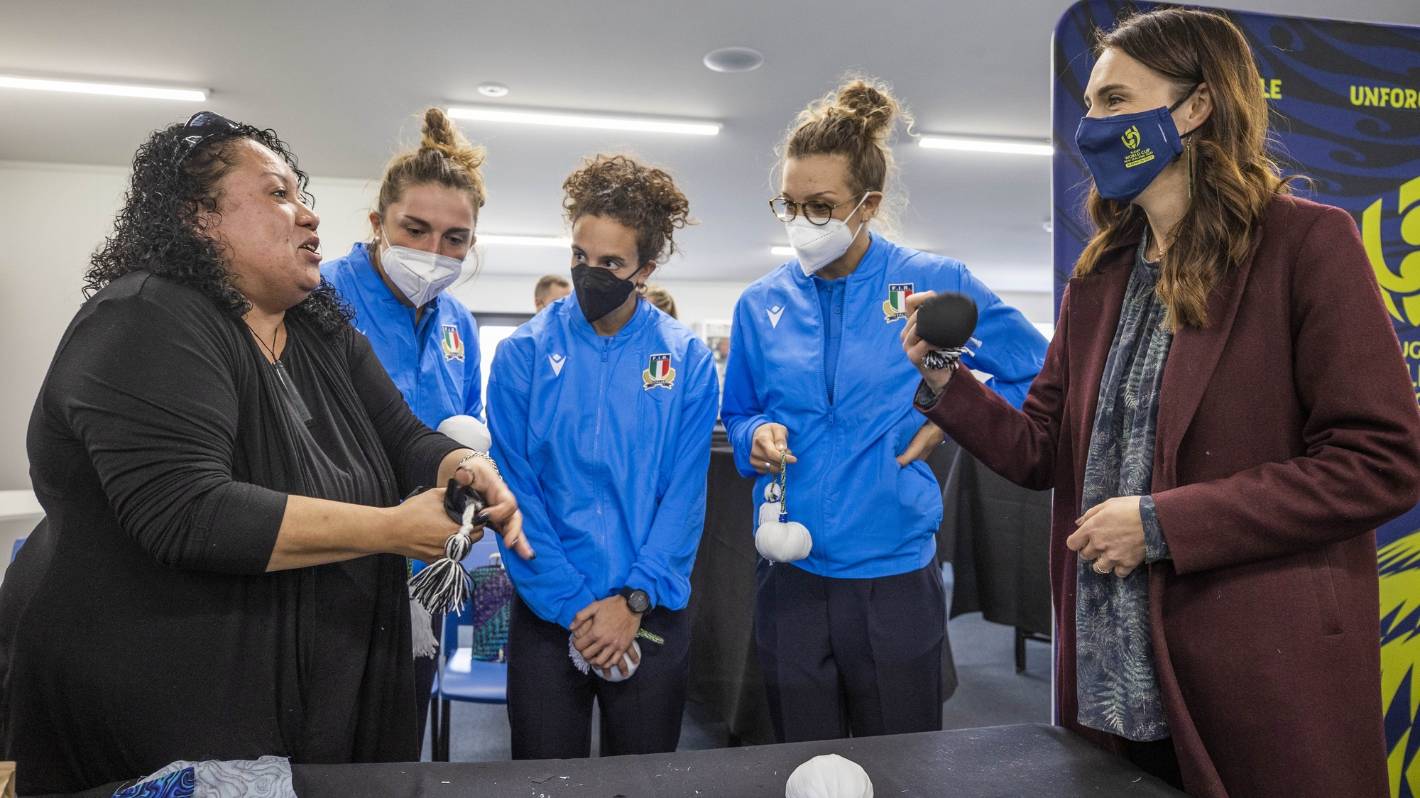 Prime Minister Jacinda Ardern has helped kick off the long awaited Rugby World Cup in Whangārei, and made poi alongside international players to wave in the stands over the next six weeks.

At the Northland Rugby Union on Wednesday, Ardern joined the world cup teams based in Whangārei to celebrate the beginning of the competition this weekend.

FlaxMaiden is a local business that will be at each of the Whangārei fixtures, handing out poi to match-goers and running stalls where people can make their own, under the banner of Wā Poi – it’s poi time.

Ardern and Codlin-Henare made several poi together from stuffing, string, and brightly coloured and patterned squares of fabric.

The Prime Minister said she already had her tickets to go to the opening games.

“I know I’ll be amongst thousands of Kiwis who will be turning out to make this a record-breaking event,” she said.

“This has been building for so long, but now to be able to have everyone out and fully participating in 2022, and to see these elite athletes on New Zealand soil and playing in different parts of the country, I am excited to see what it will do for the game.”

Puingahei Harding, also from FlaxMaiden, said just as poi were originally designed to strengthen one’s wrist to handle weapons, so too these poi shall strengthen the women for their matches ahead.

Italian player Michela Sillari said the poi were more fun than flags, and loved having a go twirling them. She and her teammates even had a hand from Ardern herself as they made poi with Codlin-Henare.

Whangārei District Mayor Sheryl Mai said it was “fantastic” to host Ardern in honour of the Rugby World Cup, which the region has been looking forward to.

“For her to pay us the privilege of coming to Whangārei to acknowledge the part we’re playing in an international sporting fixture is really special, so we’re delighted.”

This competition has been a long time coming for its players and fans – originally scheduled for September 18 to October 16, 2021, before Covid-19 put a halt on proceedings.

In May last year the event was then rescheduled for October 8 to November 12, 2022.

Matches are across six weekends – three rounds of pool play before quarterfinals on October 29 and 30, semifinals on November 5, and the third/fourth playoff and final on November 12, the latter kicking off at 7.30pm.

It’s the first time the event has been held here in New Zealand, and the first time it’s been held in the Southern Hemisphere. Matches will only be in Auckland and Whangārei – at Eden Park, the Waitākere Stadium, and the Northland Events Centre.