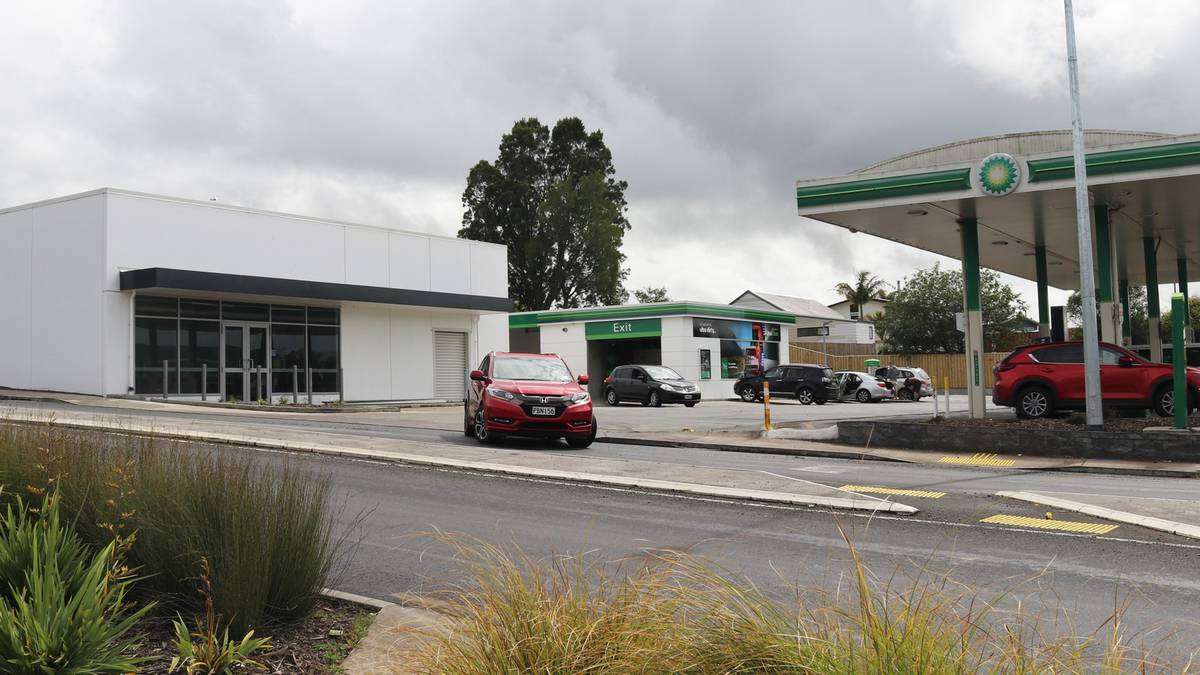 The proposed new liquor store, on the left, shares a site with BP Waipapa at the intersection of SH10 and Waipapa Rd. Photo / Peter de Graaf

A hapū leader is welcoming a council decision preventing a liquor store from opening on the same site as a busy Bay of Islands petrol station.

The Far North’s District Licensing Committee this week rejected an application by Auckland-based Fresh Beer Ltd to open a shop on a property shared with BP Waipapa, at the corner of State Highway 10 and Waipapa Rd, north of Kerikeri.

The business owner said he would target tourist traffic and the higher end of the market rather than selling discounted alcohol, but his application for a seven-day, 7am-10pm licence triggered a flood of objections from locals, hapū, police and health experts.

Objectors said it would encourage drink-driving and add to liquor related problems such as vandalism and litter.

They also said the plan violated section 36 of the Sale and Supply of Alcohol Act 2012 which prohibits the sale of liquor at, or at sites directly accessed from, service stations.

Te Rūnanga o Ngāti Rēhia trustee Nora Rameka was among the first to raise concerns about the proposal.

Rameka had expressed concern the location would make alcohol even more accessible to vulnerable people, and the combination of petrol and alcohol sales on one site could hamper efforts to combat drink-driving.

Rameka welcomed this week’s decision, saying the proliferation of liquor stores in the Far North damaged the community and especially Māori whānau.

The hapū was not against new businesses coming to Waipapa and would welcome another business to the site if it benefited the community.

The store has already been built but the fit-out and hiring of staff are on hold.

Fresh Beer has 10 days to appeal the decision.

Witnesses who spoke at the September 8 to 9 licensing committee hearing included alcohol and drug clinician Lloyd Case-Gilbert, who said the service station was a popular stop for people living north of Waipapa and the proposal “comes dangerously close to promoting drink-driving”.

The store would be “a magnet for recovering alcoholics” and a mirror of the existing liquor outlet across the roundabout.

During a survey of surrounding roads, health protection officer Jeff Garnham found a large number of beer and RTD cans as well as some spirit bottles.

The only plausible conclusion was that people were drinking in cars then throwing the empties out the windows.

The store’s added convenience would “increase the likelihood of unplanned and impulse buying by hazardous drinkers” among the 7500 vehicles passing by each day.

Michelle Petricevich, who carries out alcohol screening in Whangārei Hospital’s emergency department, said it would be “irresponsible” to issue another liquor licence in Waipapa.

“Do not add a liquor store next to a gas station on a busy road. This is mixing our high road accident statistics with our high alcohol use.”

Other witnesses spoke of the high deprivation of communities north of Waipapa and children injured at the nearby BaySports complex by empties smashed on the playing fields.

Fresh Beer owner Hamish Firth told the committee he was “slightly surprised” by opposition to his store.

There had been no compliance problems or increase in alcohol harm, noise, litter or good order around his two West Auckland outlets.

He intended to focus on low-volume, high-margin products — “more New World than Pak’n Save” — and as an independent retailer he would not have to offer the promotions, discounts and bulk-buying typical of franchise stores.

He expected many customers would come from outside the district, including tourists who could stop to fill up with petrol then “move across the forecourt to our place where we can sell them high-value products”.

Asked about section 36, Firth said he did not believe the store was within a service station. If necessary the property could be subdivided.

Council licensing officer Emmanuel Platero said he considered there was no breach of section 36 because there was no straight line from the BP forecourt to the liquor store.

However, chief licensing officer Patrick Barber said he agreed with the objectors and believed the application should not have gone ahead once it had failed section 36.

In her decision, committee chairwoman Kelly Stratford said a site visit confirmed direct access with just 25 paces from the petrol pumps to the proposed store.

She also highlighted Waipapa’s high density of existing liquor outlets — one for every 290 people, compared to a national average of one to 1000 — and police records showing 76 alcohol-related offences within a 1km radius of the site since January 1, 2021.

The applicant had also failed to engage with objectors and “lacked a genuine understanding of the risks of alcohol harm in Waipapa and the wider area”.

She concluded the application did not meet section 36 of the Act, and the already damaged amenity and good order of Waipapa would be damaged further, by a more than minor extent, if the licence was granted.