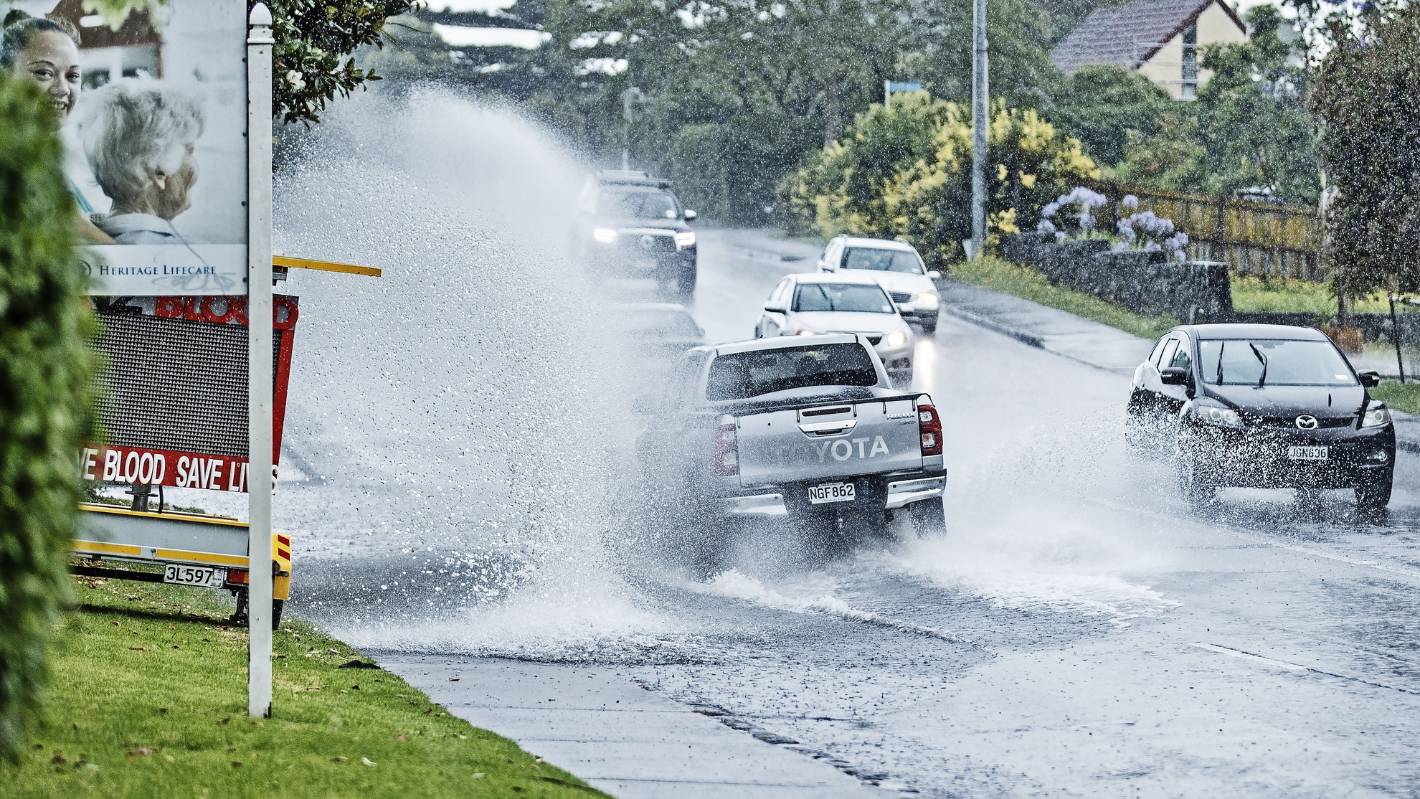 Heavy rains across the city are causing some surface flooding, and an off-ramp on State Highway 1 near Mt Wellington is closed due to the water.

Police Inspector Jason Homan said contractors are working to clear flooding on the motorways, and that drivers should be extremely careful when passing crews.

“Following too close to the person in-front of you or attempting to overtake in risky situations is a recipe for disaster,” Homan said.

READ MORE:
* Christmas revellers fill Auckland’s Long Bay to capacity
* Auckland is the world’s greatest city – when everyone leaves it
* Tornadoes and severe thunderstorms possible in Northland, heavy rain for other parts of Aotearoa

A council rain gauge in Ōtāhuhu recorded 50mm of rainfall in just an hour on Monday.

“That’s definitely in the torrential rainfall category,” MetService said in a tweet.

Earlier on Monday, MetService issued a severe thunderstorm watch for areas north of Taumaranui from 2pm until 9pm on Monday.

The warning said scattered thunderstorms are expected to bring localised heavy rain and hail to parts of the central and northern North Island.

MetService meteorologist April Clark said while the thunderstorms would be “very localised”, they could also pose a threat to those who were unprepared, as they could bring lightning strikes, flash flooding and a low risk of tornadoes.

For those in most parts of the country who avoid downpours, the temperature will hover around the mid-20s, with a cool breeze coming through later in the day.

The need to slip, slop, slap and wrap will remain as the UV index is set to be “extreme” according to Niwa’s UV measuring index.

Tuesday should see a drop in temperature by as much as 10 degrees in Canterbury, although it should heat up again by Wednesday.

Christmas Day saw police turning revellers away from Auckland’s Long Bay after the beach was filled to capacity.

Although an Auckland Council spokesperson said, by late morning on Boxing Day, Long Bay and other regional parks had not yet been over-run.

“Alcohol and water don’t mix and can have fatal consequences,” a spokesperson said.