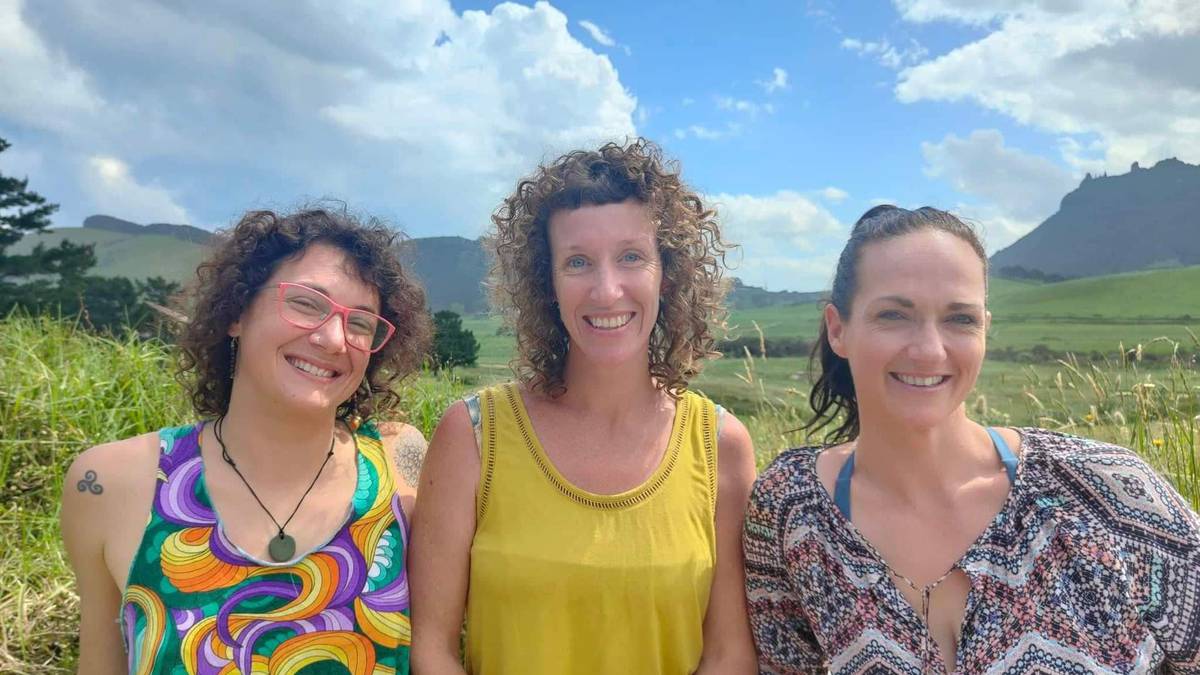 “We all live empathy, and see the benefits of it in our lives, so we’re passionate to share it,” says Jessica White (centre) with fellow Empathy Angels Giulia Mattioli and Laura Rose. Photo/Sara Nicole Dwyer.

When Jessica White accompanied her late brother to a counselling session nearly two decades ago, the gap in mental health services he experienced struck a painful chord she would not forget.

He was in the grips of a crippling depression – which would lead him to attempt suicide three times – and after a supportive hour with a counsellor, was told he’d have to wait a fortnight for his next turn.

White has never forgotten the desperate feeling of wanting to help him, and others suffering a similar fate through declining access to mental health support.

Earlier this year, a national survey found that mental health was declining nationwide, making her deep desire to help more timely than ever.

According to Stats NZ’s wellbeing survey, the proportion of people with poor mental wellbeing increased across all age groups compared to 2018.

White explained her brother had struggled off-and-on with depression over the years but it was a random accident whereby he was struck and killed by a car while walking that ended his life.

Motivated by her brother’s struggles, the Kaitaia-based mum has rallied a group of 11 trusted friends and skilled listeners to establish Empathy Angels, a group providing free empathy sessions to anyone in New Zealand.

“I always knew there would be something I could do to help people like him. And I’ve just now found the courage to talk about it,” White said.

“I feel like I’m honouring his life through this project.”

She said the group was working to raise $37,000 to fund a six-month pilot period.

If the funding target is met, beginning in March, anyone in New Zealand will be able to book a free one-hour empathy session through a confidential self-booking engine.

The money will support the delivery of 271 empathy sessions, via Zoom, between then and August 2023.

“I want people to know this is a passion project. None of us are doing this to make money, and we’re giving it a lot of time.”

Six members – half the team – are from the Far North, plus two in Auckland, two in Dunedin and one in Mangawhai and Hawke’s Bay, where White is originally from.

“We all live empathy, and see the benefits of it in our lives. Because of that experience, we’re passionate to share it.”

White learned about the power of empathy through her study of Nonviolent Communication (NVC), a modality based on the understanding that we all share the same human needs and they underlie everything we do.

White is now an NVC coach, supporting people to relate to one another with connection and understanding.

“In my NVC circles, witnessing the power of empathy and the impact of receiving it made me realise this has to be more widely available to everyone,” White said.

“It’s a practice and a skill to be able to offer it, but anyone can receive it.

“After receiving empathy, people are often left with a sense of clarity about how to move forward.

“And the flow-on effects of being heard trickle throughout our lives.”

Following the programme’s six-month pilot, White said any bumps along the way would be smoothed out.

“We’re also becoming an incorporated society, which will open up funding avenues, so we can continue this work and grow to meet the need for empathy.”

Individuals and businesses can make pledges of any value, with rewards for certain amounts.

“The $125 gift pack would make a beautiful Christmas present,” she said.

Pledges will only be confirmed if the target of $37,000 is reached by December 14.

To learn more about empathy sessions, or to make a pledge, visit: empathyangels.co.nz.