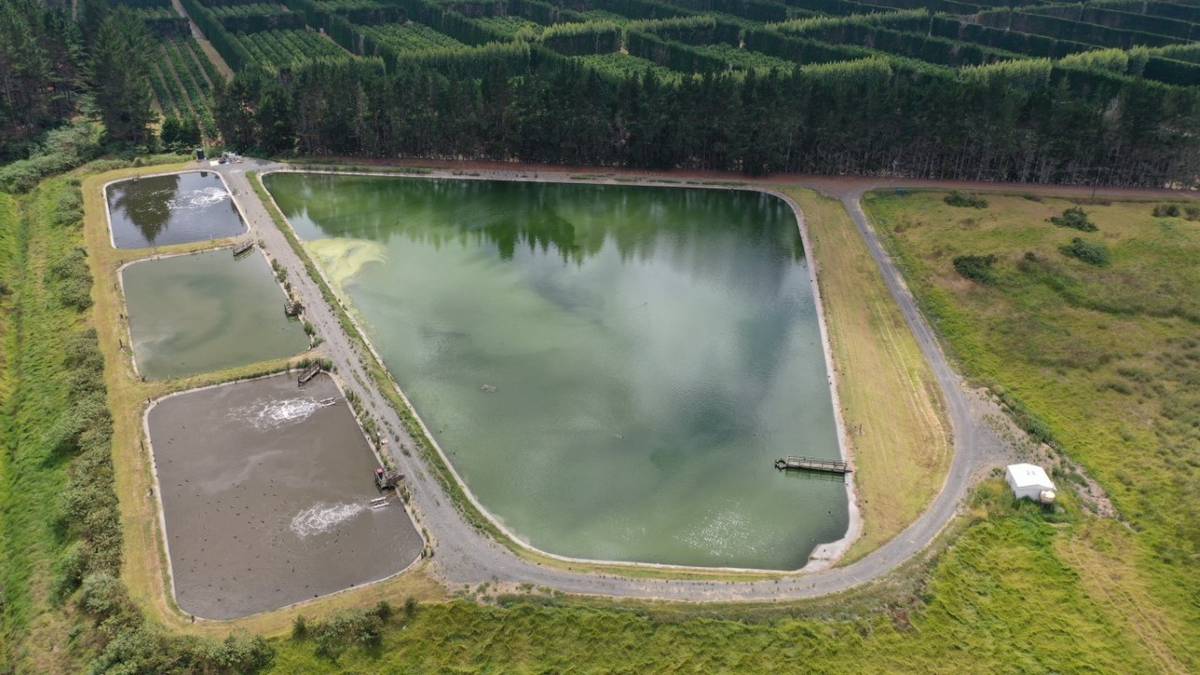 A kaupapa (project) aimed at upgrading a failing Far North wastewater plant has come up with not only a successful co-design model but a New Zealand-first breakthrough for wastewater treatment.

The group started in 2021 as a result of an Environment Court appeal and have collaborated over the past year to find a solution to remove treated wastewater discharge from the Parapara Stream coming from the TWTP.

Following a series of workshops with engineering consultancy Beca Limited, the group found the BPO was the slow rate irrigation (soil moisture deficit) land discharge scheme, with the TWTP upgrade to include Electrocoagulation (EC) technology.

CWTS spokesman and biochemist Kurmann said the group’s decision to choose the EC technology was a first for Aotearoa New Zealand and would be a cheaper, better option for the environment.

“It will not only clean the wastewater to a quality that can be safely released to land or water (or for reuse) but will be possible to package and sell the nutrients removed as fertiliser,” he said.

“This will help defray running costs, with the TWTP acting as a model for a circular economy at scale – the first of its kind in this country.”

Treated wastewater is pumped over a hill to a series of settling ponds before it is discharged into a tributary of the Parapara Stream and eventually flows into the bay at Aurere.

Kurmann, whose earlier career involved the oversight of 44 wastewater plants in Switzerland, said EC technology had been used for many years overseas.

As a result, Kurmann has imported his own systems to New Zealand and conducted several EC trials, including at Mangonui Haulage.

He said the results had been impressive and the use of the technology had the potential to transform the country’s wastewater industry.

“In 2019 we undertook a ‘bench-top’ trial on my kitchen bench where we tested the efficacy of the EC unit,” Kurmann said.

“The EC unit at Mangonui Haulage has also meant the discharge that used to run into the Mangonui Harbour has been cleared and has significantly improved the marine environment at that location.”

For several years, the hapū and other Doubtless Bay community members have objected to FNDC discharging treated wastewater from the plant into the stream.

In te ao Māori, human waste is considered harmful and tapu, and therefore needed to be kept separate from places where people cooked, ate, harvested food, talked and slept.

Wai (water) was also a place for gathering kai and considered a taonga (treasure) with a mauri (lifeforce), so it was culturally unacceptable for treated wastewater to be discharged into water.

Matakairiri hapū representative Trudy Allen has been involved in the protection of the wai at Taipa for several years.

She said while there had been some bumps along the way, the Transformation Project had been an excellent example of kotahitangi (unity) between the various groups.

“We wanted to co-design an outcome, to share our different opinions and explore what we could come up with, which was exciting because we’ve never done that before,” Allen explained.

“It took a good couple of months to get around the mistrust of the past and to figure out a way moving forward.

“But together, we’ve helped each other make this work while maintaining the tikanga (protocol) of this kaupapa (project), which for the hapū, was to get the paru (filth) out of the wai (water), regardless of cost.

“I believe this model could even be used for the implementation of the Three Waters programme when that eventually rolls out.”

FNDC general manager – infrastructure and asset management Andy Finch said while the technology had shown some promise, electrocoagulation had not been deployed for the treatment of municipal wastewater anywhere in New Zealand.

Finch said before the council invested in the technology, it would need to undergo a full-scale trial which would commence in the first half of next year.

“The council will apply for funding for the trial from the Department of Internal Affairs’ Better Off Funding support package,” Finch said.

“If the trial does not provide certainty that the technology will provide reliable high-quality effluent in a municipal wastewater setting, the working group has agreed on a second upgrade option.

“This would use a pond-based Sequenced Batch Reactor with Ultraviolet (UV) treatment. Transition to land-based discharge is consistent for both alternatives.”

Kurmann was hopeful that after the trial next year the data analysis would support a full-scale EC upgrade in 2024, which would be capable of handling both full normal volumes, but also problematic stormwater events,

He said he was now speaking to community groups and local hapū of Rāwene and Hihi to discuss the idea of using EC technology in those areas.

What is EC Technology?

It uses low amounts of electricity and metal plates to separate pollutant molecules (negative charged ions) dissolved in wastewater, by bonding them with positively charged ions from the metal plates.

The bonded pollutant molecules are heavier than pure water molecules which can be easily removed due to their weight – a process called ‘flocculation’.

Compared to the cost of one septic tank per house (approximately $20,000), Kurmann said one EC unit could service around 20 homes for around $50,000.