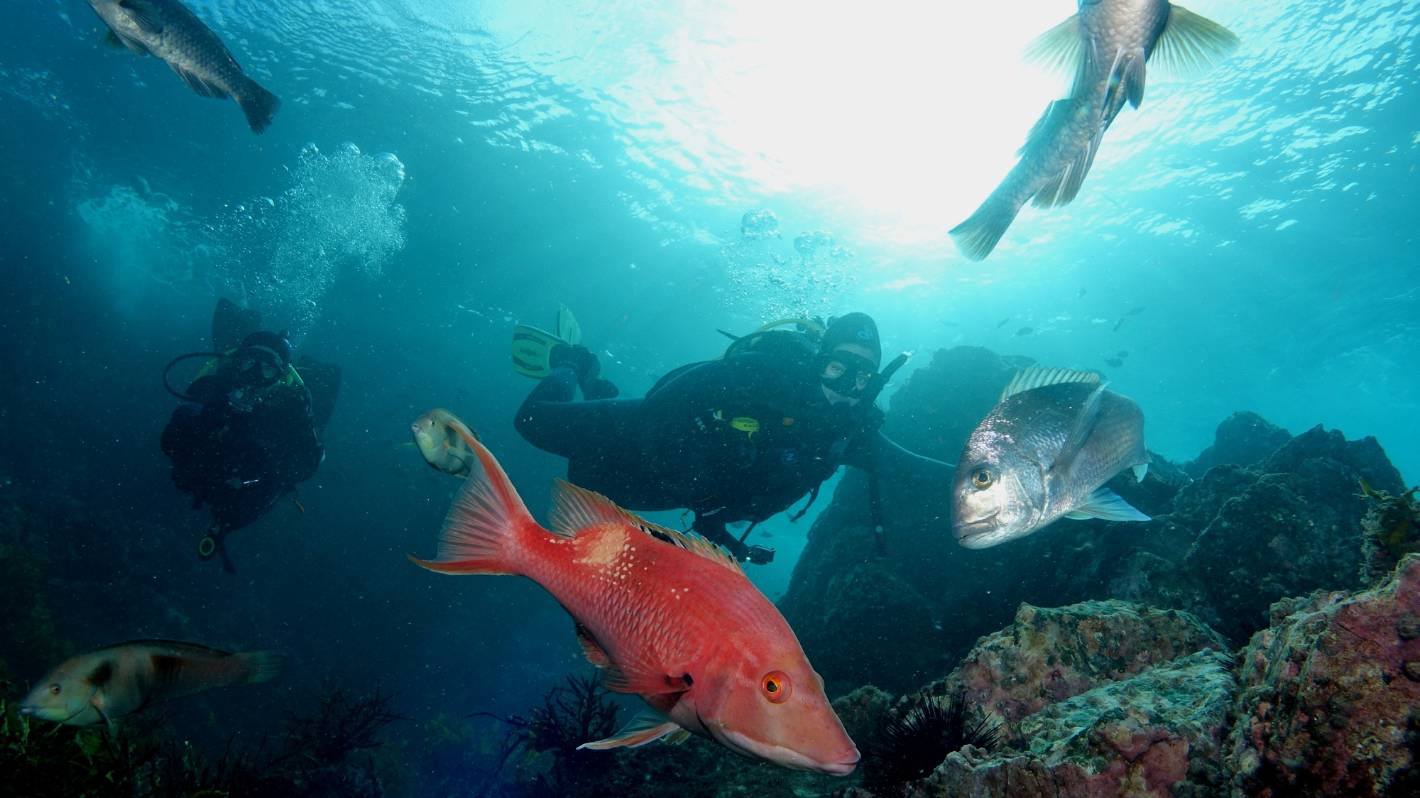 Maunganui Bay/Deep Water Cove is known for its spectacular fish species. The area has been protected by a rāhui since 2009 and will now be a permanent no-fishing zone. (File photo)

All fishing will soon be banned from part of the Bay of Islands and around Mimiwhangata peninsula, due to a landmark ruling by the Environment Court.

The decision means all fishing – including recreational – will be banned from Maunganui Bay/Deep Water Cove to Oke Bay in the Bay of Islands, as well as around Mimiwhangata peninsula, northeast of Whangārei.

Both areas already have some form of restriction.

The detail of the new rules, including when the bans will start, is still to be worked out but is expected to become clear once the Environment Court releases its final decision after February 2023.

Exceptions to the no-take rules include kina harvest, and activity involved with restoration, research and tikanga, such as customary fishing.

This was appealed by the Bay of Islands Maritime Park group and Forest & Bird, with the support of local hapū.

The groups showed a decline in ecological values associated with fishing, including widespread loss of kelp forest and kina barren expansion, related to low snapper and crayfish populations and small individual size.

The Environment Court process meant public consultation on the no-take rules was not possible and the ruling could come as a surprise to those who fish in the areas, admitted council chairperson Tui Shortland.

The rule changes also have significant implications for councils, as the regulation of recreational or commercial fishing is not a function councils have undertaken previously.

But Northland Regional Council is supporting the court’s decision on the basis that significant ecological values are being negatively impacted by fishing in the areas, and because it reflected the concerns of local hapū Ngati Kuta ki Te Rawhiti and Te Uri O Hikihiki.

Shortland said it was important the council now worked with iwi and hapū, and community members, in the affected areas.

​Why do so many people head south for their holiday, when some of NZ’s best sights are found near the very top (video published May 2019).

“This decision will come as a surprise for those used to fishing in these areas and we know many will feel affected by the changes.

“We are committed to providing clarity around what the new rule changes mean for our community and will be working with tangata whenua and all stakeholders to make sure the new rules are well understood and communicated.”

Maunganui Bay/Deep Water Cove has been closed to fishing by a rāhui (traditional fishing ban), originally put in place in 2009 and continually extended.

Mimiwhangata peninsula has a 2000ha marine park, where commercial fishing is banned and recreational fishing is restricted.

The decision has been warmly welcomed by tangata whenua and Forest & Bird, who acknowledged the uniqueness of the areas, which are fed by tropical waters.

Ngāti Kuta kaumātua Matu Clendon said degradation in the Bay of Islands could be seen with reefs being left as an empty shell of bare rocks and kina.

“Decade after decade we saw the mauri of the moana literally disappear … We don’t want to pass this on to the next generation.”

In Mimiwhangata, it had also been an intergenerational dream to restore the moana to its former glory, said Hepi Haika, a kaumātua of Ngātiwai hapū Te Uri o Hikihiki.

Dean Baigent-Mercer, Forest & Bird Northland conservation manager, said the areas were just a small part of Northland’s “huge” coastline where there could be some recovery from fishing.