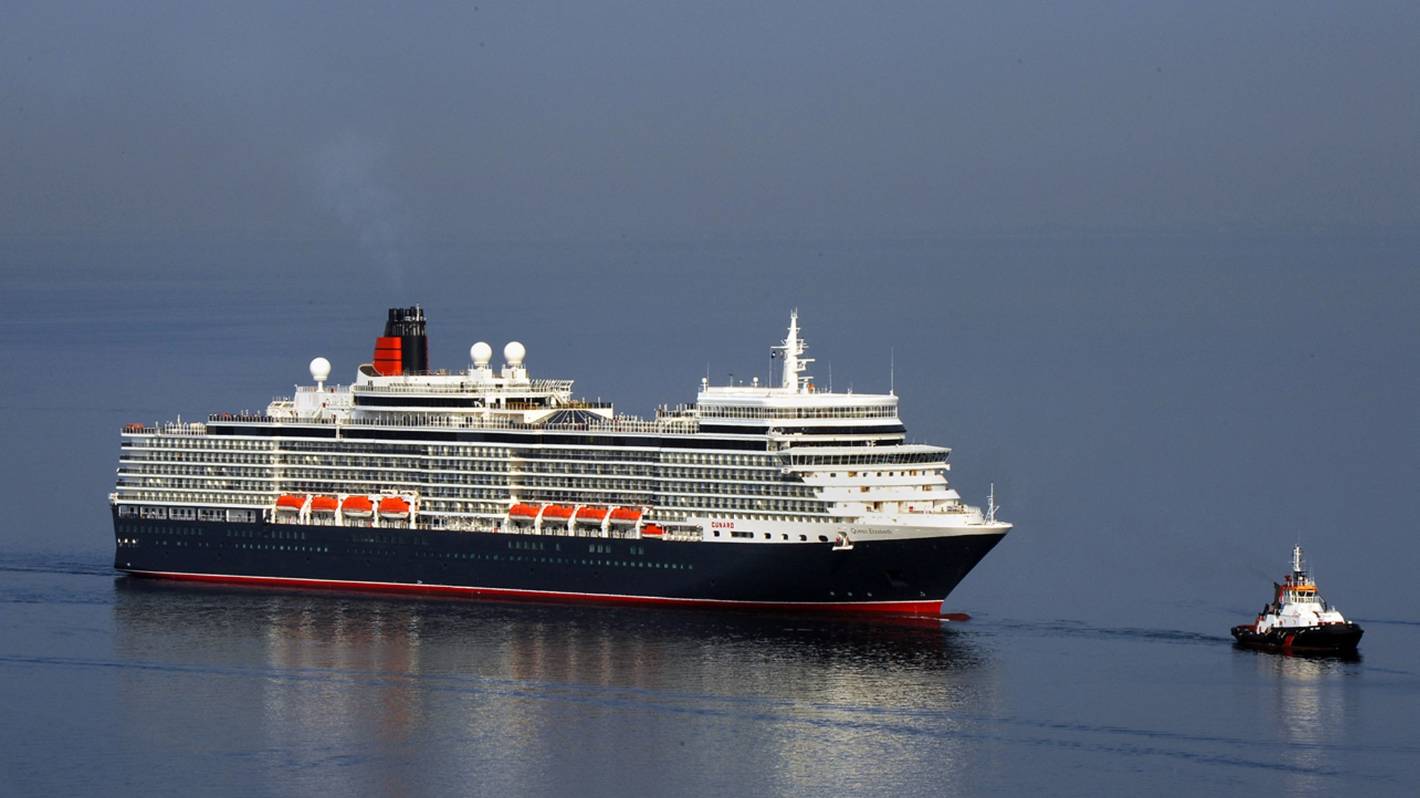 Passengers on a cruise around New Zealand have been let down again, after the ship’s failure to meet biosecurity requirements meant the cruise skipped three of its intended destinations.

The itinerary included stops in Dunedin, Christchurch, Wellington, Mount Maunganui, Auckland, Bay of Islands and a cruise by Fiordland, with five days to be spent at sea.

However, two days before the cruise departed, Cunard announced the Fiordland sailing and stop in Dunedin would not go ahead as the hull needed additional underwater cleaning to meet New Zealand’s strict biosecurity requirements.

READ MORE:
* ‘Overwhelmingly positive’ feedback from Azamara Quest passengers about their unscheduled Timaru stop
* Cruise ship Azamara Quest’s passengers not too happy with change in cruise’s plans due to biofouling
* Cruise and hitch-hiking organisms visiting Wellington and Lyttelton before cleaning

It meant passengers would spend seven days at sea.

Following the announcement, Ian Bowie said he and wife Beatrice were disappointed to be spending more than half the cruise on board the ship.

Adding to the woes, last Sunday the captain announced that adverse weather meant hull cleaning could not be done safely, meaning the cruise would not visit the Bay of Islands and would instead stay an extra day in Auckland.

“As a Kiwi and thinking about inter-ethnic issues and early European settlement issues in Australia, I was sad to have missed Waitangi and Kerikeri,” Bowie said.

Cunard’s failure to understand and observe its biosecurity requirements was “unforgivable”, he said.

He said he wished Cunard had been upfront about the risk their cruise could face similar disruptions.

“We would have considered cancelling,” he said.

“The fact that cleaning was not completed over 24 hours suggests that the Queen Elizabeth problems were more significant than we’ve been told.”

Additionally, one of Bowie’s cruise objectives was to visit family. He understood others on the cruise had the same intention but had missed out due to the cruise skipping Dunedin.

Planes are full, cruise ships are arriving and there is strong demand from overseas visitors wanting to visit New Zealand over summer, says Tourism Minister Stuart Nash during a visit to Queenstown. Video first published October 28 2022.

It is not yet clear whether passengers will be compensated for the second itinerary change.

A Cunard spokesperson said its parent company, Carnival Australia, was committed to protecting the communities it visited.

“We continue to work closely with the New Zealand Government to ensure our hull clean adheres to the stringent standard.”

The spokesperson previously said that New Zealand’s biosecurity requirements were “the strictest in the world”.

“We are committed to ensuring that our hull maintenance programme meets the standards required in 2023 and beyond.”

In December, the Coral Princess abandoned a cruise around Milford Sound after sea snails were found in the ship’s discharge pipes.

The Viking Orion was asked to leave New Zealand because it had algae on its hull, while the Seven Seas Explorer was found with higher than allowed levels of algae, barnacles, tube worms and possibly oysters.