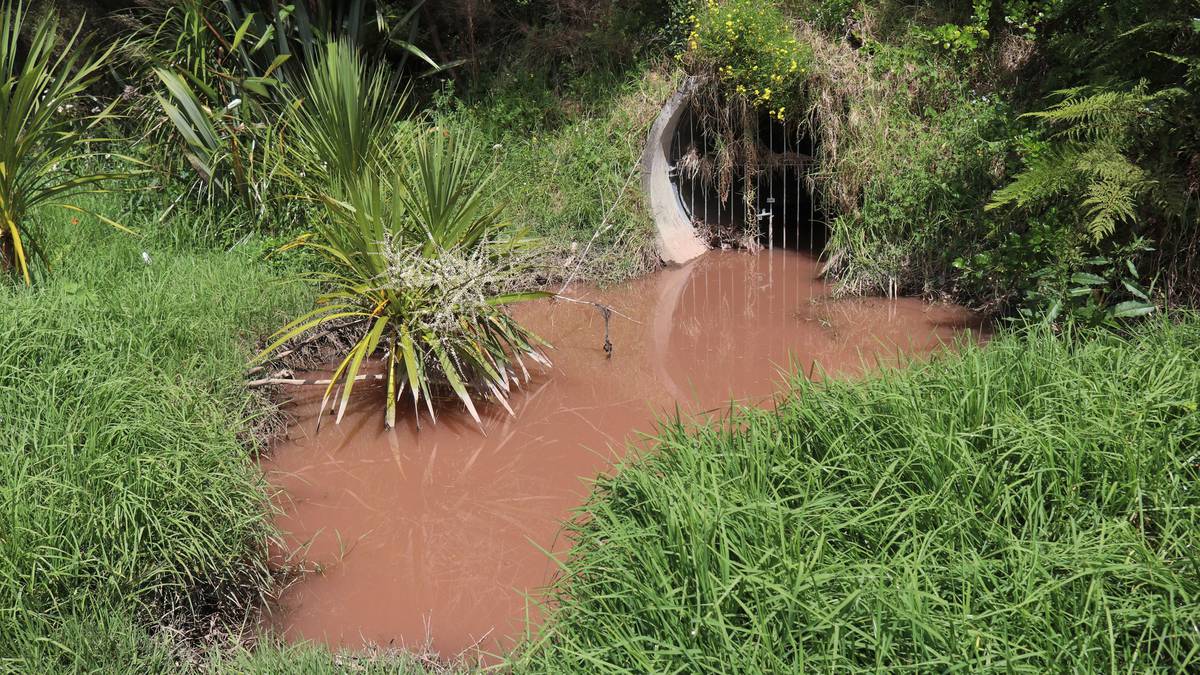 A contracting company has been fined for discharging sediment into a Kerikeri stream.

Concerned residents contacted the Northern Advocate last month to report discoloured water flowing from a stormwater drain into Wairoa Stream next to the Cobham Rd bridge.

The inspector observed ponded red-brown water and established the source as a nearby construction site.

The cause was likely a combination of a substandard decanting earth bund, or barrier, and vehicles tracking material from the site onto the road, he said.

When the stormwater drain was reinspected on October 21 the discharge from the construction site was clear.

Dall said the council had issued the contractor with an infringement notice for unauthorised discharge of sediment-laden stormwater, which carried a standard fine of $750.

The council would not say which construction site was responsible.

Wairoa Stream flows into Kerikeri River, just downstream from Kerikeri Basin, and ultimately into the Bay of Islands.