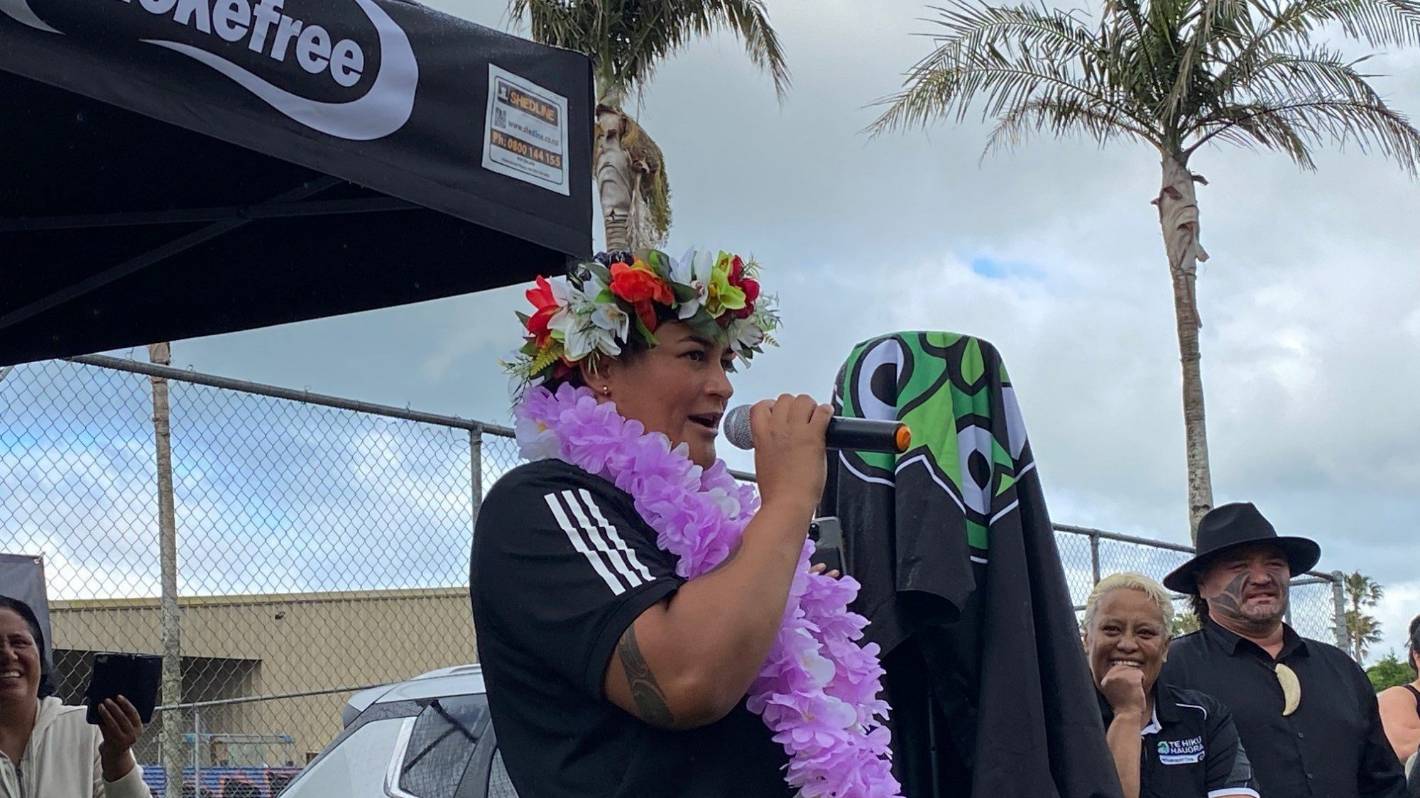 Hundreds of people in the Far North town of Kaitāia attended a parade in Murray’s honour on Wednesday – one of the few parades to celebrate the Rugby World Cup win around the country.

“Probably the fact that we’re a small town and everyone knows everyone that we can do it,” she said.

READ MORE:
* ‘It looks like an earthquake’: Permanent closure of SH1 at Mangamuka ‘an option’
* Taupō wins most beautiful large town, Kaitāia most beautiful small town
* Covid-19: Kaitāia community down but not out with sudden Far North lockdown

“We had no opportunity to have the road closed, so it’s just a walk down the main street escorted by police.”

Many of Kaitāia’s 5800 residents seemed to be in attendance at the event, which also included haka, waiata, a picnic and a chance to meet and greet the player.

Murray said the celebrations were for everyone who had done well, including the town’s world champion waka ama group.

“If it wasn’t for this town I would not be where I am today,” she said.

“We as a collective need to start driving our rangitahi, our young people, to strive for better things.”

Murray said she was one of the only players in the Black Ferns not living in a city with a high-performance centre, refusing to leave Kaitāia in the hope that, if she was good enough, the resources would come to her.

Keri Hokai, who is a volunteer for Northland junior players, said both the Rugby World Cup win and Kaitāia’s parade for Murray were inspiring for the next generation.

“This is so typical of the Far North and our wonderful Muzz, who inspires so many people.”

Former rugby player Callie Corrigan said Murray and the Black Ferns had taken women’s rugby to the next level.

“When I was seven I was the only girl playing in the whole rugby club – how awesome is this for young girls?”

Showers fell during the event but Murray – dressed in gumboots – said the weather was beautiful.

Kaitāia Business Association president Andrea Panther said the event was good for Kaitāia, which is still affected by the closure of State Highway 1 at Mangamuka.

“We’re all so, so proud … It’s exciting that we’re doing something that normally happens in the city.”