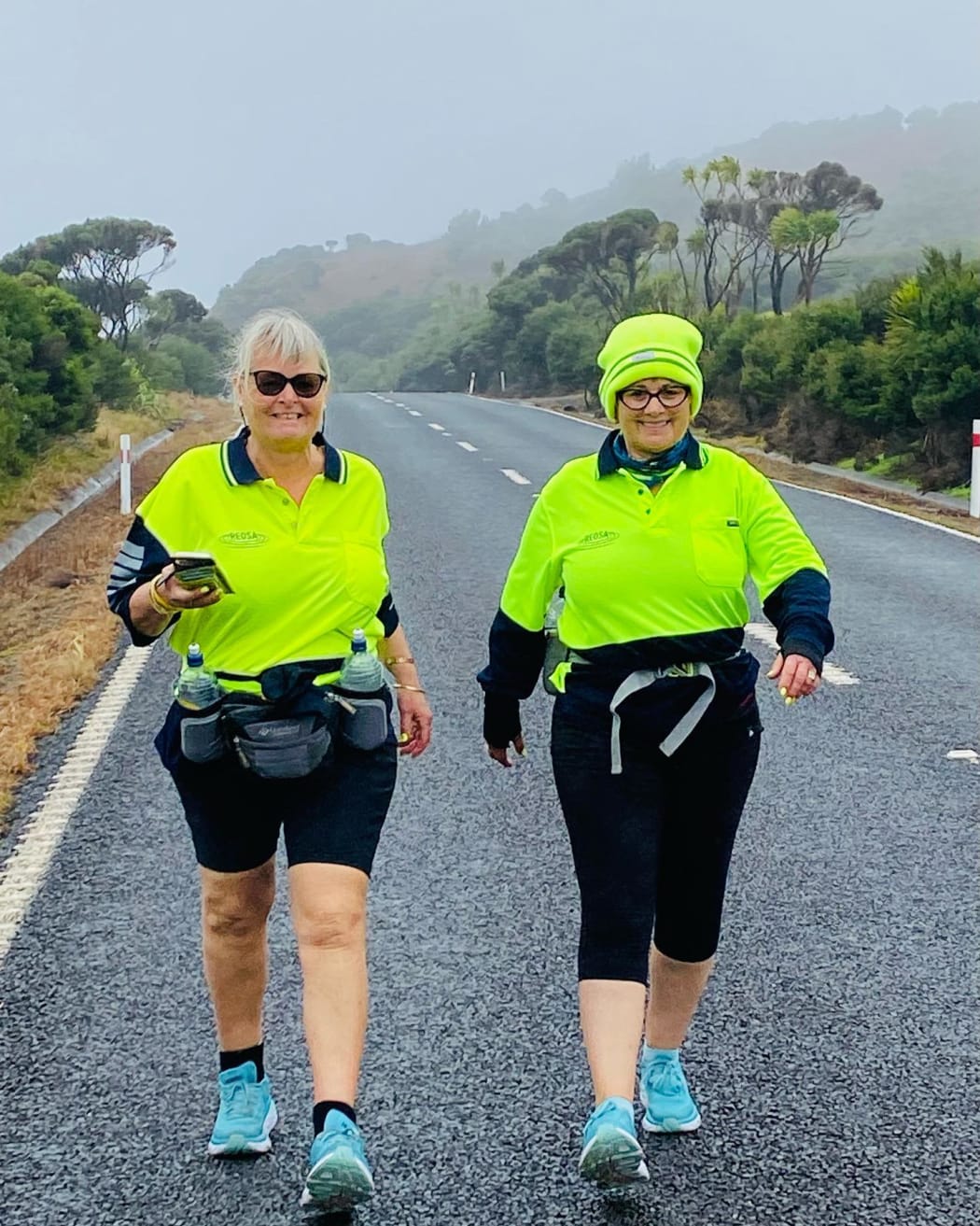 Libby and Kate Arnt are walking and biking the length of New Zealand to promote awareness of sexual abuse.
Photo: Supplied / REOSA Facebook

Two sisters in their sixties have started a journey down the length of New Zealand to raise awareness about the impact of sexual abuse.

Anna Arnt is supporting her sisters Libby and Kate as they walk and bike the 2100km from Cape Reinga to Bluff, over 50 days.

They have called their initiative REOSA, which stands for Ripple Effects of Sexual Abuse.

Anna Arnt said too many New Zealand women experience sexual harm by the time they enter adulthood, and it could have lasting effects, such as depression and self-harm.

Arnt said those women deserved to be able to move on.

“Through the REOSA walk I’ve spoken out on Facebook, and people have reached out to me and they’ve said ‘thank you for being so courageous’.

“So by getting together in a group like this it’s not only raising awareness, it’s giving people the power and the courage to heal. Because it’s not easy to heal.”

The team on the first day of their walk, from Cape Reinga.
Photo: Supplied / REOSA Facebook

Arnt said her sisters were planning to make 30 stops along the way.

She said too often victims of sexual abuse had to bear the burden of what had happened to them, and the fallout, by themselves.

She hoped that prompting discussions about the problem of sexual abuse, and showing women standing up against it together, could help victims overcome the isolation and stigma they frequently encountered.

It was time for stigma of sexual abuse victims to become a thing of the past, she said.

“So that’s why something like REOSA gets out and it says: …’It’s not your fault that you’ve been abused. We need to support you and let you get on with healing’.”