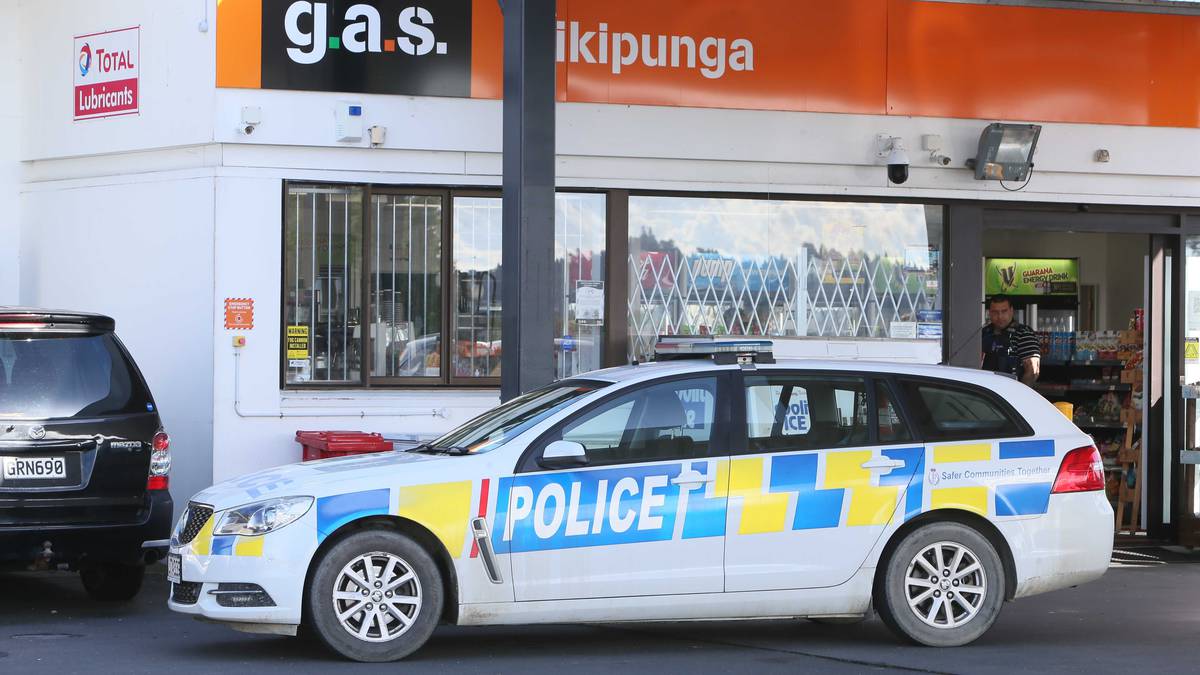 Police at the scene of a robbery at GAS service station in Tikipunga, Whangārei, this morning. Photo / Tania Whyte

Whangārei’s GAS service station in Tikipunga has been robbed this morning with reports of four men armed with hammers raiding the store around 7am.

It’s understood a male working in the service station was hit during the robbery, before the four robbers took off. The car they were in, a Black Nissan, was found abandoned on Morningside Rd, Whangārei, about 20 minutes later.

A short time later there was an attempt to steal a car in nearby Kotata Rd, but the offenders did not manage to get the vehicle started. It’s understood tobacco and vape products were targeted in the robbery.

A large police presence is around the town searching for the robbers. Police were still at the scene of the robbery shortly before 9am.

GAS staff member Bryce Chappell said he was not at work at the time – just one staff member was on duty – but he understood there were no serious injuries in the robbery.

He said the robbery was “not really in the Christmas spirit”.

Police confirmed they are investigating a robbery “at a commercial address in Tikipunga”, which they responded to around 6.55am.

It is understood a group of offenders entered the premises and assaulted a staff member, police said, and left after taking a number of items.

“While no serious injuries have been reported, the victims are understandably shaken, and police are providing support to those involved,” a police spokesperson said.

“At this stage, our enquiries are ongoing to determine the full circumstances of what has occurred.”

Police asked anyone with information that might assist the investigation to contact them on 105, quoting job number P052999367, or anonymously via Crime Stoppers on 0800 555 111.

There were also reports that a dairy in Tikipunga was also robbed this morning, but this was not confirmed by police.

In another incident, Vodafone Okara Park on Port Road was ram-raided overnight.

Around 4.10am, a vehicle was used to gain entry to a store on Port Rd, according to police.

“At this stage police believe the offenders were disturbed and fled in a second vehicle,” a police spokesperson said.

Anyone with information was asked to contact police on 105, referencing number P052998940. Information can also be provided anonymously to Crime Stoppers on 0800 555 111.