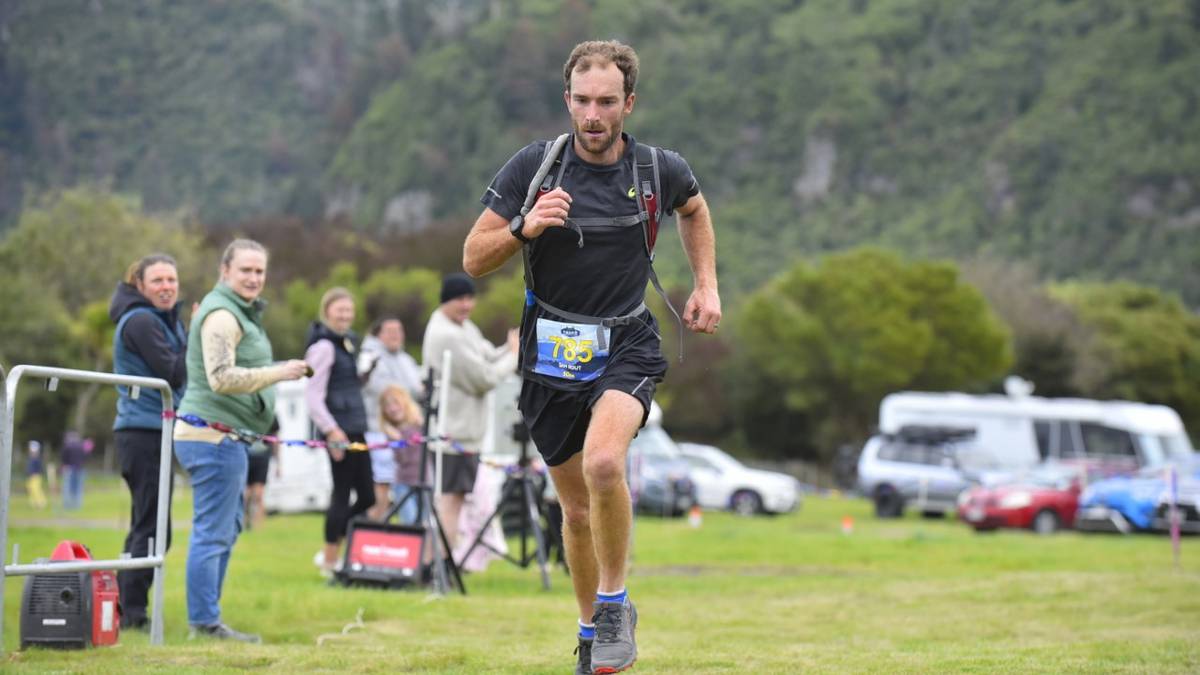 Whangārei’s Sam Rout has always been a keen runner.

But even he was shocked at winning the Tāupo Ultramarathon 50km race last weekend, especially as it was his first ultramarathon event, though Rout does admit to having a secret weapon in his arsenal.

Rout is from the Hātea Run club – which had unprecedented success at the Tāupo event – and won the race a good 10 minutes ahead of his nearest competitor with a time of 3:47:01.

Rout only got back into running a few years ago, and while he had always enjoyed it, the success took him by surprise after he took the lead about the halfway mark.

Hātea Run runner and firefighter Ady McKenzie placed 6th overall in the 50km race and was the first woman home.

Rout said the club had a secret weapon at its disposal that could give it the edge over others – the gruelling Glenbervie Forest.

”The Berv [as they call the forest], that’s our secret. It’s difficult terrain to run over.

”It’s got plenty of hills and that helped at the weekend.

”It helps build the leg strength and the Tāupo course had a climb of 800 to 900 metres over the 50km, so that wasn’t a problem really,” Rout said.

Rout did not know what exactly to expect in the race, given it was his first, so he kept up with the leaders and took the lead at about the 25km mark and didn’t look back.

”I don’t really think about looking back when racing. I think that’s a bit of a weakness, so I just focus on looking forward and staying focused.”

Rout, aged 31, got back into running about five years ago after he and wife Samantha started doing park runs in Australia.

They realised he was ‘not too bad a runner” and when they got to Whangārei started doing the Hātea Run park runs.

So what’s the next step given this early success?

”It might be the 100km. That will require a lot more training, but that may well be where I go. I’ve got the Kerikeri [half marathon] in November and I’d like to win that.

”I was fifth last year, so I’d like to get better than that this year, but it depends on how many fast Auckland runners come up for it, but that’s the goal,” Rout said.

Hātea Run immediate past president Jim Kettlewell said the Glenbervie forest was an ideal training ground for the runners, and was definitely the club’s secret weapon.

”Quite a few years ago [Kiwi coach] Arthur Lydiard had a look at the forest and reckoned it was better than the one he used in Auckland for his runners, so he sent one of his best runners up here to train in Glenbervie because it’s so good,” Kettlewell said.

He said The Berv was a big factor in the club’s success last weekend and this was the first time the club had won the ultramarathon event.

It may mean the club’s runners have targets on their backs in the future, but it’s something Kettlewell says will only make the runners even more determined to do well.

Hātea Run currently has 70 members running and meet at 8am every Saturday at Whangārei park run for training.

Every Sunday it’s into the Glenbervie Forest for more of those hills.