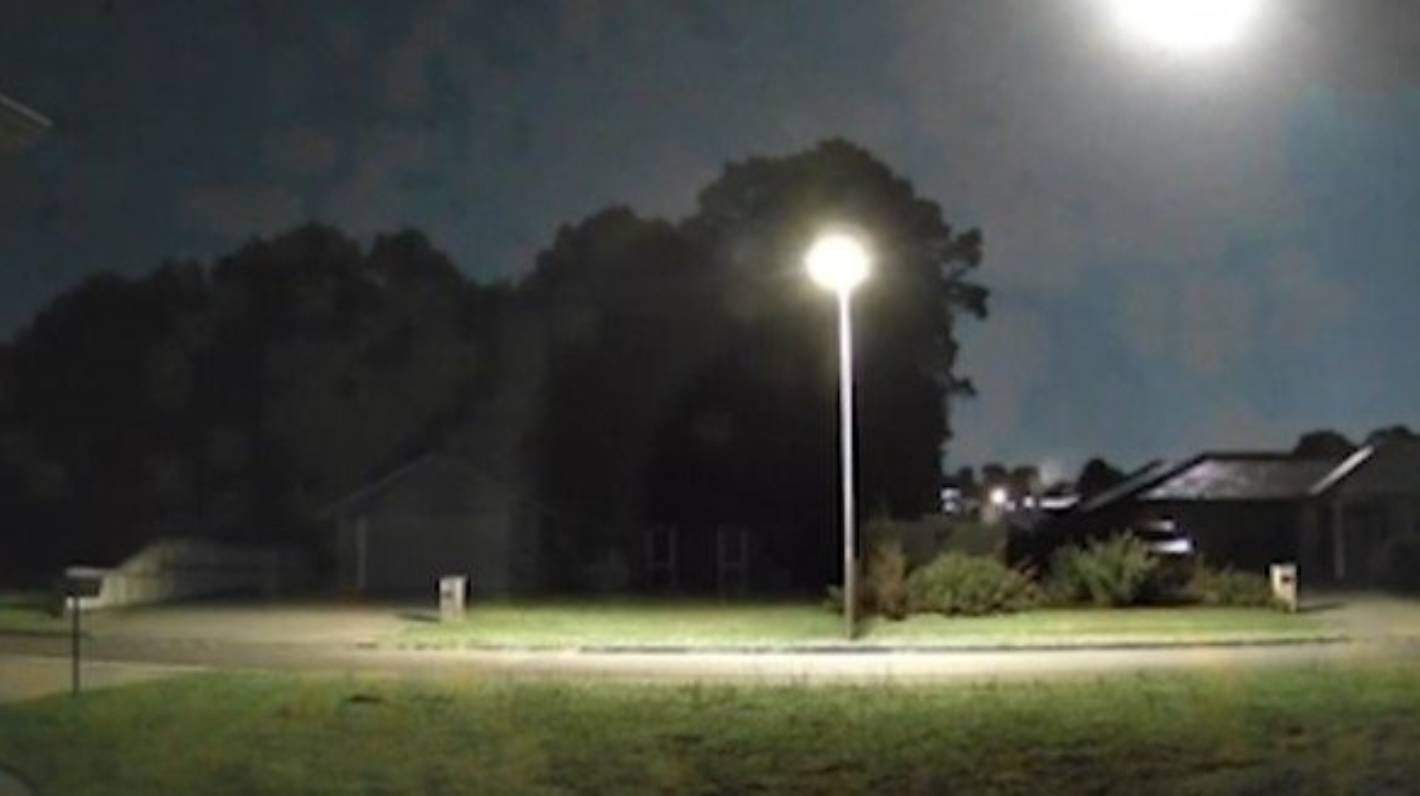 A Whangārei family “freaked out” after realising what had been captured by their security camera – a fireball lighting up the night sky.

On Saturday, a meteorite or “fireball” flew across Northland, potentially leaving pieces of scattered rock in its wake.

The flight was captured on Teina Cook’s security camera, but she didn’t realise the incredible video she had in her possession until the next morning.

It shows a bright ball of light soaring towards the camera, before decreasing in size and disappearing.

READ MORE:
* Dog kennel hit by meteor could fetch up to $450,000 at auction
* Footage captures ‘incredible’ meteor blast in Australia
* Meteor and fireball shower hits its peak, set to light up night skies

“It didn’t wake me up at all, and I actually thought it was a helicopter to start with when checking my camera,” Cook said.

“When my husband explained what it was it freaked the kids and I out.”

Associate Professor James Scott from the University of Otago said New Zealand saw “a handful of these per year”.

Scott and his team have been poring over witness reports to work out where the meteorite ended up.

“This latest film may help solve that. It is stunning footage of a rock that is being melted and vaporised as it speeds through Earth’s atmosphere,” he said.

“The fireball winks out at the end because the meteor has decelerated to a point where the compressed air in front of the meteorite is no longer hot enough to melt the rock.

“After this luminescent phase, it goes into dark flight, where the rock is buffeted by winds before landing on the ground.”

“Most meteors just skim the atmosphere, while fireballs get in really low and so are much brighter,” he said.

“At times, Earth’s orbit intersects meteor showers, and it is possible to see hundreds per night.”

Scott said very few of those formed fireballs, either because the debris was very small or they didn’t get to low elevation.

Scott and his team at Fireballs Aotearoa were aiming to find New Zealand’s next meteorite and videos like Cook’s helped them to achieve that goal, he said.

Dr Michele Bannister, a science communicator at the University of Canterbury, said people in the region should look out for “unusual black rocks”.

“If any material is found, it should be photographed, the location precisely recorded, and only picked up with gloves and placed in a plastic bag.

“The material is probably fist-sized or less.

“Let us know if you find a piece on your land or road, and don’t take any risks searching for it and don’t go where you shouldn’t.”