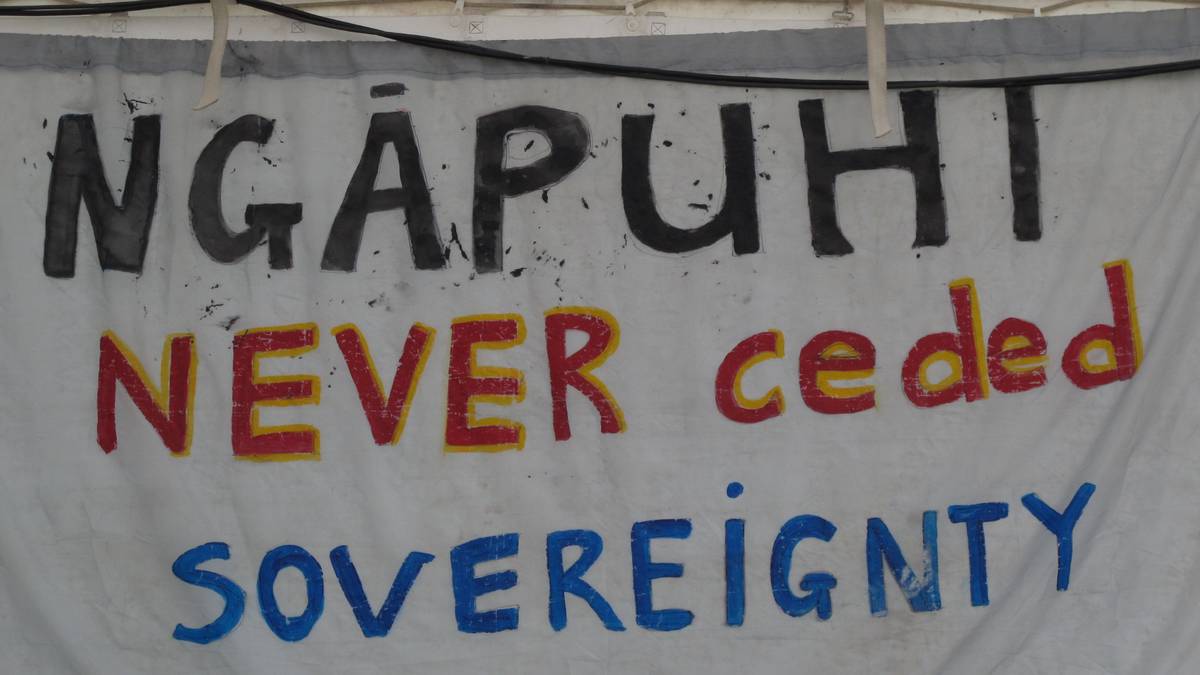 A Ngāpuhi leader is calling on the Crown to take “immediate steps” to set the groundwork for a new constitutional partnership. Photo / Peter de Graaf

A hui at Waitangi today could finally start paving a way forward for Ngāpuhi’s 110 famously fractious hapū as they seek to settle their Treaty grievances with the Crown.

The independent hui comes just weeks after the Waitangi Tribunal released an almost 2000-page report detailing its findings from stage two of Te Paparahi o Te Raki — a years-long inquiry into Treaty breaches, land loss and military action suffered by Ngāpuhi between 1840 and 1900.

The tribunal went further than many expected by calling on the government to return all Crown-owned land in Ngāpuhi’s tribal area as well as paying significant compensation to allow the iwi to rebuild its economic base.

Even more challenging for the government, however, is a tribunal recommendation that the Crown starts talks with Māori about reworking the country’s constitutional framework to reflect the fact Ngāpuhi never ceded sovereignty.

The key finding of the bombshell stage one report from Te Paparahi o Te Raki, completed in 2014, was that Ngāpuhi chiefs did not give up their tino rangatiratanga, or sovereignty, when they signed the Declaration of Independence in 1835 or Te Tiriti five years later.

The tribunal’s rulings are not binding but carry moral authority.

Wane Wharerau, chairman of Te Rūnanga-ā-Iwi-ō-Ngāpuhi, said he hoped the Crown would act with honour now the stage two report had proven “deliberate and systematic collusion between settlers and colonial governments” to strip Ngāpuhi of their land, forests, mineral resources and fisheries.

“The catalyst to these losses was the sabotage of tino rangatiratanga to which Ngāpuhi rightly focused their energies during the hearings … It is irrefutable that land losses, theft of resources, denial of Ngāpuhi economic development, social and health deprivations are direct consequences of colonial government and settler duplicity, to which the Crown swore to protect Ngāpuhi against. The Crown badly failed Ngāpuhi in this respect.”

Wharerau said the independent hui, which the rūnanga supported, could be the first of many to decide a way forward for Ngāpuhi.

He believed Ngāpuhi expected full compliance with the report’s recommendations, and called for immediate steps by the Crown to start the groundwork for a new constitutional partnership.

“Ngāpuhi have a multitude of viewpoints but stand united on the most important finding in this report — that tino rangatiratanga is central to everything.”

Wharerau said the report was certain to dominate discussions at next month’s Waitangi Commemorations.

The hui will be held at the Treaty Grounds’ Tahuaroa Conference Centre.