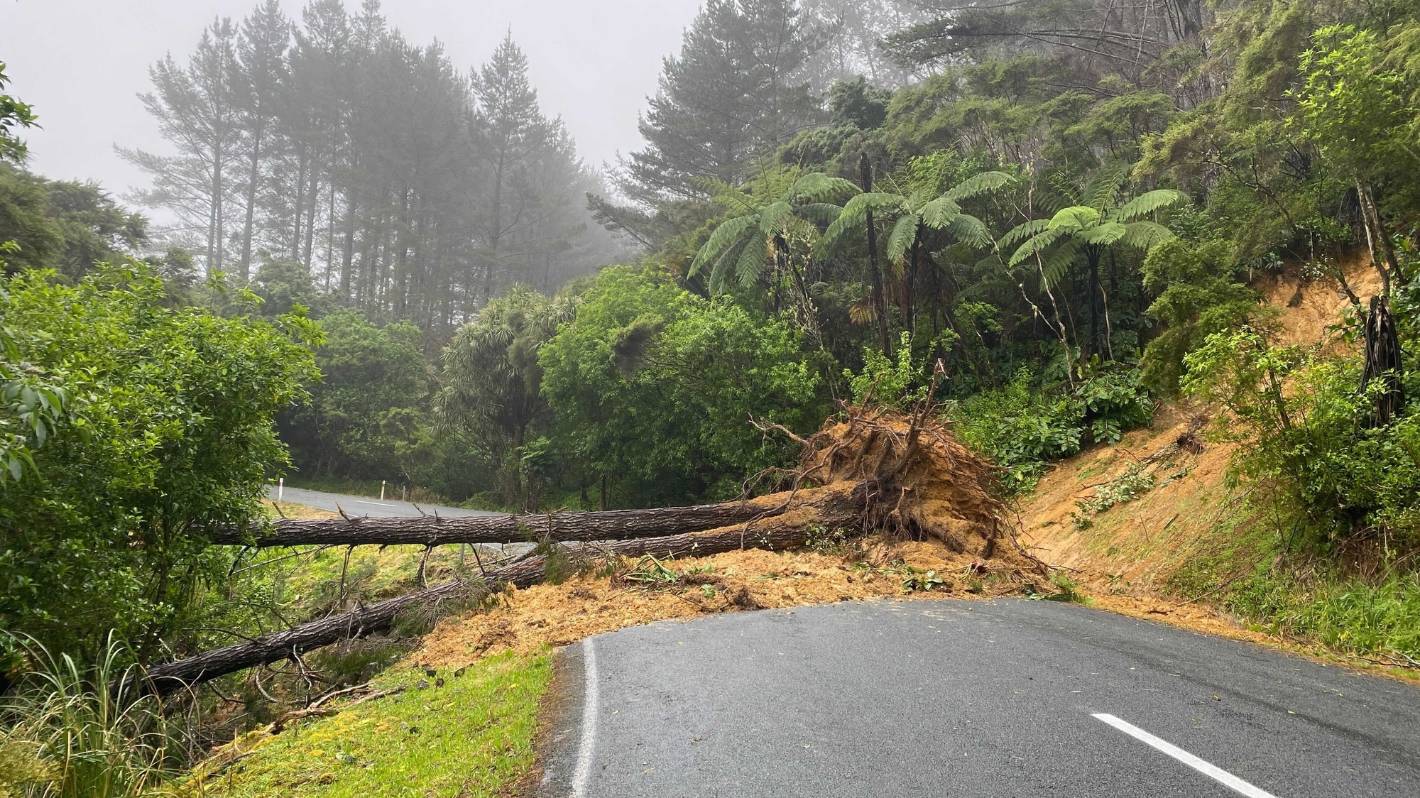 MetService is warning of scattered thunderstorms across the North Island in the afternoon.

MetService says between 2pm and 10pm, there could be heavy downpours of 25-40 millimetres per hour in Northland, with risks of flash flooding and slips.

The weather agency will give another update at 10pm tonight.

It comes as torrential rain last week caused slips and flooding across the Northland district, including closing State Highway 1 at Whakapara on Friday night.

Whangārei District Council has said the clean up job will cost millions, with 10 roads still damaged at the beginning of this week.

The flooding was so severe, Te Whatu Ora – Te Tai Tokerau Medical Officer of Health Dr Catherine Jackson issued a warning last Friday for people in Whangārei to stay out of waterways, floodwaters and harbours to avoid contact with contaminated water.

People shouldn’t collect shellfish likely to be contaminated with human sewage for at least 28 days.