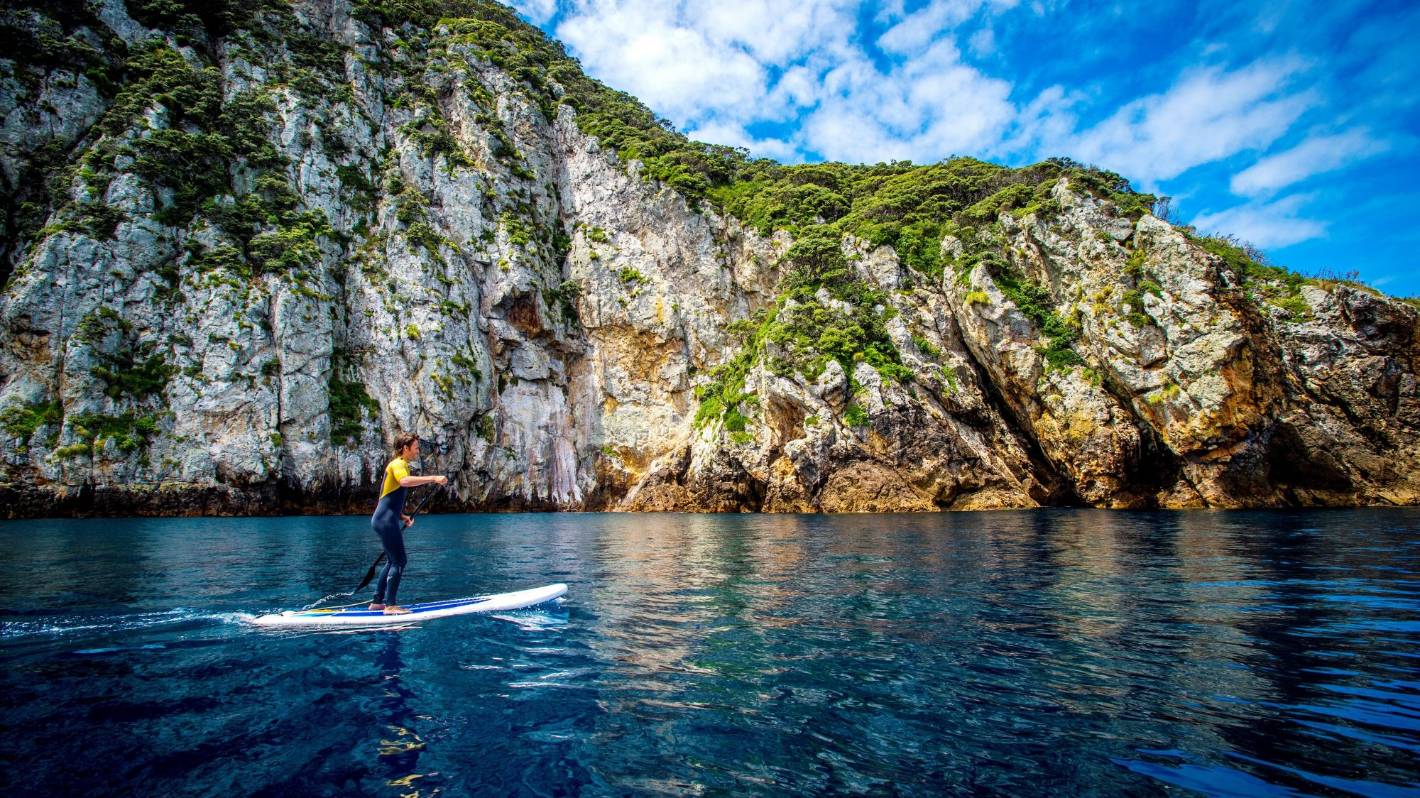 The Poor Knights Islands, east of Whangārei, are a popular spot to visit. (File photo)

A teenager who got stuck in a cave crevice on a school kayaking trip had to hold her breath each time a wave came into the cave and swamped her, a court has heard.

The girl and her friend, both from Tauraroa Area School, still suffer nightmares and a fear of the water after getting stuck in the cave during the boat trip to Northland’s Poor Knights Islands in December 2020.

In the Whangārei District Court on Tuesday, the school’s Board of Trustees was sentenced under new health and safety laws for a charge brought by WorkSafe.

The school previously admitted to putting the health and safety of the two students at risk during the trip, including failing to ensure there was a supervision plan.

WorkSafe has also laid a charge against the company but this is still before the courts.

McDonald said it was clear both the students could have drowned and it should have been predicted teenagers would want to go into the cave, despite it being out of bounds.

The court heard about 30 Tauraroa Area School students went on the trip to the Poor Knights aboard Dive! Tutukaka boat Perfect Day.

Due to the weather, the skipper chose to moor at Cave Bay for students to kayak, swim and snorkel.

The students were briefed to stay off the island, stay away from cliffs and rocks, and stay in sight of Perfect Day at all times.

But after about 90 minutes, a group of six students ventured into a narrow cave.

With the swell rising and seas turning moderate, the students got into difficulty getting back out of the cave.

Two students, aged 13 and 14 at the time, were on a double kayak which was thrown onto a rock and capsized.

The 13-year-old girl got her feet trapped in a crevice and was unable to free herself.

“Every time a wave came into the cave she was totally submerged, meaning as a wave came towards her, she had to hold her breath until the wave drained out,” McDonald told the court.

The 14-year-old boy, who was not wearing a lifejacket or wetsuit, was washed into the back of the cave and unable to get out.

Stay away from rocks and rips at the beach over summer, surf lifesavers say. (Video first published in November 2019.)

Within 15 minutes, the girl was rescued by a Perfect Day crew member, who was then also washed into the back of the cave by the churning water.

It took a further two hours for the 14-year-old boy and crew member to be rescued by Coastguard and rescue helicopter.

“Both the young students were extremely fearful that they were going to drown,” McDonald said.

He ordered the school to pay reparation to each student, of an undisclosed amount.

But due to the school’s restricted funding, he decided such a fine would be a backwards step for the school’s students and the community.

The judge said the school had no health and safety plan for education outside the classroom, such as the boat trip.

But McDonald acknowledged outdoor education could never be totally without risk.

“It’s important that pupils at school get some sort of outdoor education.”